'Breadwinner But Not Leader': Warring Identities Of Women In Manipuri Politics

More from Rakhi Bose
View All

Every time Sophia Rajkumari watched her mother with a microphone, she was filled with a quiet sense of pride. As a local level community leader and women’s rights activist in Imphal, Manipur, the calming tenor and arresting presence of Moirangmayum Jibanlata Devi has given hope and assurance to many vulnerable women. Working with the Helping Hands Uripok Khwai Brahmapur Imphal, the leader became the voice of many voiceless women and was loved and respected in equal measure. Once at home, however, her voice was all but lost. At home, Rajkumari only heard her father’s voice. “It’s the exact same thing in Manipur’s politics. Women are allowed to make a lot of noise. But in the end, the men decide,” Rajkumari says.

Rajkumari has followed her mother’s footsteps and become a woman’s rights activist and founder of Eta NorthEast Women's Network. But just like in every other election year, the activist is disappointed with the lack of women candidates across national and regional parties in Manipur. “Did you know that there are over 64,000 more women voters in Manipur than men?” Rajkumari quips. And yet, with polling set to begin on February 27, only nine women have made it as candidates out of over 181 contesting from five parties for 60 seats. The BJP and Congress have fielded three women each. BJP's list includes a sitting MLA. The National People's Party has fielded two women while the JD(U) has fielded one woman candidate out of 30 - top cop Th Brinda. As per a report in Hindustan Times, 3,77,290 electors have enrolled in the Imphal West District, with a ratio of 1,099 women to 1,000 men. 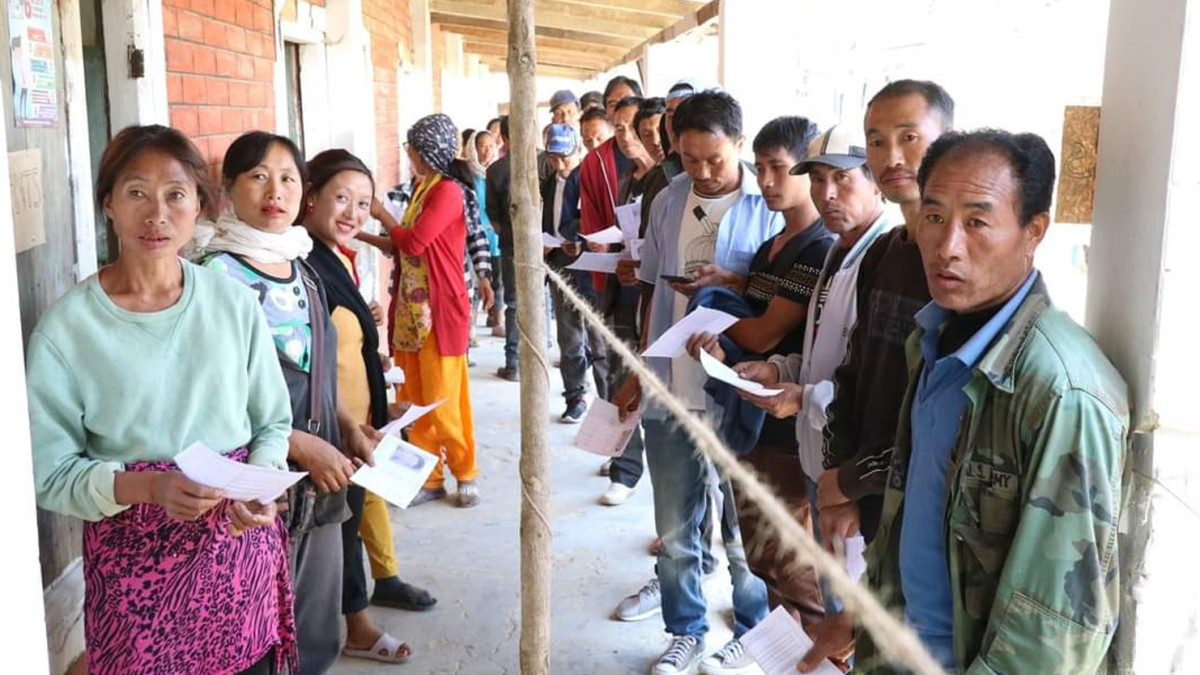 The identity of Manipuri women is distinct from those of most Indian states. It is one of the few states in the country that culturally looks at women as bread earners. That explains the high visibility of women in the public sphere and relatively higher participation of Manipuri women in the labour force, as opposed to other states. Women have also been traditionally seen as a collective force in Manipur, giving the impression to many that Manipuri women are more empowered and liberated than those in other states. According to women in Manipur, that is not entirely true.

Manipuri women also come from a heritage of political movements dating back to the colonial era. The Nupi Lan (Women’s Wars) of 1904 and 1939 led by women against the British Army has been memorialised by the ‘Ima Keithel’ or the Mothers' Market—run entirely by women—a fierce reminder of the power of women’s agitations in the state. Nearly 50,000 women vendors run the marketplace with the government banning male vendors in 2018.

In a 2020 paper titled ‘Women and Work in Manipur’ published by Manipur University researcher Sophia Arambam, women in Manipur are less likely to face the typical kinds of discrimination faced by their counterparts elsewhere, such as pressure to marry early, demands for dowry or other social ills like bride burning or female foeticide/infanticide that, say, North India is notorious for.

Manipuri women are also known for their enduring struggle against AFSPA with civil right activist Irom Sharmila becoming a symbol of peaceful yet valiant resistance in the face of oppressive security forces and laws. The image of 12 naked women with a banner proclaiming 'Indian Army Raped Us' as a sign of protest against the atrocities of the armed forces under AFSPA has been riven the nation's collective memory. Women also became active participants in the anti-CAA and NRC protests of 2019-20. Yet, Manipuri women have failed to make a mark as politicians at the national level.

“Yes, we are seen as a strong collective that can lead movements. Local-level 'mahila samitis' are common in Manipur and women collectively raise their voice for a lot of things. But there is a difference between collective power and individual agency,” says Manipur-based journalist Ninglun Hanghal. On top of that, Hanghal adds that politics is still seen as a male domain. “Women in politics often have to go through hell from families, neighbours and parties themselves, making it difficult for most to reach the top.” 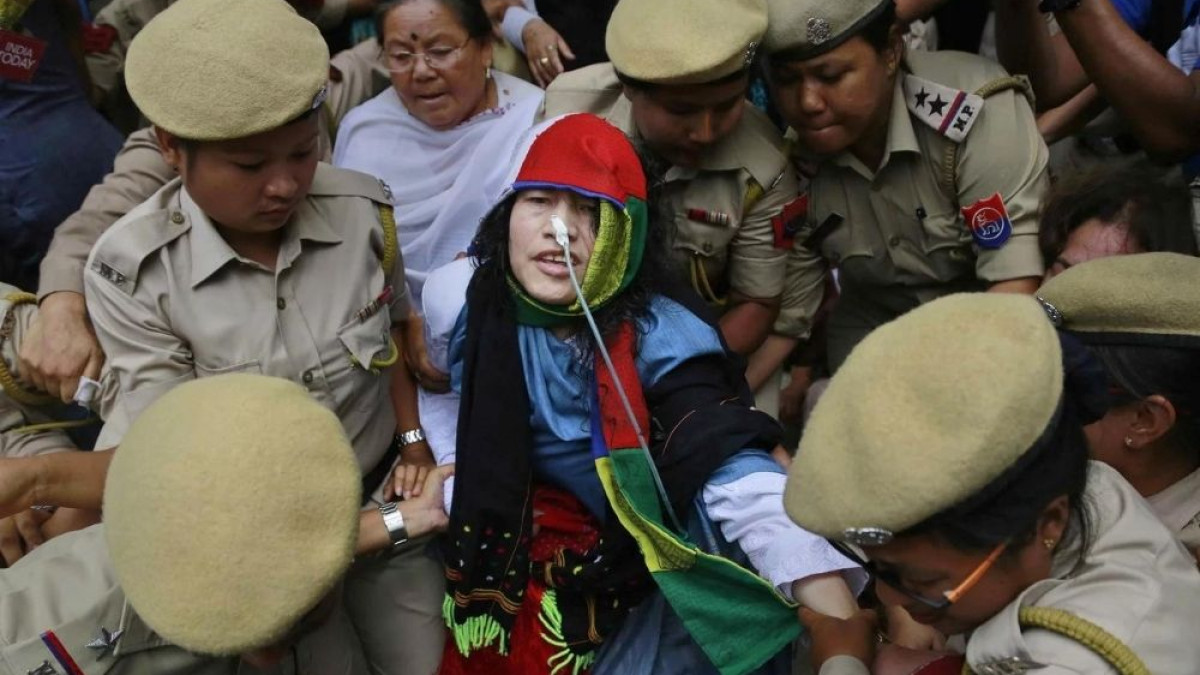 In Manipur, the Bharatiya Janata Party has appointed a woman as the state unit president. Many have praised it as a move in the direction of gender equality and inclusivity. Demands for 33 per cent reservation of women has also been raised. But, Leika Yumnam, president of the National People’s Party (NPP) youth wing, says the state is still a long way from achieving equality when it comes to women’s representation in politics. Leika, who is a mother to a young daughter, says that managing work and home life can be daunting. “It’s not just the woman who decides that she wants to be in politics. Systems need to be created to ensure to accommodate her needs. Little things like ensuring meeting and work timings don’t clash with a woman’s personal commitments, such as child-rearing, may go a long way in ensuring more women in politics,” Leika says.

Manipur’s work percentage rate (WPR) is much higher than the rest of India (41.2 in Manipur, compared to 30 in RoI). As per the 2011 census, 42.59 per cent of the workforce in Manipur were women. Not only is it higher than other states, women are also distributed across various sectors, with 44.46 per cent of the working women engaged in agriculture, while 48.81 per cent worked in manufacturing, services and trade. While the NSS data is more conservative, it too shows higher participation of women in both paid and unpaid labour. The fact that women are a historically large part of Manipur’s economic workforce owes to the state’s geopolitics. 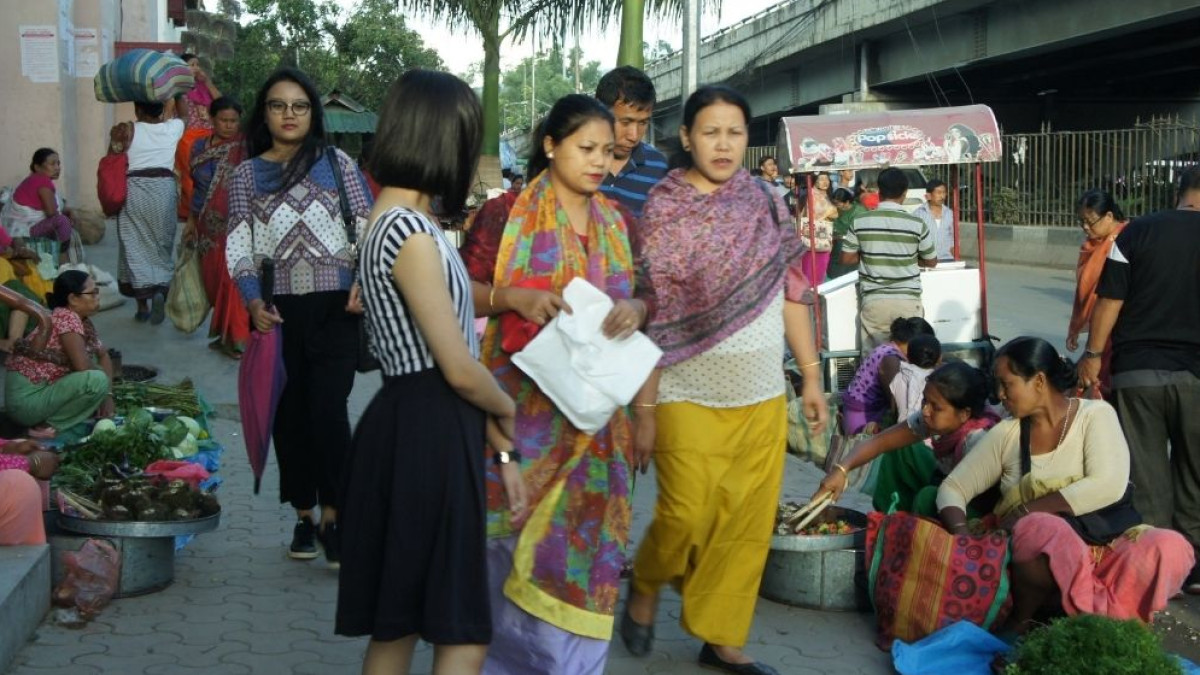 A former princely state and British protectorate, Manipur was a kingdom till 1949 until it acceded to the Indian Union of states. Before that, it was engaged in near-constant war with several neighbouring regions, including present-day Myanmar and even parts of southern China. On the west, it was surrounded by territories that are now part of India such as the kingdom of Assam. This meant that large parts of the male population were on the warpath as part of the King's Army for long periods, making the economic burden to run the household squarely upon women. This, according to Professor Ichema Sheelaramani, Principal of DM College of Arts in Imphal, is what caused greater economic participation of women in the workspace in Manipur and in turn, shaped and solidified their role in the public sphere. “An average Manipuri woman is politically aware and economically self-sufficient due to her daily participation in trade, commerce at the marketplace, which also allows her to be part of a larger group of women, adding to her sense of collective,” Sheelaramani tells Outlook.

“This, sadly, does not mean that Manipur is not a patriarchal society. While women are accepted as bread earners, they are not respected as decision-makers or leaders,” Ramani says. This could be one of the reasons political parties deny women poll tickets because they perceive them to be low on “winnability”.

The history of women’s participation in the state is dismal. It was only in 1990, eighteen years after Manipur became a state, when it got its first woman legislator. Hangmila Shaiza was the wife of Manipur’s fourth chief minister. Since then, the state has spawned less than 10 women legislators and MPs in nearly five decades of electoral politics. From 1972 to 2007, only four women managed to become MLAs. A majority of them were related to famous male politicians.

Sheelaramani feels that education is the only way forward. “If change has to be brought home, it can only happen through educational interventions by students, parents and ASHA workers-turned teachers,” she says. Contrary to popular belief that Manipuri is a matriarchal society, educationists like Sheelaramani stress the need for inclusive education as the only way to promote women’s causes. 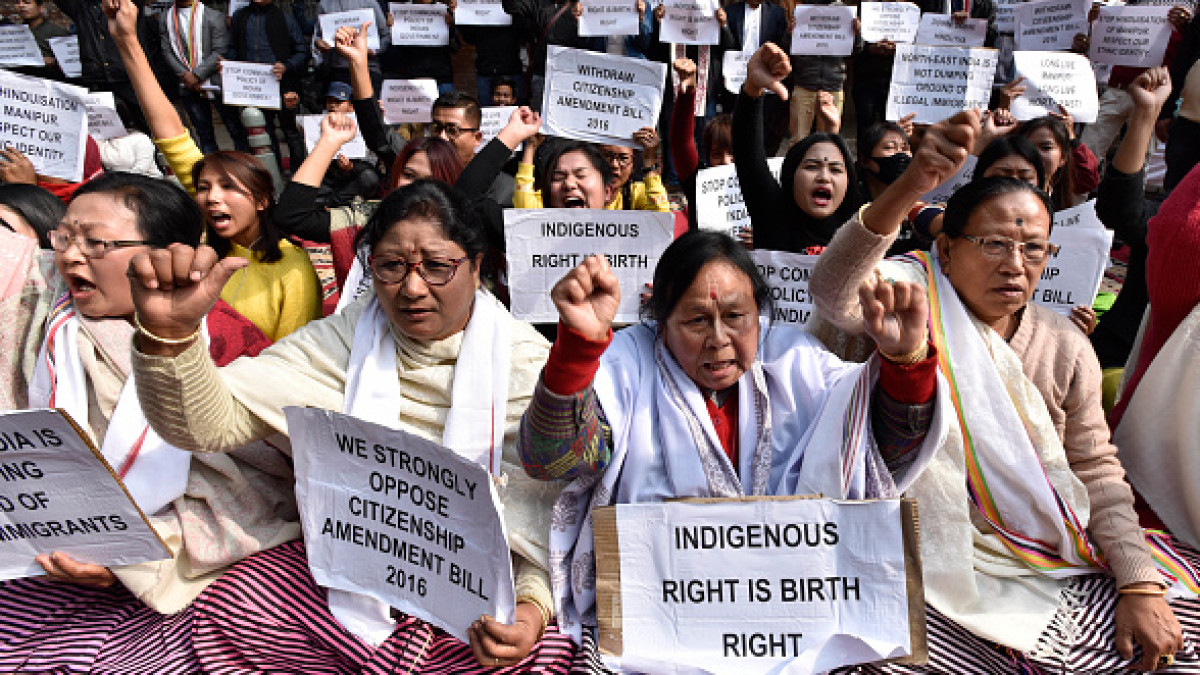 At a political level, Leika Yumnam says while increasing participation is important, parties also needed to focus on women’s issues like education and safety. “In our party manifesto, NPP has touched upon several key issues for women’s development,” the youth leader says, adding that true change can only come when women’s issues become electoral issues. “Problems like domestic abuse and sexual harassment remain rampant. But you don’t see them becoming hot poll topics,” Yumnam adds.

Even today, most rural, as well as urban households in Manipur, prefer male children. Married women who give birth to male children as their firstborn enjoy special status in the family. Women are not allowed to be part of several religious rituals. Male children have higher access to education. Reflecting on the statistics, activist Sofia Rajkumari wonders if women themselves respect other women as leaders. “It works at the local level. Leaders like my mother and even I have been working for years to empower women at the ground level. But achieving true political emancipation at a state and national level remains a pipe-dream.”