Part 18 of 'Sands of Time' looks at the former beauty queen, dancer and actor Prema Narayan, who won the Femina Miss India World pageant in 1971 and went on to appear in memorable roles in films like 'Umrao Jaan'.

When Anita Guha arrived in Bombay to find her footing as an actor in Hindi films, some of her family members from Calcutta followed her to the city of dreams. Among them was her spritely little niece, Rumu. Rumu was exceedingly fond of her mashi (aunt). Mashi was her idol, and she didn’t let go of any opportunity to follow her to the studios. The family settled in Bandra. Rumu accompanied Anita to the sets often, and being the curious soul she was, happened to learn a thing or two about the making of movies and the machinations of the film industry.

As she grew, her attention shifted from the studio floors to books. Rumu was quite the bookworm, and she was often found poring over thick textbooks. She went to a convent school at Borivali. The place was surrounded by dense forests those days, and the school was run by very stern, sombre nuns. Her only other indulgence those days was dance, which she practiced with much glee and devotion. It was a long walk from Bandra to Khar, where she went to train in classical dance. Legendary danseuse Gopi Krishna’s dance academy provided the requisite training, and she became quite adept at classical forms like Kathak and Bharatanatyam.

Rumu’s parents led busy lives. Her mother Anuradha Guha was constantly touring, delivering dance performances on stage, and her father had his business to look after. It was her grandmother who raised her, and she was the closest to her. Even in her young days, she was no stranger to acting. She participated in Bengali and English theatre. But her proficiency in academics endeared her to the teaching profession. Rumu, all grown up and out and about, was now called Prema Narayan. She enrolled for a teachers’ training course at Sadhana Institute. Prema had it all figured out. But fate, like it often does, had other plans.

Miss India pageants have existed since 1947. There were several of them, in fact. In 1952, there were as many as two Miss India contests, with two distinct winners. Femina, a magazine founded in 1959, organized the first official Femina Miss India pageant. Anita Guha, Prema's aunt, had begun her career by winning a beauty pageant. She became Miss Calcutta in the early 50s, and won a talent contest in Bombay as well. As Prema was learning the ropes of teaching, many of her compatriots were venturing into modelling on the side. When she came across an ad for the Miss India competition, she thought, "Why not?" She applied and, to her surprise, was accepted. It was 1971 and Prema Narayan was 18 years old. 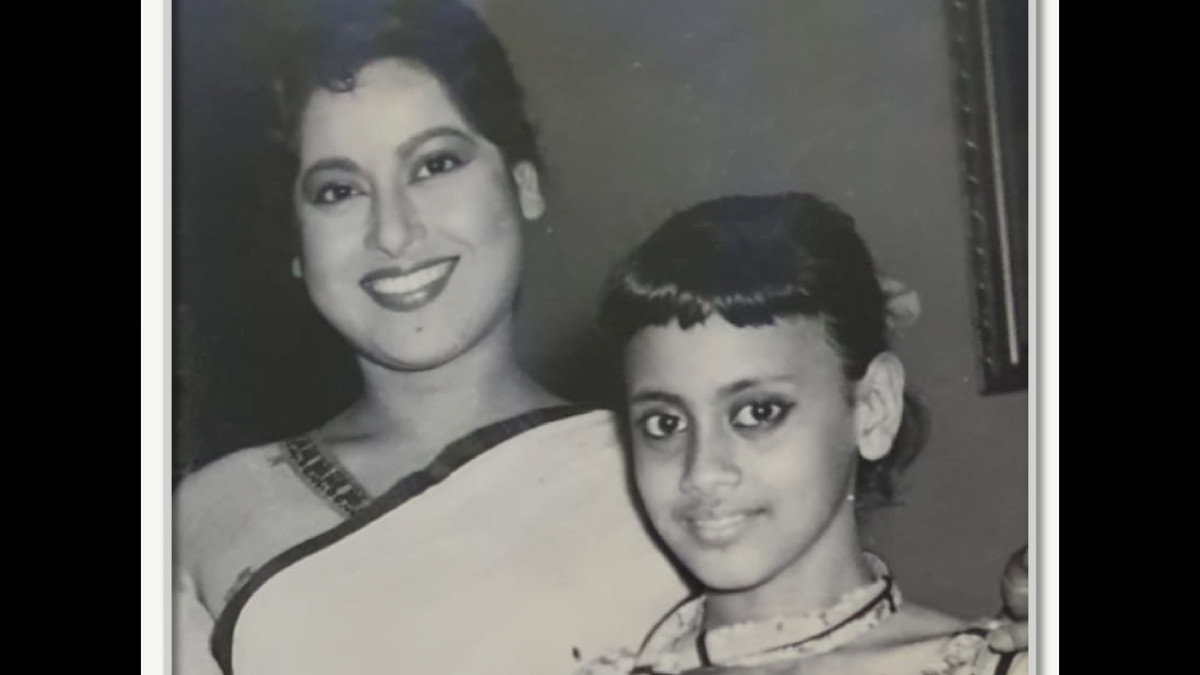 Sands Of Time - Part 8 | Making Music In The Shadows: The Curious Case Of Kanu Roy

Instagram did not exist at this time. There was no Internet or even cable tv, to apprise young girls about the basic tenets of modelling. The contestants were trained by a seasoned model from Bombay on how to walk the ramp, talk, and conduct themselves. She felt out of her depth at first, but soon found the confidence for this new adventure. However, it was the idea of walking in public in a swimsuit that gave her the creeps. Thankfully, the swimwear round didn’t take place on stage, but inside a room with only the judges present. When she won Femina Miss India World, Prema felt – and I quote – that she was “going to fall through the floor”. Whoever had heard of a teacher, with no experience of modelling, winning a beauty pageant?

Prema Narayan represented India at the Miss World pageant held at Royal Albert Hall during the winter of 1971. This was the first time she was travelling alone, and she was petrified. On reaching London, out of her naïveté she kept wearing saris through the various rounds, instead of showing up in a variety of costumes each day, as was desired. After London, she was in Australia as part of the Queen of the Pacific pageant, where she was the runner-up. She returned to Bombay and started teaching kids at a Kindergarten school. And that is when the floodgates opened. Prema was inundated with offers from the film industry. The first role she accepted was for Mahesh Bhatt’s directorial debut 'Manzilein Aur Bhi Hain' (1974), where she played the lead opposite Kabir Bedi. Her work got noticed and within just a year’s time, she was matching wits with Uttam Kumar and Sharmila Tagore in Amanush (1975).

Though these were “supporting roles”, Prema made a conscious attempt to bag parts that had something to bite into. As she said in a recent interview (her only interview since her retirement), “I played a diverse range of characters over the course of my acting career...Some may call my choices bold, but for me, it was about challenging myself and trying new things. I was always open to different kinds of roles, and I was never concerned with being the heroine—who was usually a fairly helpless and weepy character..". 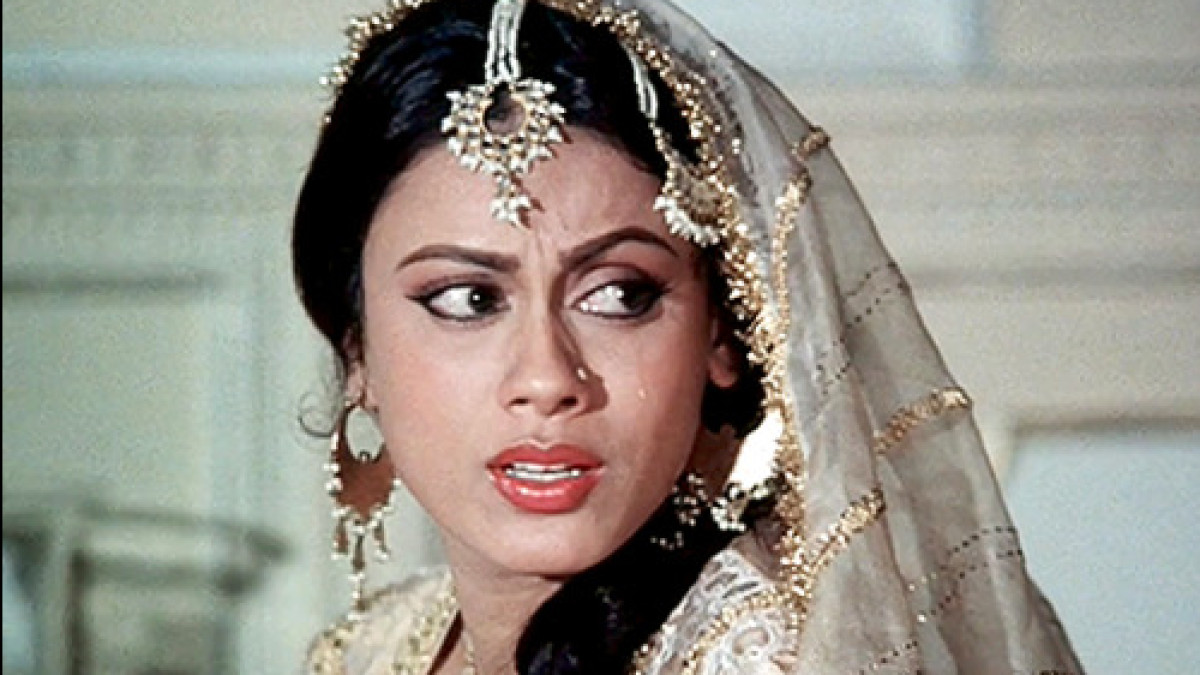 Prema Narayan in a still from 'Umrao Jaan'

'Manzilein Aur Bhi Hain' was a cross between a crime caper and a bizarre ménage à trois where two bandits on the run (Kabir Bedi & Gulshan Arora) team up with a streetwalker called Shanti (Prema). They aim to cross the border, but things get complicated when both men develop feelings for her. There are extended sequences where the trio tries to navigate the dry, arid landscape as she gradually loses her mind. It didn’t seem for a second that this was Prema’s first movie. She took to the sets and acted as a fish takes to water. Her portrayal of Dhanno in Amanush earned her a nomination for Best Supporting Actress at Filmfare that year.

In the two decades that followed, Prema etched a solid body of work in supporting roles. Her dancing skills held her in good stead. In 'Umrao Jaan', as Umrao’s confidante and compatriot Bismillah, Prema Narayan had to match steps with Rekha, as they danced to Ustad Ghulam Mustafa Khan’s velvety raagas. While Rekha had to learn the nuances of Kathak exclusively for the film, Prema was already an exponent. She co-starred with Rekha again in 'Ghar' (1978), which was one of her more satisfactory roles. The song Botal se ek baat chali hai was shot on her. But if there was one song of hers that still dominates the airwaves, it is Rambha Ho Ho from 'Armaan' (1981), an ugly reimagining of 'Casablanca' (1942). In what was possibly the first-ever attempt at a biopic of the infamous bandit Phoolan Devi, the Bengali movie 'Phoolan Debi' (1985) featured her in the title role. Somewhere in the mid-90s, Prema Narayan chose to hang up her boots and settle down to tranquil family life. She married a lawyer and raised two sons. Little Ruma is a wise old woman now, trotting the globe with her husband, often amusing herself with stories from her halcyon days.