Book Review: A Gripping Testament To Our Divisive Times

Kunal Basu’s latest novel, ‘In An Ideal World’, is not just about two competing visions of India, but also about the courage of compassion.

More from Rituparna Roy
View All

Kunal Basu’s protagonists are prone to embark on perilous journeys, by design or circumstance. In ‘The Opium Clerk’ (2001), Hiran from colonial Calcutta finds himself in Canton and Kutching. In ‘The Miniaturist’ (2003), Bihzad in Akbar’s court is exiled to Samarkand, following a transgression. A pair of quarrelling Victorian racial scientists conducts their most daring experiment in Arlinda, off the coast of Africa, in ‘Racists’ (2006). Antonio Maria travels all the way from Portugal to China to find a cure for syphilis in ‘The Yellow Emperor’s Cure’ (2011).

Besides his historical novels, we find the same trope of quest and adventure at play in Basu’s more recent fiction, set in contemporary India: a sister goes in search of a twin sold to traffickers in ‘Tejaswini O Shabnam’ (2018); a daughter is determined to find her biological mother in ‘Sarojini’s Mother’ (2020). In his latest novel, ‘In An Ideal World’, there is a twist: parents set out to retrieve their lost son — but lost to an ideology of hate and exclusion that they themselves had never subscribed to. The psychological distance they need to traverse to find their son is the most harrowing part of the search, though there is no dearth of physical danger and uncertainty in the process.

Joy and Rohini Sengupta lead staid lives. A rebel-turned-banker and a no-nonsense principal of an international school, their unremarkable (though comfortable) quotidian existence is established early in the novel:  “In Rohini, Joy had met the perfect antidote: the brute force of life neutralized the juvenilia of youth. Their life, built bit by bit with salary, increment and bonus, bore the hallmark of a solid plan. It had yielded a south-facing flat — a rarity in the city —  twenty uninterrupted years without an affair on either side, and Bobby. For health, they had yoga, and servants for housework. There were friends carried over from college and new ones; for fun, an occasional joint to go with rum on weekends, and fucking on the open terrace when drunk.”

The placidity of their lives is, however, shaken when their only son, Bobby, gets implicated in the disappearance of Altaf, a Muslim student of his university, in the imaginary town of Manhar. Bobby had enrolled for Computer Engineering, and his parents are secure in the assumption that he is preparing for a career. But Bobby has no such plans; baptized into the ‘Nationalist’ party by a charismatic ideologue, Dadhichi, he offers unquestioning devotion to his mentor and is single-minded in his goal of ridding his nation of past invaders and present intruders. His political belief is bolstered by his proximity, as a paying guest, to his landlords who share the same ideals; and whose daughter he is engaged to. He is Vivek to them, and to everyone else in Manhar. 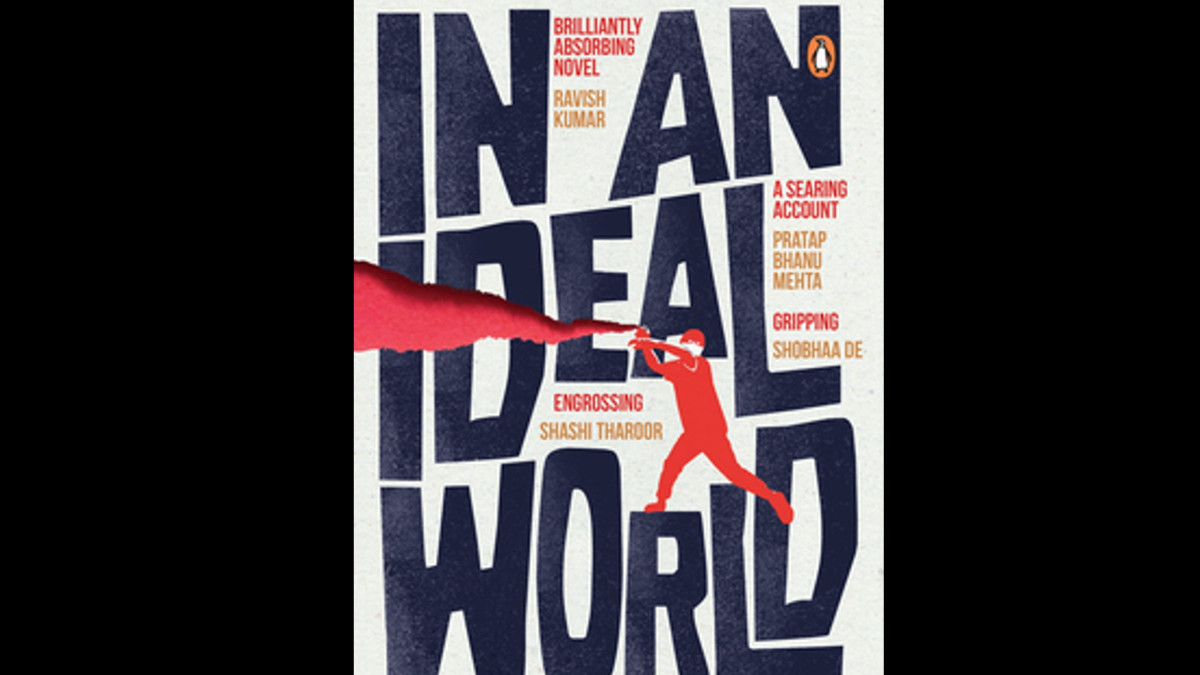 Book cover of 'In An Ideal World'

Book Reviews: Birds By The Shore

How, and when, did Bobby become Vivek? In trying to investigate this transformation, his parents are shocked out of their wits several times. One of the most arresting moments is when Joy, visiting Manhar, sees Bobby perform in a tableau on Ramnavmi, changed beyond recognition as a sword-swishing Ram: “A hush fell as Bobby descended from the chariot. Marking a circle on the ground with the tip of his sword, he stood still at its centre. The drums started on cue, and he went into a war dance. The crowd gasped. The elderly lady next to joy whispered a prayer. Babies started to cry. Conch shells matched the drums. A league of monkeys, real ones, had arrived unnoticed and perched on trees lining the road. The drums made them whoop, swing wildly from branch to branch. Holding his carry-on firmly, Joy watched Bobby – the karateka swirling his sword, the worthy owner of the black belt assuming the stances of a champion with ease. His eyes steady and full of devotion. Bobby — their son.”

There are more. The parents are witness to him almost lynching a petty thief in a movie theatre in Kolkata, not long after; and are unable to avert his tragic involvement in a riot in Manhar at the end of the novel. But Vivek also confronts them with the hypocrisies that Bobby had never dared to: that Joy had all too easily given up on the revolutionary ideals of his youth; that they have been utterly callous in their ignorance of the situation of their cook (on whom they depended a lot), whose son was almost dying without treatment; that they were, essentially, arm-chair critics ensconced in their bourgeois comfort zone.
They are wrenched out of that comfort zone in Manhar, trying to find out the truth of the allegation against Bobby: dragged restlessly from seedy hotel to wrestling pit to a remote village, and then back to town, in the countdown to what seems an inevitable riot. It is remarkable how every strata of society — from elite businessman and meat-trader, weaver and wrestler and maulvi, to police, politician and professor —  is shown to be entangled in the disappearance of a single boy. The muck runs deep and is spread wide, that is the message; no single person or party is responsible for Altaf’s disappearance; it is made possible by a deeply entrenched system/mechanism of exploiting and disempowering the vulnerable.

The Courage Of Compassion

Compassion always wins in Basu’s novels. We are never allowed to forget that at the heart of the story lie a pair of beleaguered parents who would go to any length to save their son. But the saving they are after is not a simple act of saving from arrest. Money and the right contacts could have easily done that. They are more invested in finding the truth: What exactly did Vivek do? Was he really guilty? And if so, to what extent? It takes great courage and honesty of the highest order to be such parents. However, the most memorable — and surely idealistic — aspect of the book is that they try to save not one but two sons. Bobby and Altaf (assuming he had only disappeared and not already been killed). The novel is thus, ultimately, not just about two competing visions of India, but the courage of compassion. 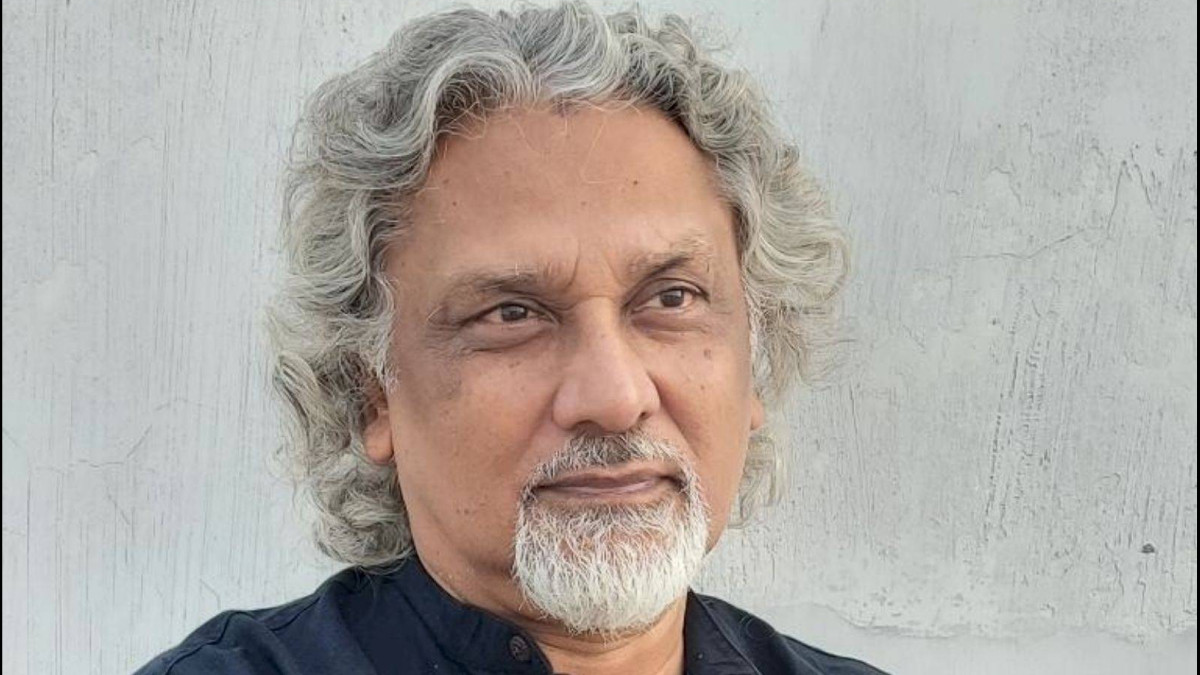 Basu has been on record saying that his original inspiration for this novel was an incident in 2016 — the disappearance of a JNU student from his hostel (who has not been found till date). While reading, I was constantly reminded of the winter of 2019-2020, when campuses across India had erupted in protest and were brutally suppressed by the State. ‘In An Ideal World’ is, thus, a testament to our times; to a reality that we are experiencing in the here and now. But this here and now has been a long one.

Basu had been a student activist in the early 1970s; that Naxal era comes alive in his first Bangla novel, ‘Rabi-Shankar’ (2016), where an ex-Naxalite and a retired policeman, arch enemies of the yore, accidentally collide after 25 years. Joy’s ruminations on his student days in ‘In An Ideal World’, quite predictably, took me back to this earlier Bangla novel. But the one that most echoed in my mind was Shashi Tharoor’s profoundly provocative ‘Riot: A Novel’ (2001), “a novel of collisions”, where an American NGO worker, Priscilla Hart, gets killed in a riot between Hindus and Muslims in a remote district of Uttar Pradesh, and her parents fly down from the US to find the truth behind their daughter’s tragic end. It was inspired by an incident in an actual riot in the early 1990s, in the aftermath of Ayodhya.

Separated by two decades, Tharoor and Basu’s novels portray the same disturbing reality about India. Is anyone paying heed?
.
(Rituparna Roy is an academic and writer based in Kolkata. She is the Initiator of the Kolkata Partition Museum Project. Views expressed in this article are personal and may not necessarily reflect the views of Outlook Magazine)