'Black Adam' Trailer: Five Things To Watch Out For In The Dwayne Johnson Superhero DC Movie

The trailer for actor Dwayne Johnson's 'Black Adam' has been released online. In the action-packed clip, the actor appears as an anti-hero. Here are some of the things that stand out in the trailer.

Actor Dwayne Johnson's 'Black Adam' is the eleventh film in the DC Extended Universe (DCEU) and is a spin-off of 'Shazam.' The trailer release was delayed by several months owing to the pandemic, but it has finally been released now.

Who is Black Adam?

Black Adam is Shazam's enemy. The character first appeared in DC comic books in the 1940s, initially as a power-hungry villain before gradually evolving into an anti-hero by the 2000s. According to the description given by DC Comics, "Black Adam is an ancient wielder of magic, both a hero and a villain over his thousands-years-long life. He believes that he is the right person to lead humanity and that he is the solution to the greater good of the world, but has allowed his power to corrupt him over the many years of his life.”

The Justice Society of America (JSA) has never been adapted into a film. 'Black Adam' would be the first in that sense. Three members of the DCEU's JSA are introduced in the highly anticipated first full-length trailer for Dwayne Johnson's DC Comics movie.

Here are a few stand out moments that audiences can look forward to in 'Black Adam':

Dwayne Johnson In A Superhero Movie for the First Time

The film tells the story of what happens when Black Adam is freed from his earthly grave, nearly 5,000 years after the Egyptian gods bestowed almighty abilities on him and imprisoned him. He's ready to "unleash his one-of-a-kind brand of justice" on the modern world after that.

Actor Pierce Brosnan is making a comeback to the big screen after a long time, and his first time in a superhero movie. Doctor Fate is one of the founding members of the JSA. He was taught how to wield magic, immortality, invulnerability, and telekinesis, among others.

The Netflix star is making his entry into the world of DC superheroes. As shown in the trailer, he has the ability to grow to enormous proportions, making his abilities an inversion of those of the more recent Atom.

Actor Aldis Hodge plays Hawkman. His abilities have evolved over time, as have those of many other heroes. But, as depicted in the trailer, he's rarely seen without his helmet, wings, and mace because his power lies within them. As the trailer suggests, Black Adam and Hawkman had a spat, with Hawkman claiming that heroes don't kill people and Black Adam claiming that killing people is something he does. 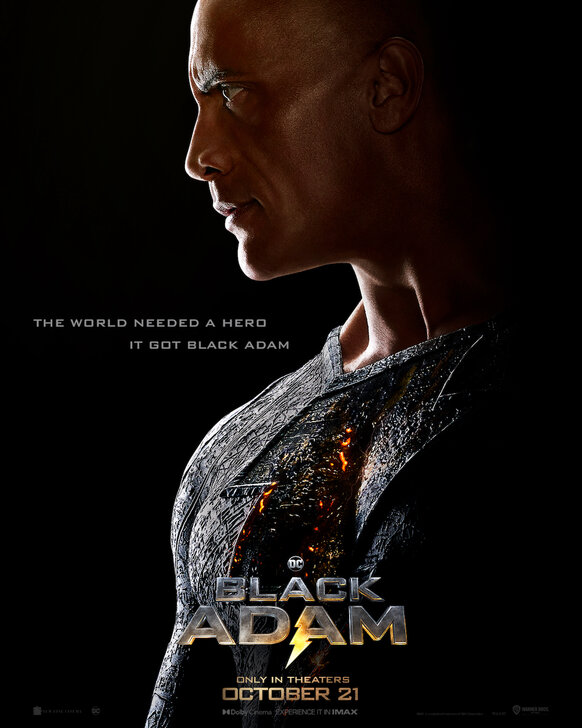 Audiences get to see the anti-hero flying and shooting down fighter jets that irritate him, as well as stopping missiles in mid-flight. Not only that, he is seen unleashing his lightning to assert dominance. The action seems to be a key highlight of the trailer.

Check out the trailer below:

Jaume Collet-Serra has directed the movie. The screenplay is by Adam Sztykiel and Rory Haines and Sohrab Noshirvani, based on characters from DC. Black Adam was created by Bill Parker and C.C. Beck. The film’s producers are Beau Flynn, Dwayne Johnson, Hiram Garcia, and Dany Garcia, with Richard Brener, Walter Hamada, Dave Neustadter, Chris Pan, Eric McLeod, Geoff Johns, and Scott Sheldon. 'Black Adam' will be released on October 21.