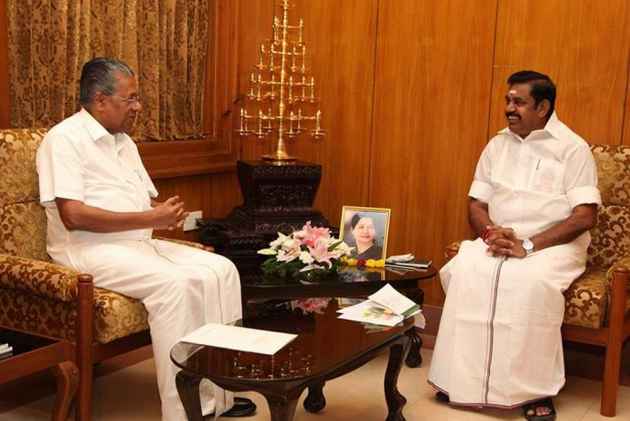 An assurance in this regard was given by Tamil Nadu Chief Minister K Palaniswami during a meeting with his Kerala counterpart Pinarayi Vijayan at Chennai today, a press release said here.

Though the company, Krishna Nidhi Private Ltd,  was based in Kanayakumari district bordering southern part of Kerala, most of the people cheated were common people from the villages of the state, it said.

Vijayan suggested for holding a joint probe the two states after registering a case in Kanyakumari, the release said, adding, all documents and evidences collected by Kerala police should be made part of the probe.

There should be a coordination between top police officials of the two states for an effective investigation into the fraud, Chief Minister said.

The Company had duped several crores of rupees from several investors from Kerala and Tamil Nadu over a period of time.

Opposition leader in he Kerala assembly Ramesh Chennithala had demanded a CBI probe into the Chit Fund scam as it involved two states.

Chennithala alleged that as per preliminary assumption the fraud was to a tune of Rs 1,000 crore.

Instead of having a separate probe by Tamil Nadu and Kerala, it would be better to have an investigation by a Central Agency, he said.

A group of investors who were duped by the company had  organised a road blockade on the national highway at Parassala near here yesterday demanding CBI probe into the scam.