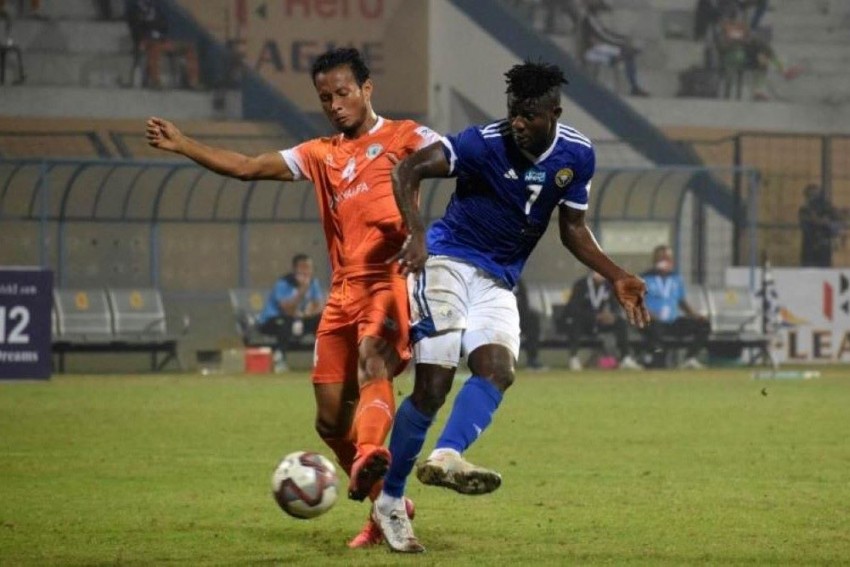 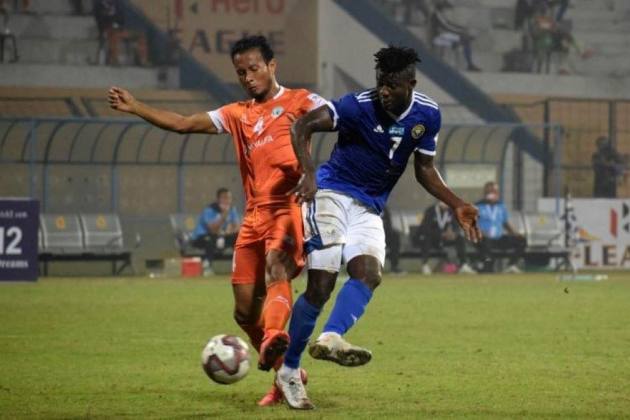 Powered by Lukman Adefemi's fine hat-trick, Real Kashmir FC pulled off a 4-3 victory over NEROCA FC in the highest scoring game of this I-League season so far here on Saturday. (More Football News)

Real Kashmir FC rode on Adefemi's triple strikes (9' 24' 63') to defeat the Manipuri side in a topsy-turvy match that saw NEROCA equalise after falling behind by two goals, only for Adefemi's stunner in the second half to steal the show and hand three points to the Snow Leopards.

Real Kashmir had taken what seemed to be an unassailable lead, courtesy of two goals by Adefemi in the first half, coupled with a Robertson strike. But NEROCA fought back through Kallon, Lhungdim and substitute Singsit.

Disappointingly for Gift Raikhan's men, Adefemi's strike in the second half proved to be the difference between the two sides as Real Kashmir went second in the I-League with 13 points -- one behind league leaders Punjab FC -- who have also played a game more.

Though it was Real Kashmir FC who started the party when Adefemi latched on to a pass inside the box and headed home from close range to give the David Robertson-coached side a solitary goal advantage.

Long balls seemed to be NEROCA's area of concern and their defense, on multiple occasions, fluffed their clearances, only for goalkeeper Bishrojit Singh to keep them in the match.

In the 22nd minute, Danish Farooq was brought down inside the penalty box by a heavy Deepak Taklembam tackle and from the spot, Adefemi made no mistake in slotting the ball in to double the Snow Leopards' lead.

The first 25 minutes of the match belonged to Real Kashmir.

With Real Kashmir dominating possession, NEROCA had a rare chance, and they made the most out of it. In the 29th minute, defender Varney Kallon connected from a Subash Singh corner kick and thumped his header into the back of the net to halve the deficit. However, there was more to the script.

In the 35th minute, Robertson did exactly the same, albeit from a free kick. A long Sena Ralte free-kick found the defender inside the box and Robertson made no mistake in flicking the ball home.

In added time at the end of the first half, NEROCA once again minimised their deficit.

Spurred by the late goal, NEROCA started the second half on an attacking note.

The Raikhan-coached side started to press higher up the pitch and man-marked the opposition forwards in an attempt to quell long balls. Their effort reaped dividends after the introduction of Singsit.

In the 57th minute, a beautiful pass from Judah Garcia carved open Real Kashmir FC's defence line and found Singsit racing towards the goal. With only the opposition custodian to beat, he showed great composure to slot the ball home and restore parity at 3-3.

The very next minute, Singsit was once again found inside the box by Garcia, but this time, his attempt followed a good save by the opposition goalkeeper Mithun Samanta.

After the hour mark, there was another twist in the tale.

In the 63rd minute, Adefemi completed his hat-trick after he latched on to a through-ball from the mid-field and fired it from outside the box with his left boot to hand the lead back to the Snow Leopards.
RKFC held on to that lead to emerge winners and move up the I-League standings.