Is Indian Govt Softening Its Stance On Cryptocurrencies?

Some crypto stakeholders see Finance Minister Nirmala Sitharaman's statement in Parliament as a positive signal, while others express their doubts.

This is the fifth time that the monthly GST collections crossed the Rs 1.40-lakh-crore mark since the inception of GST and the fourth month at a stretch since March 2022, the finance ministry said in a statement

Gujarat, UP, Five Other States Among Top Achievers In 'Ease Of Doing Business' Ranking

Himachal Pradesh, Madhya Pradesh, Maharashtra, Odisha, Uttarakhand and Uttar Pradesh have been categorised as Achievers in the ranking Union Minister of Finance Nirmala Sitharaman tells Parliament in a written reply on concerns expressed by the Reserve Bank of India on the destabilising effect of cryptocurrencies on the monetary and fiscal stability of a... FM Sitharaman To Meet Heads Of PSBs On June 20; May Nudge Them For Loan Growth

Banks would be urged to sanction loans for productive sectors to accelerate revival of the economy facing headwinds including from Russia-Ukraine war, sources said Five Years Of GST: Some Hits, Many Misses

While offering greater ease of doing business, GST still suffers from bottlenecks since its introduction in 2017; be it difficulty in claiming an input tax credit, rising case of audits, not benefitting individual states or... 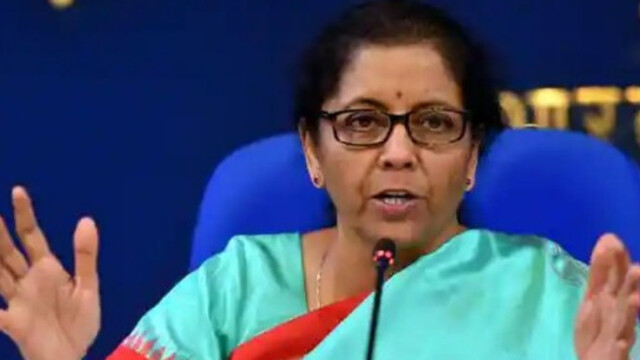 First Set Of NPAs Likely To Be Transferred To Bad Bank Next Month: Finance Ministry

In a series of tweets, the ministry said finance minister Nirmala Sitharaman on Monday reviewed the progress in setting up the NARCL

The National CSR Exchange Portal is a digital initiative on CSR which will enable stakeholders to list, search, interact, engage and manage their CSR projects...

The government has proposed to significantly step up the public investment by raising capital expenditure by 35.4 per cent to Rs 7.5 lakh crore or 2.9 per cent...