All officials concerned have been directed by Bihar Chief Minister Nitish Kumar to ensure strict implementation of the prohibition law, which is aimed at cutting off the supply of alcohol in the state.

Neither Claimant Nor Desirous For PM's Post, Time For United Opposition: Nitish Kumar

It is time for the Left parties, Congress and all regional parties come together to form a united opposition, Kumar told reporters after meeting CPI-M general secretary Sitaram Yechury at the party office.

Bluster Of Bundling Out BJP In Next LS Polls Ridiculous: Party Leader

In a Facebook post, without mentioning Kumar or JD(U) by name, Jaiswal said "the bluster of bundling out BJP for 50 seats out of nearly 540 in Parliament is ridiculous (hasyaspad)". Bihar: Lightning And Thunderstorm Leave 11 Dead; Ex-gratia Of Rs 4 Lakh Announced For Each Kin Of Deceased

CM Nitish Kumar, in a statement issued during the day, said four people each died in Purnea and Araria and 3 in Supaul due to thunderstorm and lightning.

Nitish To Meet Kejriwal, Left Leaders On His Second Day In Delhi

His first meeting scheduled for the day is with CPIM General Secretary Sitaram Yechury, which will be followed by the chef minister visiting the CPI headquarters to hold talks with general secretary D Raja. In his speech after winning the confidence motion, Nitish Kumar made indirect references to rebellion by LJP’s Chirag Paswan, allegedly at BJP’s behest, and attempts to cause a split in JD(U) through his former protege... Special Status For All Backward States If Non-BJP Alliance Comes To Power At Centre: Nitish

"If we get an opportunity to form the next government, all the backward states will be granted the special category status. There is no reason why it cannot be done," said Kumar, who snapped ties with the BJP and joined the... When the weather conditions did not improve, the CM took the road route to reach the state capital.

In a closed-door meeting with Bihar BJP core group members on Tuesday, Shah said the Janata Dal (United) leader had spoken to him on his party's representation...

Nitish Kumar has been administered the oath of office as Chief Minister of Bihar and RJD's Tejashwi Yadav as his deputy by Bihar Governor Phagu Chauhan at a...

Addressing weavers at a function organised on the occasion of the National Handloom Day here, the CM said the state government under a scheme is using handloom... 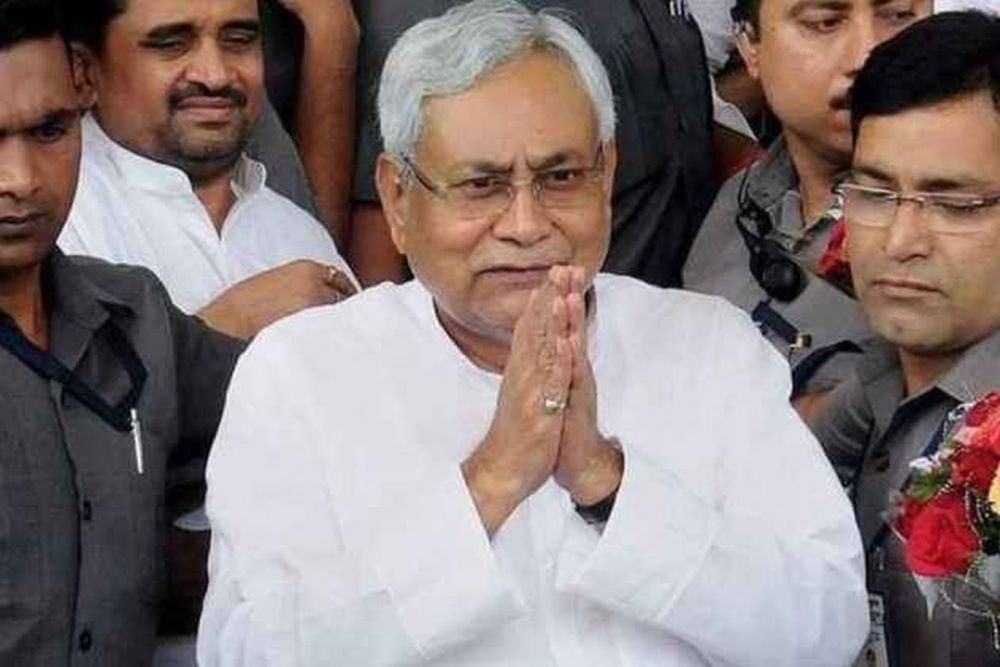 He said that instructions have been issued to the state’s Resident Commissioner in New Delhi to make arrangements for carrying the bodies to the native...