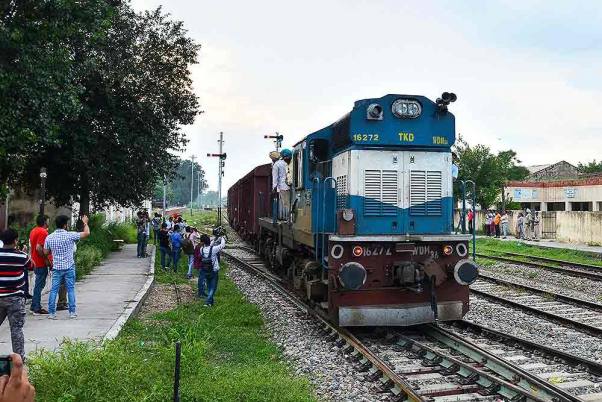 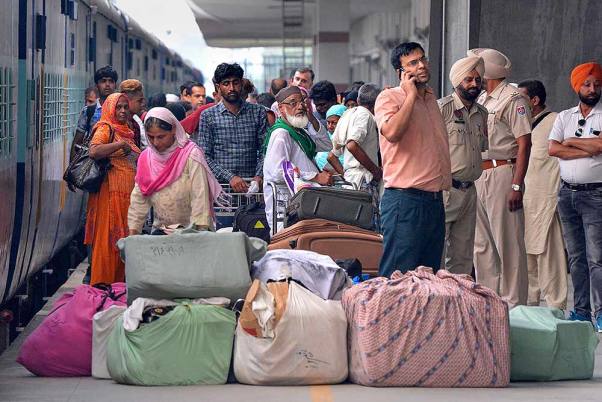 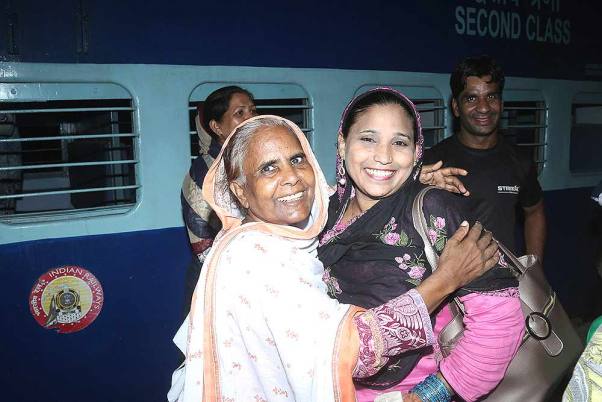 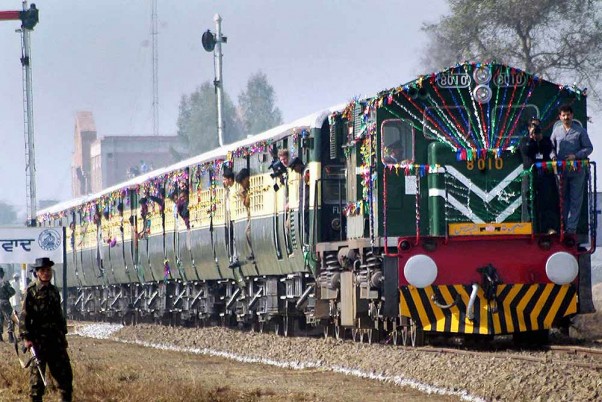 In this file photo, is seen Samjhauta Express train coming from Lahore, crossing Indo-Pakistan border on its way to Attari Station. Pakistan stopped Samjhauta Express on their side at Wagah border on Thursday, Aug 08, 2019, citing security concerns. 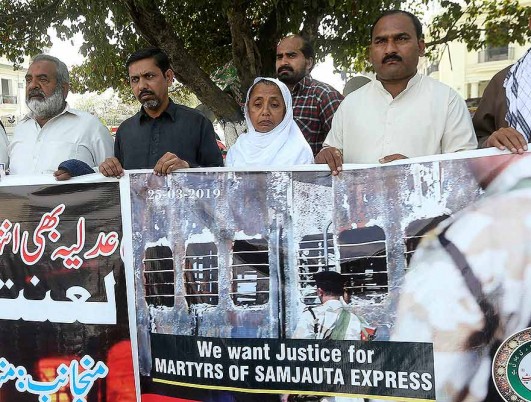 Relatives of victims of a 2007 train explosion in India hold a protest in Lahore, Pakistan. Family members of Pakistanis killed and injured in an Indian train explosion protested an Indian court's acquittal of four Hindus charged with triggering the blasts 12 years ago, which killed 68 passengers. 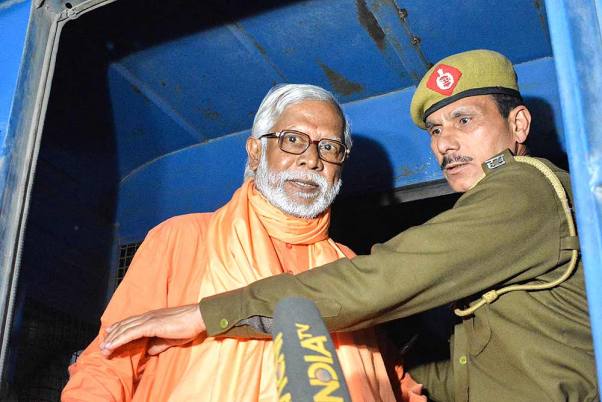 Swami Aseemanand after a special court acquitted him along with three others in the Samjhauta train blast case, Panchkula. 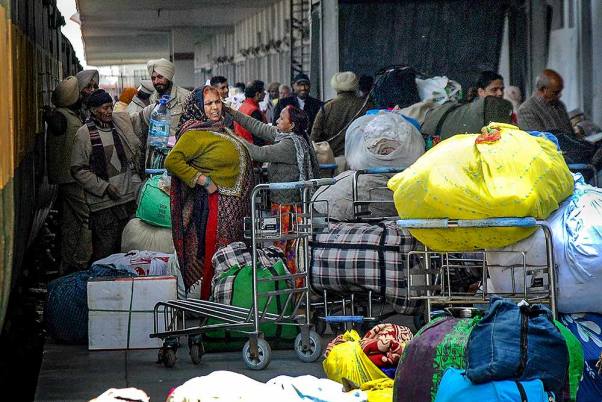 Passengers from Pakistan unload their belongings from the Samjhauta Express as they arrive in Attari. 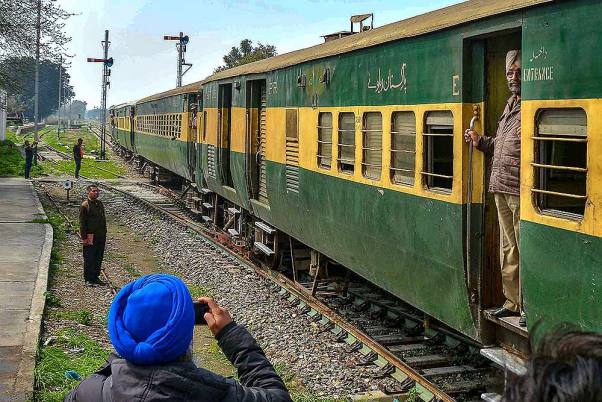 Passengers from arrive by Samjhauta Express in Attari. Pakistani authorities restored the Samjhauta Express services between Lahore and Delhi today, days after the train was suspended due to tense bilateral ties. 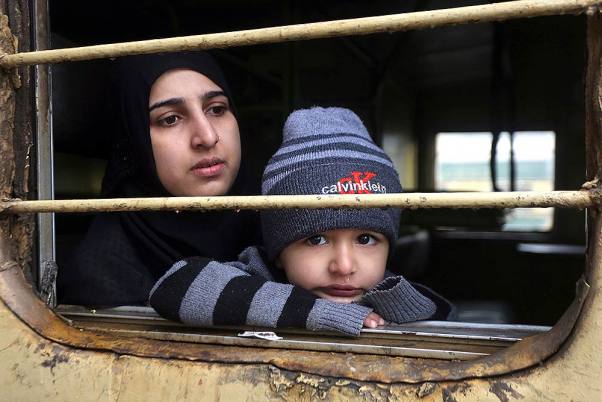 A passenger looks out from a train on her way to India, after being stranded in Pakistan for a week, at Lahore Railway Station in Pakistan. A Pakistani railways official says a key train service between Pakistan and neighbouring India has been resumed, a sign on easing tensions between the two South Asian nuclear-armed rivals. 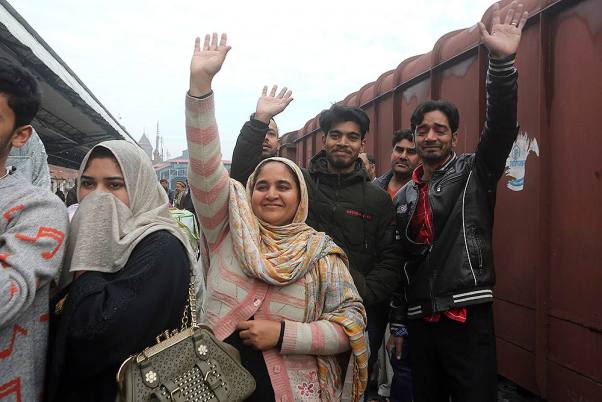 Pakistani family waves to their Indian relatives, who are leaving to return to India, after being stranded in Pakistan for a week, at Lahore Railway Station in Pakistan. 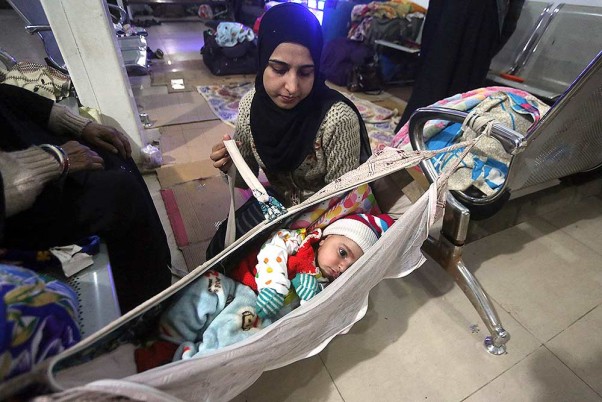 A stranded Indian passenger takes care of her child at Lahore railway station while waiting for the resumption of train to travel to India, in Lahore, Pakistan. A Pakistani Cabinet minister says a key train service between Pakistan and neighboring India will resume on Monday, a sign on easing tensions between the nuclear-armed rivals. The train service, known as Samjhauta Express, was suspended by Pakistani authorities this past week, stranding people on both sides. 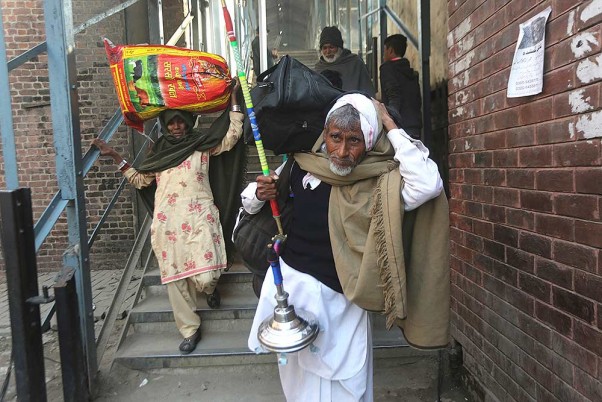 Indian passengers arrive at Lahore railway station to travel to India, in Pakistan. The Pakistan government temporally suspended the Pakistan-Indian bound Samjhuta Express after escalation tensions between the nuclear-armed rivals. 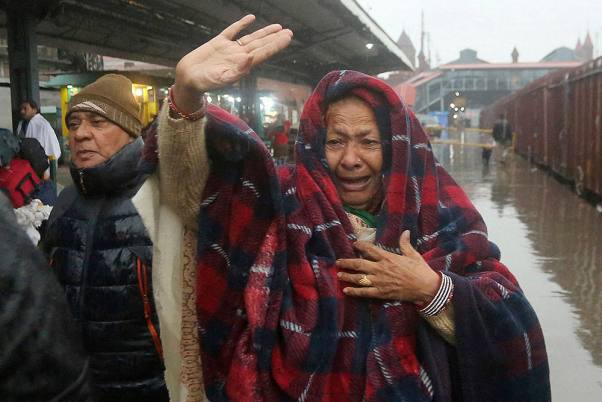 A Pakistani woman sees off her relatives travel to India via Samjhota Express at Lahore railway station in Pakistan. Indian authorities suspended a bus service this week without explanation. The development comes amid escalated tensions between Pakistan and India in the wake of last week's deadly suicide bombing in Kashmir against Indian paramilitary troops. 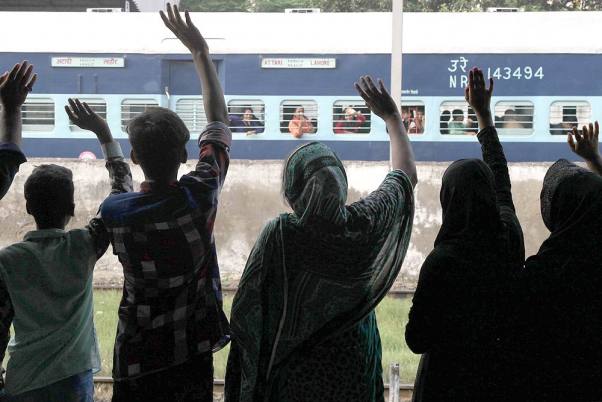 People see off their relatives traveling to India at a railway station in Lahore, Pakistan. Pakistan and India face tension after an attack earlier this month on an Indian military base in Kashmir that left many soldiers dead. 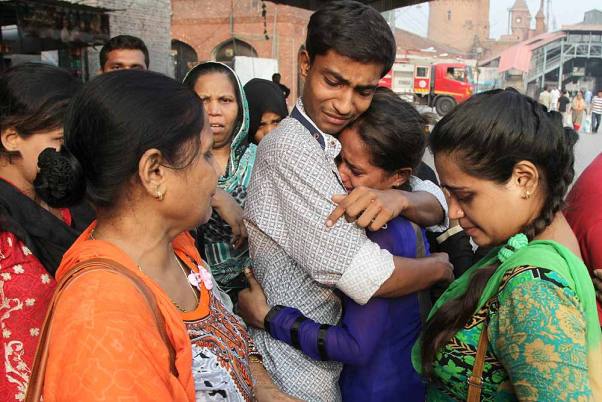 People see off their relatives traveling to India at a railway station in Lahore, Pakistan. 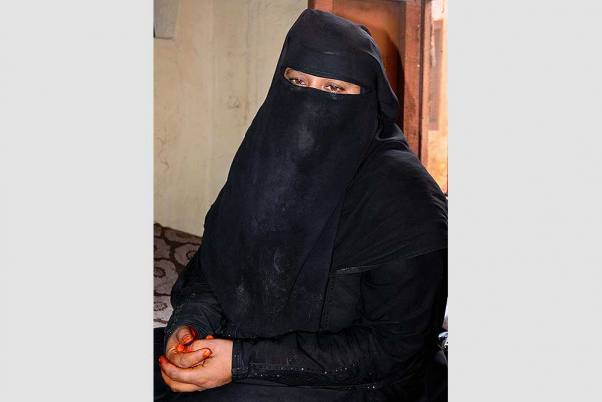 A woman from Pakistan, arrested from Jalandhar railway station for allegedly travelling without a passport and she said that she travelled to India just to have a glimpse of Salman Khan as well as Shah Rukh Khan. The Pakistani woman who crossed the border for Salman. The 27-year old is identified as Chanda and her husband's name is also Salman Khan it seems. She also said that her documents are with her family who departed at another station while travelling in the in Samjhauta Express. 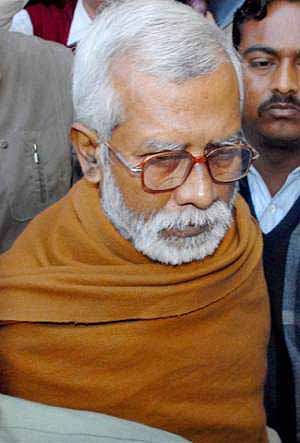 The Abhinav Bharat’s Swami Aseemanand (“bomb ka badla bomb”) and four others named in the NIA chargesheet on the Samjhauta Express blast case of 2007. 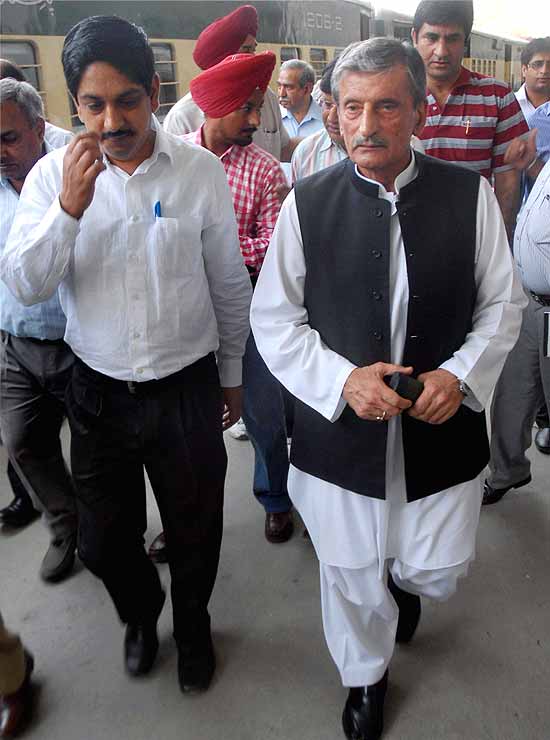 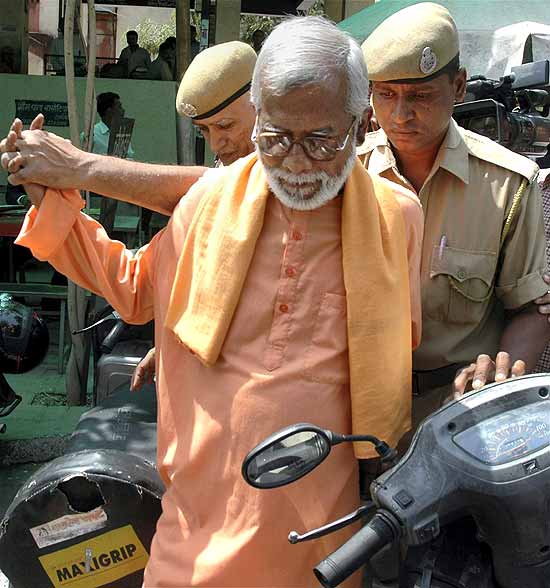 Samjhauta Express train blast accused Swami Aseemanand being produced in a court in connection with the 2007 Ajmer Dargah blast case, in Jaipur. 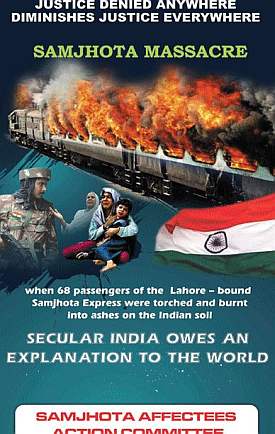 An advertisement in Pakistani newspapers calling on India to offer an explanation on the 2007 bombing of the Samjhauta Express cross-border train. 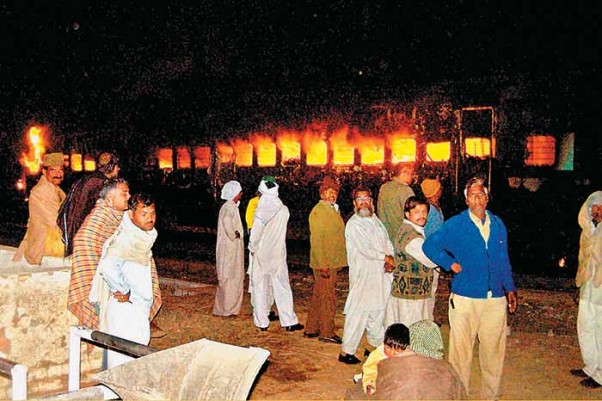 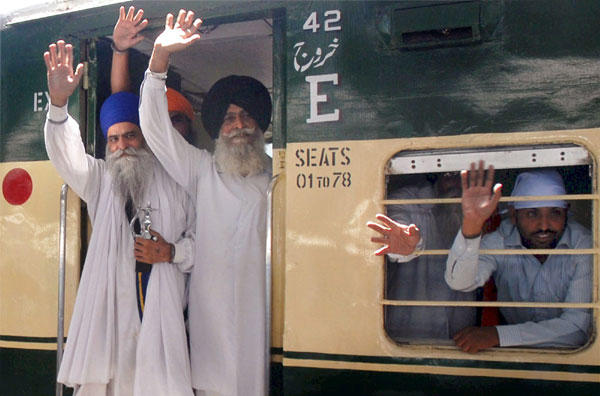 Boats anchored along the banks of Ganga river...