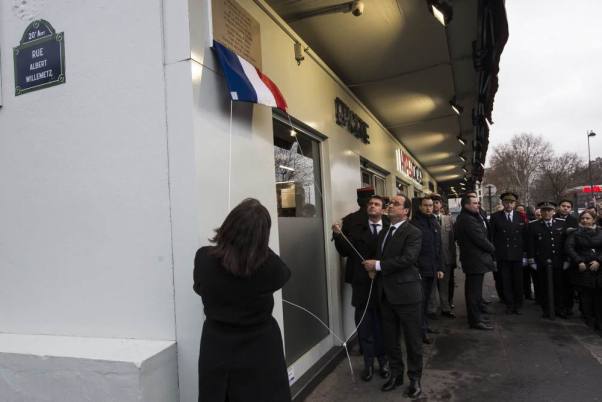 French President Francois Hollande, center, French Prime Minister Manuel Valls and Mayor of Paris Anne Hidalgo, left, unveil a plaque in homage of the victims of last year's January attacks outside the kosher supermarket in Paris. Hollande has honored 17 victims killed in Islamic extremist attacks on satirical newspaper Charlie Hebdo, a kosher market and police a year ago this week, unveiling plaques around Paris marking violence that ushered in a tumultuous year. 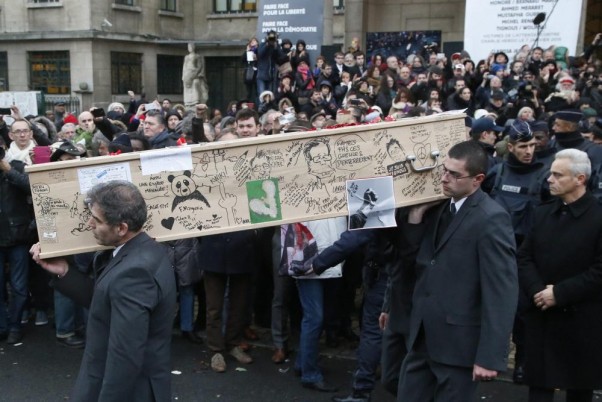 Pallbearers carry the casket of Charlie Hebdo cartoonist Bernard Verlhac, known as Tignous, decorated by friends and colleagues of the satirical newspaper Charlie Hebdo, at the city hall of Montreuil, on the outskirts of Paris. 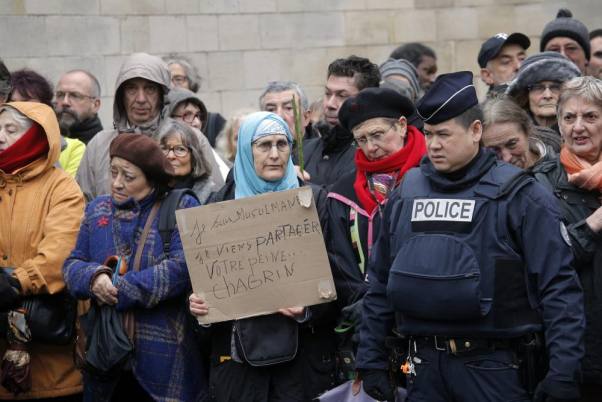 A woman holds a board reading: " I am muslin, I am here to share your pain" as she waits to enter at the Pere Lachaise cemetery during the funeral of cartoonist Bernard Verlhac known as Tignous, in Paris. 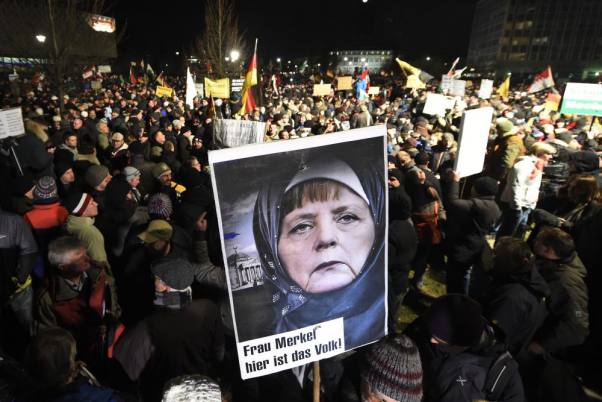 A protestor holds a poster showing German Chancellor Angela Merkel wearing a head scarf in front of the Reichtstags building with a crescent on top and the writing 'Mrs Merkel here is the people' during a rally of the group Patriotic Europeans against the Islamization of the West, or PEGIDA, in Dresden, Germany. 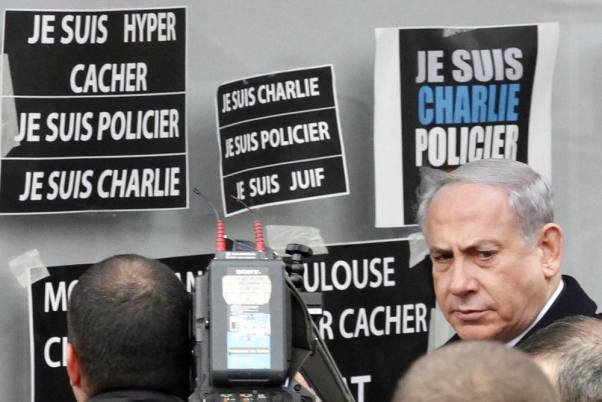 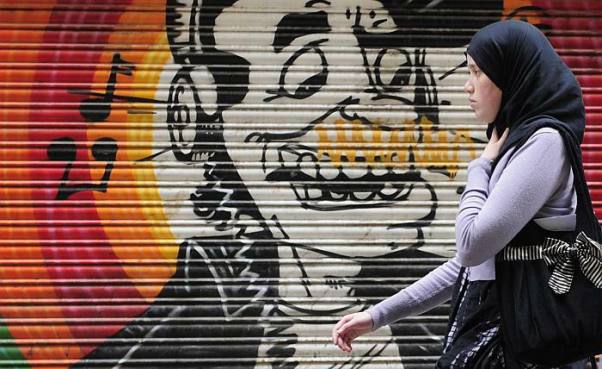 A woman wearing a veil walks in Barcelona, Spain. Spain's justice minister Francisco Caamano said that face-covering Islamic garments are degrading to women and the restriction will be included in an upcoming bill governing religious issues.

A medic collects a sample of a woman via Rapid...