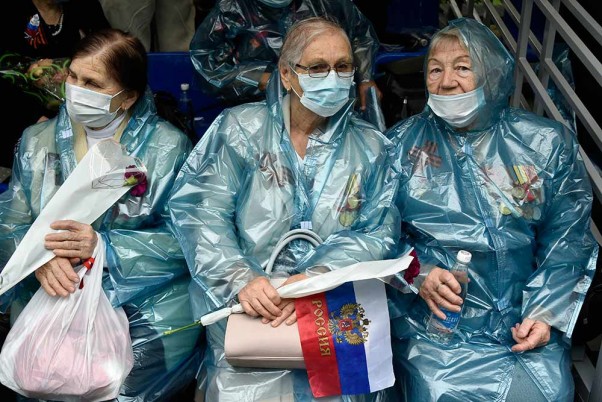 People wearing face masks to protect against the coronavirus, watch the Victory Day military parade marking the 75th anniversary of the Nazi defeat in World War II, in Sevastopol, Crimea. 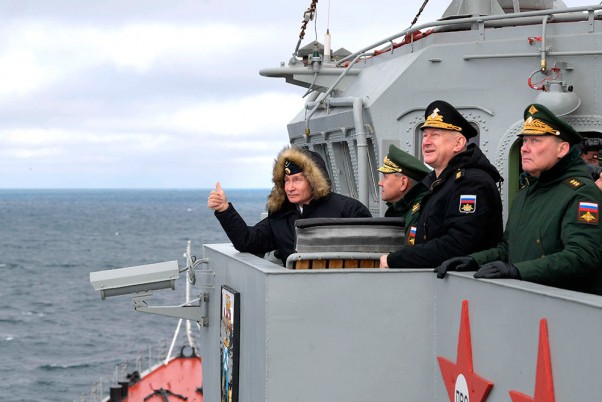 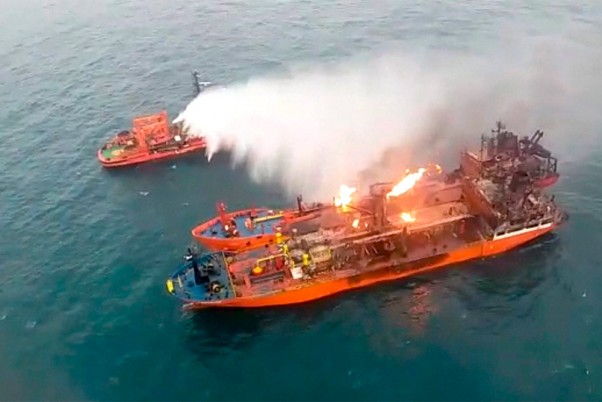 In this video grab provided by Russia Emergency Situations Ministry press service, a Russia Emergency Situations Ministry ship works to extinguish a fire on the two vessels, the Maestro and the Candiy, near the Kerch Strait linking the Black Sea and the Sea of Azov, Crimea. Two Tanzanian-flagged tankers caught fire Monday while liquefied petroleum gas was being pumped from one tanker to another. The blaze spread quickly, prompting the crews to jump overboard. The ships were about 30 kilometers (15 nautical miles) off the Crimean coast when the fire started. 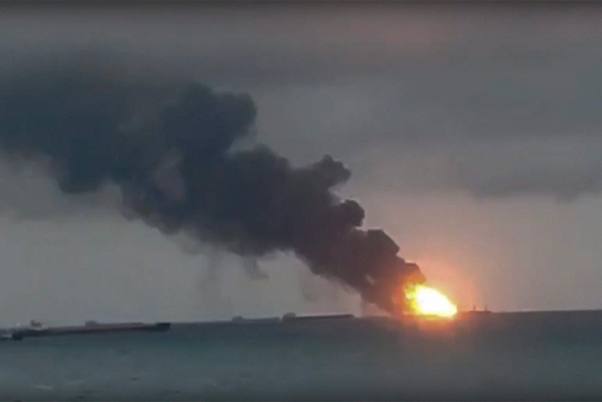 In this video grab provided by the Kerch.fm web portal, the two vessels, the Maestro and the Candiy, on fire near the Kerch Strait linking the Black Sea and the Sea of Azov, in Kerch, Crimea. Two Tanzanian-flagged commercial vessels caught fire in the Black Sea, leaving at least 10 sailors dead, Russian officials said, and seven sailors are reported still missing. 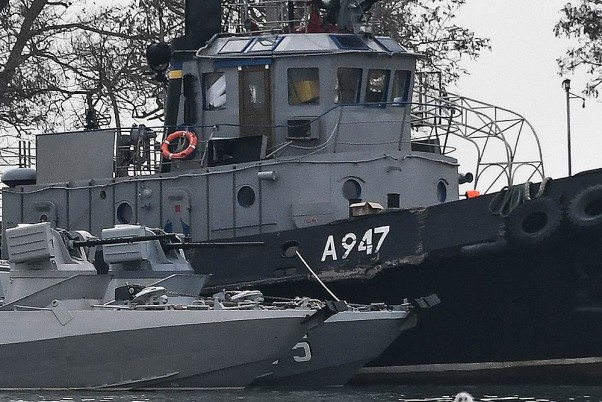 The damage on one of three Ukrainian ships is seen docked after been seized ate Sunday, Nov. 25, 2018, in Kerch, Crimea. The Ukrainian parliament is set to consider a presidential request for the introduction of martial law in Ukraine following an incident in which Russian coast guard ships fired on Ukrainian navy vessels. 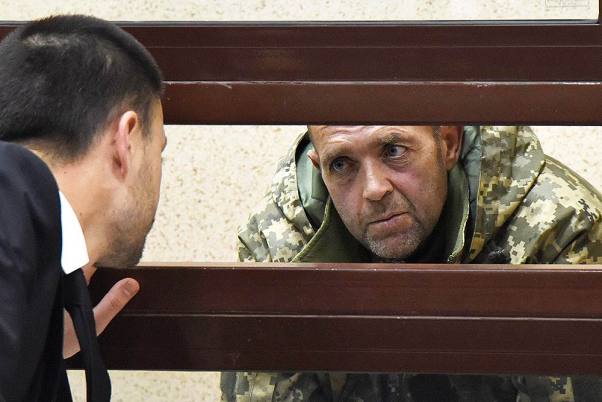 One of the captured Ukrainian sailors speaks with his lawyer in a court room in Simferopol, Crimea. A Crimean court has ordered one of the Ukrainian seamen captured by Russia at the weekend held in custody for the next two months. The seamen and their vessels were captured by Russian border guards late on Sunday as they were about to make their way through the Kerch Strait near Crimea. 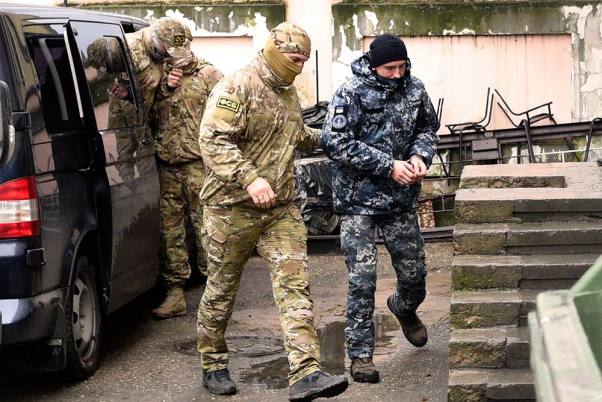 A Ukrainian sailor, right, is escorted by a Russian intelligence agency FSB officer to a court room in Simferopol, Crimea. The Russians seized the ships and their crews, who are expected to face a court hearing in the Crimean capital of Simferopol. 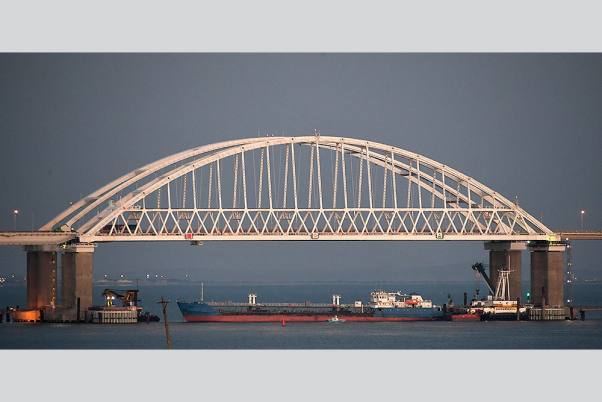 A ship under the the Kerch bridge blocks the passage to the Kerch Strait near Kerch, Crimea. Russia and Ukraine traded accusations over an incident at sea near the disputed Crimean Peninsula, increasing tensions between both countries and prompting Moscow to block passage through the Kerch Strait. 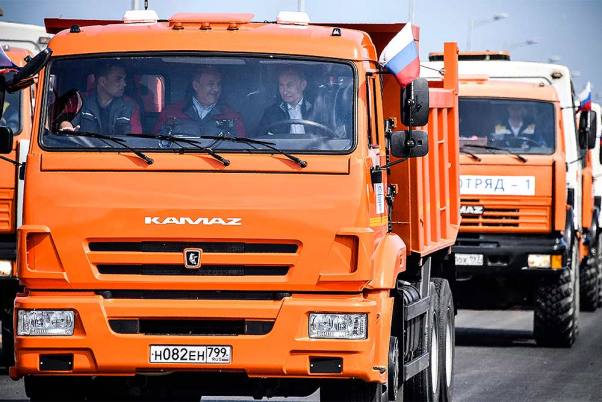 Russian President Vladimir Putin, centre right, drives a truck to officially open the much-anticipated bridge linking Russia and the Crimean peninsula, during the opening ceremony near in Kerch, Crimea. Putin has taken to the wheel of a truck to officially open the bridge linking Russia's south and the Crimean peninsula that Russia annexed from Ukraine in 2014.

Prime Minister Narendra Modi during a visit to...