Words Exist Beyond The Perishable Matrix of Ink And Paper

Bulgakov’s The Master & Margarita inspired Outlook’s recent issue on the politics of identity: “No ID, No Person.” Another popular line from the novel, ‘Manuscripts don’t burn’ resonates with two recent events

When Satan asks the Master, a persecuted novelist in Stalin’s USSR, to show him the manuscript of his novel on Pontius Pilate, the latter replies that he has burnt it. “Forgive me, I can’t believe it,” Satan replies. “It can’t be so. Manuscripts don’t burn.”

“Manuscripts don’t burn” — this sentence from Russian novelist Mikhail Bulgakov’s The Master & Margarita has gained wide circulation as an anti-censorship slogan since a truncated version of the novel was first published in Moscow in 1966-67. The line has deep autobiographical resonances for Bulgakov, who had in fact consigned to flames an early draft of his novel. The Master & Margarita, in which Satan and his entourage arrive in a fanatically atheist Bolshevik-ruled Moscow, was never published in Bulgakov’s lifetime.

Two recent events reminded me of this line and prompted me to find my dog-eared copy of The Master & Margarita.

The first was the recent decision of global retail giant Amazon to shut down Indian publishing company Westland, which has sent shockwaves through India’s literary community and sparked much speculation about the reason for this sudden decision. The absence of any explanation from Amazon, which acquired Westland from the Tata group in 2016, has fed the wildfires of speculation, especially on social media.

Some, like Durba Chattaraj, teacher of writing and anthropology at Ashoka University, have suggested that it might have something to do with the list of titles put out in recent years by one of Westland’s imprints, Context. “Westland has also published, in the last five years, a series of acclaimed, carefully-researched, and hard-hitting books critiquing India’s current regime. No unsupported hatchet jobs these,” Chattaraj writes in her piece, “Author’s lament: Why Amazon closing down Westland feels like we’re living in a Mohsin Hamid novel” for Scroll.in. These include Christophe Jaffrelot’s Modi’s India, Revati Laul’s The Anatomy of Hate, KS Komireddi’s Malevolent Republic, Nalin Mehta’s The New BJP, and Josy Joseph’s The Silent Coup, among others.

Not everyone, however, agrees with this. Novelist and biographer Deepanjana Pal, in a piece on her website titled “Westland/Wasteland” argues: “If the shutdown was on ideological grounds, just getting rid of Context — one of Westland’s imprints — would have done the job. Lose Context’s list and Westland comes across as a vanilla-saffron confectionery, filled with genres and authors that are 24k commercial.” Besides popular writers such as Chetan Bhagat, Anuja Chauhan, Ashwin Sanghi, Westland had also recently published the debut novel of Smriti Irani, the former TV star and current minister of women and child development in Prime Minister Narendra Modi’s government. 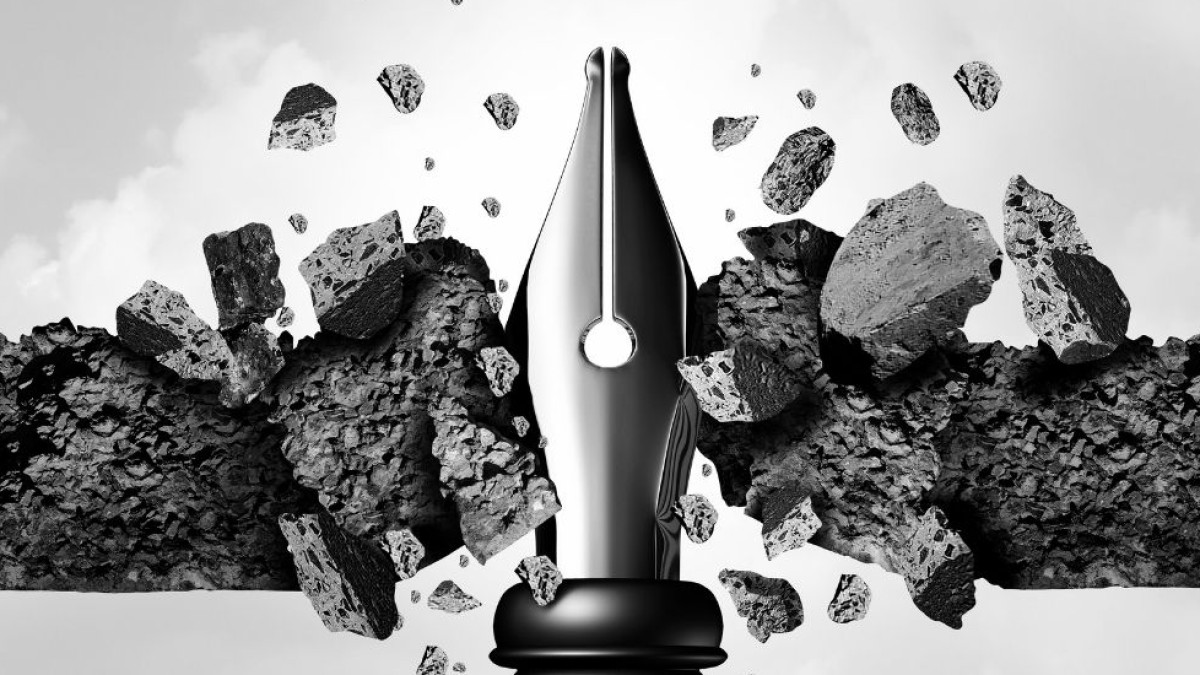 The second event that reminded me of Bulgakov’s novel was news from the US, where a school board in Tennessee had banned Art Spiegelman’s graphic novel Maus, about the Holocaust, from its eighth-grade curriculum. Spiegelman depicts the real experience of his Polish Jew grandparents, who survived imprisonment in the notorious concentration camp Auschwitz-Birkenau, through anthropomorphized animals — Jews as mice and cats as Nazis. (In Nazi propaganda, Jews were often depicted as rats — something Colonel Hans Landa, the “Jew Hunter” in The Inglorious Basterds, also refers to.)

Viola Burlew, a graduate student of history at the University of Colorado, who is studying 20th-century comics in relation to gender and censorship, tried to explain why censors love targeting comic books in an article for The Washington Post: “Censorship has a long history when it comes to the comics industry, with 20th-century critics of comics claiming to protect young readers by censoring comics on the basis of language and imagery. Yet, buzzwords like ‘obscenity,’ ‘nudity’ and ‘decency’ distract from a more sinister argument driving the censorship of comics: that progressive, accessible storytelling is somehow dangerous in the hands of young readers.”

The ban has prompted a renewed interest in Maus, with the comic climbing to the top of — ironically for me — Amazon’s bestseller lists, as The Guardian reported.

What connects the two books in my mind? Surely not Amazon? Or is it the unmistakable stench of censorship?

Perhaps nothing more than the cats on their covers. The cover of my edition of The Master & Margarita has a large and sinister black cat —Behemoth, the anthropomorphized feline in Bulgakov’s novel who is part of Satan’s entourage. On the cover of Maus, the cat is unmistakably Hitler, superimposed on a swastika, looking down menacingly upon a couple of terrified mice.

As I placed the two books beside each other on my table, I was reminded immediately of the first time I read them. It was possibly 2006-07, and the Communist Party of India (Marxist)-led Left Front had won the seventh consecutive election to the West Bengal Assembly. Soon after returning to power, the government initiated land acquisition in Nandigram and Singur, villages not too far from Kolkata. The farmers whose land was being acquired opposed the plan, leading to violence. On March 14, 2007, the police opened fire on protesting farmers, killing 14. Waves of violence would follow.

I was a second-year student at Jadavpur University’s (JU’s) English department. My feelings towards CPM were ambiguous. I had refused an offer to join the Students’ Federation of India, the CPM’s youth wing, and deplored the violence carried out by the party’s feared cadres in the villages. At the same time, I could barely deny the nostalgic appeal of Matryoshka dolls, Progress Publishers books, the hammer-sickle-star graffiti on walls in Kolkata. The Singur-Nandigram incidents — oh, how far away and forgotten they now seem — would frame my political consciousness, and change the political landscape of my home state West Bengal, inalterably.

But I arrived at Bulgakov through a Bengali writer — Nabarun Bhattacharya. I had read his novels, Herbert (1994) and Kangal Malshat (2003), while I was still in school. In 2005, just after I had been admitted to JU, the former was adapted into a Bengali film by Suman Mukhopadhyay. Depicting the violent Maoist Naxalbari movement of the Sixties and Seventies, the film was described by the New York Times as “a mad, messy and frequently amazing epic from India.” The film also starred theatre actor Joyraj Bhattacharjee in the role of Young Herbert. Joyraj — whom I called Joy-da — was the director of the first amateur play in which I acted.

Nabarun, as is well known, was deeply inspired by Bulgakov. His novels became immensely popular in the post-Singur-Nandigram era because of critique of the Left Front government’s policies. In Kangal Malshat, a gang of underclass, magical creatures called Fyataru, who can take flight by singing the mantra “fyat fyat shnaai shnaai”, declare war on the West Bengal government. To its credit, the Left Front government had not banned it — though it was not averse to banning books. It had banned Taslima Nasreen’s Dwikhandito in 2003 — the same year Kangal Malsat was published.

My copy of The Master & Margarita was acquired second-hand, from College Street, the famous bookseller’s district in central Kolkata. Over the years, it has travelled with me from Kolkata to Delhi, and now to Sonipat, where I live. It has become dog-eared, its spine bears the marks of a careless reader, and its pages are deeply annotated. I have returned to it over and over again over the past few years, as clouds of censorship and suppression have gathered over us. 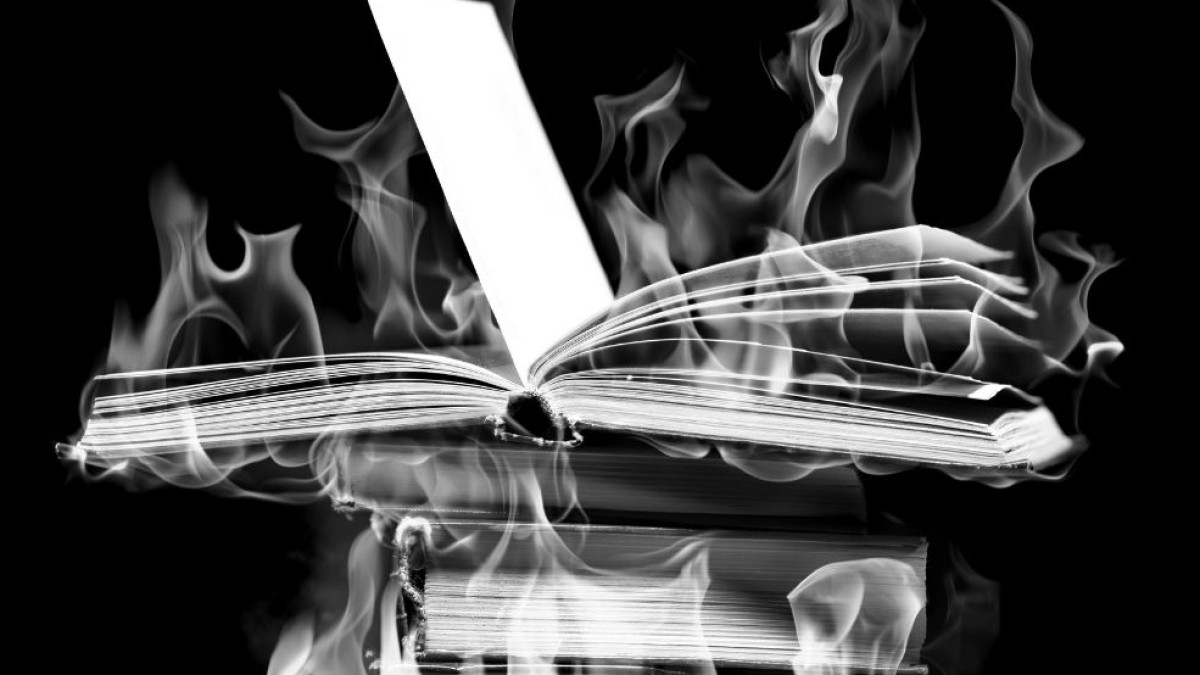 On the contrary, my copy of Maus remains in mint condition. Not because I haven’t read, but because I have fetishized it a little. I could not buy it for many years because the two-volume edition bears a cover price of £16.99 (about Rs. 1,700 at current exchange rates) — too much for a poor journalist’s salary. I finally acquired a copy from the Daryaganj book market. It was not a second-hand copy, the name of the previous owner was not scribbled on the front pages. Perhaps some bookseller, going out of business, had disposed of it. Perhaps the publisher had consigned this older edition to be pulped.

After Amazon announced that it was shutting down Westland, there was some speculation that its existing titles would be pulped. There is no confirmation of this yet. I reached out to several friends who have books with various imprints of Westland. Most of them were in a state of shock and sorrow and did not want to be quoted for this article. But, they confirmed that they had been told by their editors that the copyright of their books would revert to them in a few months.

What will happen to the books themselves? They are likely to go out of circulation, but there are already some efforts to save as many as possible. Novelist Saikat Majumdar, who is also a professor of English and Creative Writing at Ashoka University, announced on social media, that his university’s library will acquire 119 of Westland’s titles.

Books burn. Of course, they do. Nazis made bonfires out of them. Manuscripts burn as well. But words are a different matter. They exist beyond the perishable matrix of ink and paper. And, though it is impossible to remain hopeful in our undeniably oppressive times, I can end this rambling piece on a hopeful note. Poet Arjun Rajendran, whose book of poems One Man, Two Executions was published by Context in 2020, tells me that The Quarantine Train, an online collective of poets, is soon hosting a reading by writers published by Westland, on Feb. 12.

Perhaps a supportive community of friends and writers is the only antidote to the vagaries of corporate publishing and defence against the boot of censorship blocking out the sun.

(Uttaran Das Gupta is a New Delhi-based writer and journalist. He has published a novel (Ritual, 2020) and a book of poems (Visceral Metropolis, 2017), and teaches at O P Jindal Global University, Sonipat. Views expressed in this article are personal and may not necessarily reflect the views of Outlook Magazine)