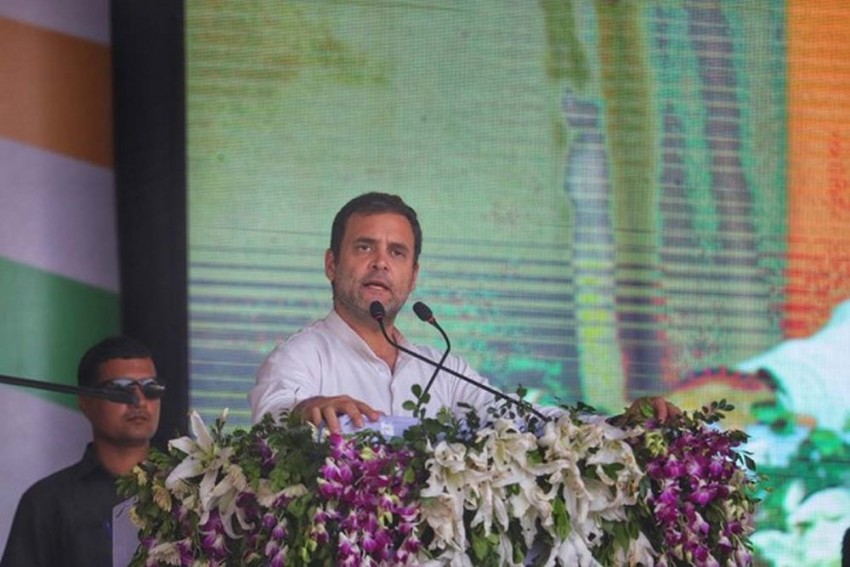 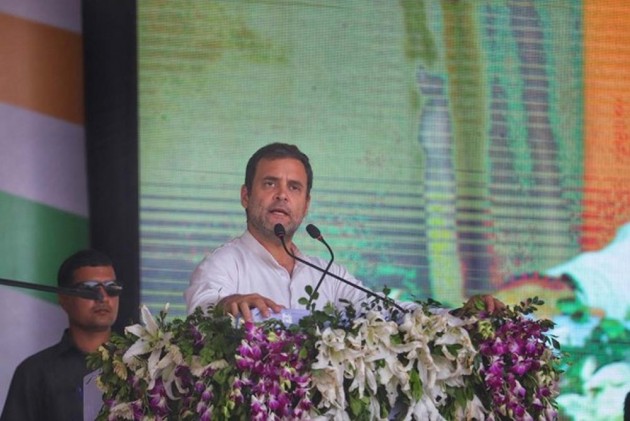 Addressing an election rally in Rajasthan's Dholpur district, Congress president Rahul Gandhi on Monday described the party's proposed 'NYAY' minimum income guarantee scheme as a "diesel for the engine" of the Indian economy.

Gandhi said the Congress will deposit Rs 3.60 lakh in bank accounts of five crore women in five years unlike Narendra Modi who, he alleged, opened bank accounts of people, but did not deposit a single penny in them.

Gandhi promised to give government jobs to 22 lakh youths in one year, recruit 10 lakh youths in panchayats and said no farmer will be jailed for not repaying loan, if voted to power.

"I am not here to lie. Our NYAY scheme will jumpstart the economy. It will be a diesel for the Indian economy. We will deposit Rs 3.60 lakh in five years in bank accounts of 5 crore women," he said in the rally held in Sepau town of this district.

The Congress has promised to give annual income support of Rs 72,000 to poor families under the 'NYAY' scheme.

He claimed that unemployment is highest in 45 years and 22 lakh government jobs are lying vacant.

"We will fill the vacancy in one year after coming to power," Gandhi said.

Dholpur, along with 11 seats in Rajasthan, will go to polls on May 6. Thirteen seats of the state are voting Monday.