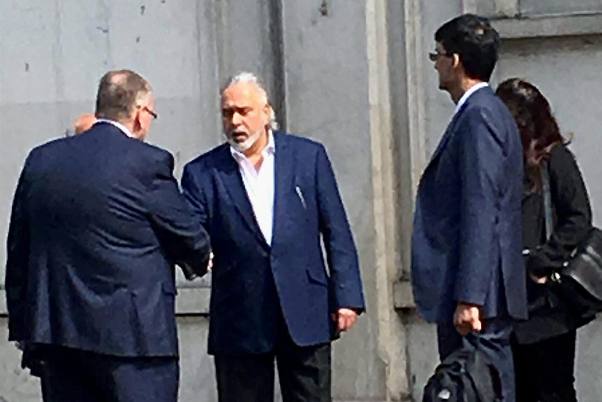 Industrialist Vijay Mallya leaves Westminster Magistrate's Court in London after getting bail. He was arrested earlier on Tuesday by Scotland Yard on an extradition warrant. 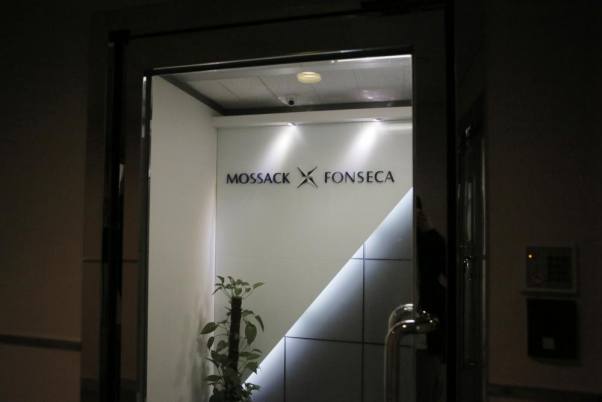 A potted plant is placed at the entrance of the regional head office of Panama-based law firm Mossack Fonseca, one of the world's biggest creators of shell companies, in Hong Kong. 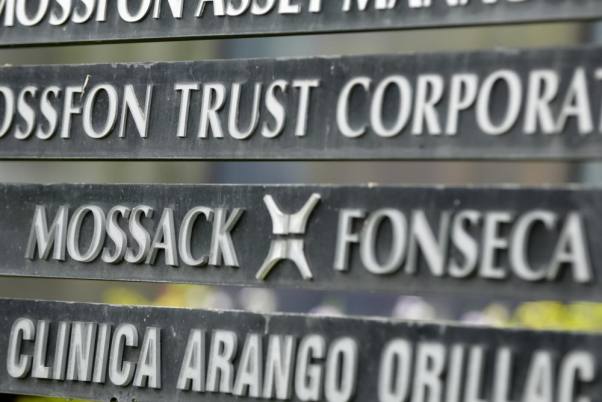 A marquee of the Arango Orillac Building lists the Mossack Fonseca law firm, in Panama City. 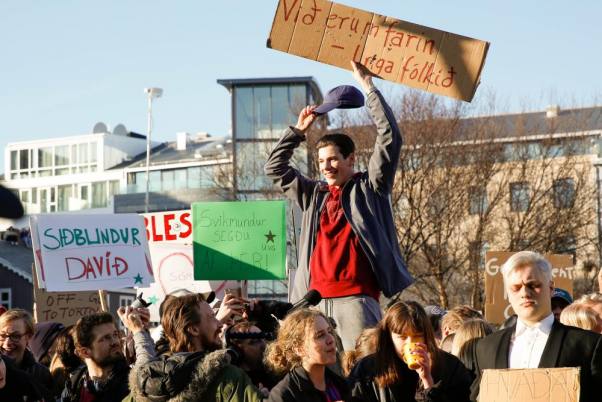 People gather to demonstrate against Iceland's prime minister Sigmundur David Gunnlaugsson, in Reykjavik. Iceland's prime minister insisted Monday he would not resign after documents leaked in a media investigation allegedly link him to an offshore company that could represent a serious conflict of interest, according to information leaked from a Panamanian law firm at the center of an international tax evasion scheme. 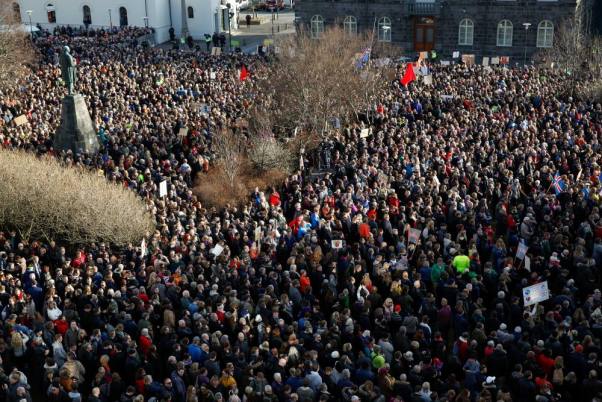 People gather to demonstrate against Iceland's prime minister, in Reykjavik. Iceland's prime minister insisted Monday he would not resign after documents leaked in a media investigation allegedly link him to an offshore company that could represent a serious conflict of interest, according to information leaked from a Panamanian law firm at the center of an international tax evasion scheme. 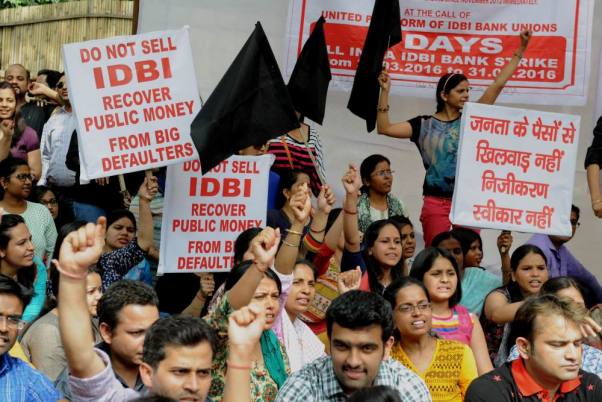 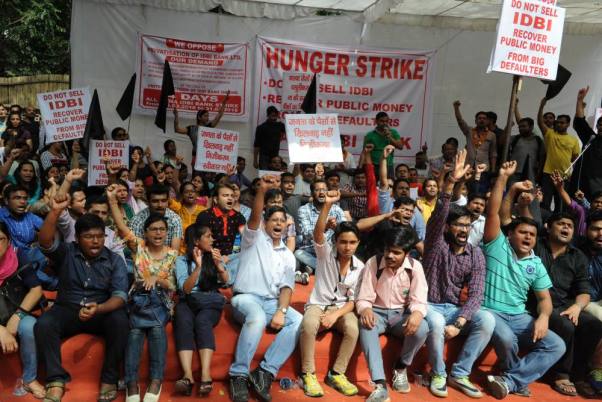 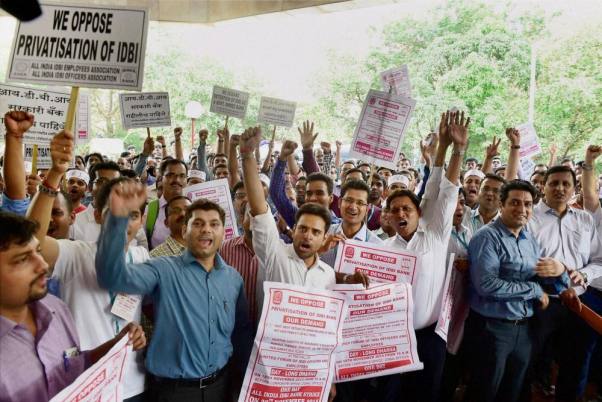 IDBI Bank employees raising slogans protesting the government's plan of privatisation of the bank in Mumbai. 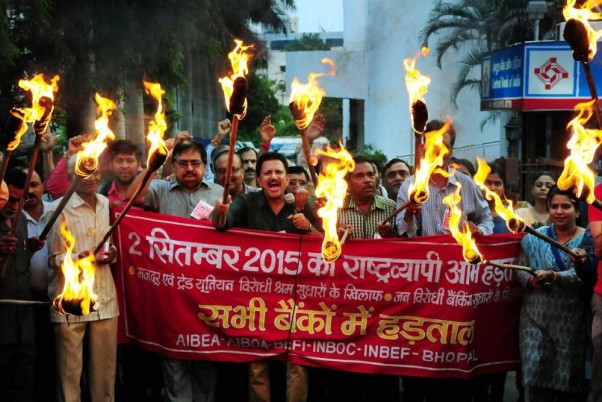 Bank workers take out a torch rally in Bhopal in support of 2nd September's strike to protest aganist the proposed labour reforms by Central and State Government . 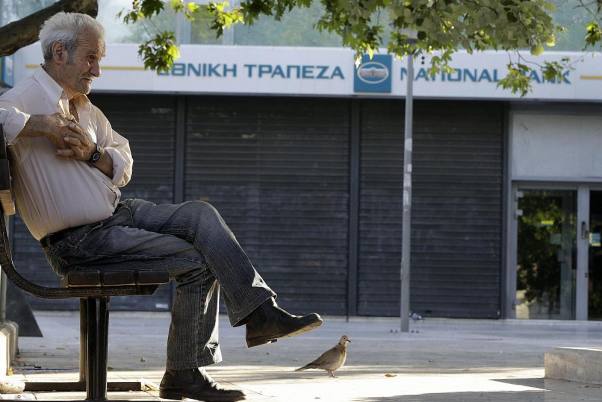 With the Greek cabinet deciding that banks would remain shut for six business days and restrictions would be imposed on cash withdrawals, an elderly man waits outside a closed bank in Athens, Greece. 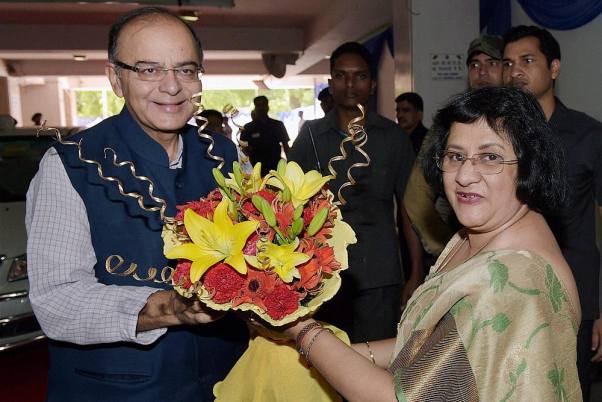 Union Finance Minister Arun Jaitley being presented a bouquet by SBI Chairman Arundhati Bhattacharya during a meeting to review the performance of the Public Sector Banks (PSBs) and Financial Institutions (FIs), in New Delhi. 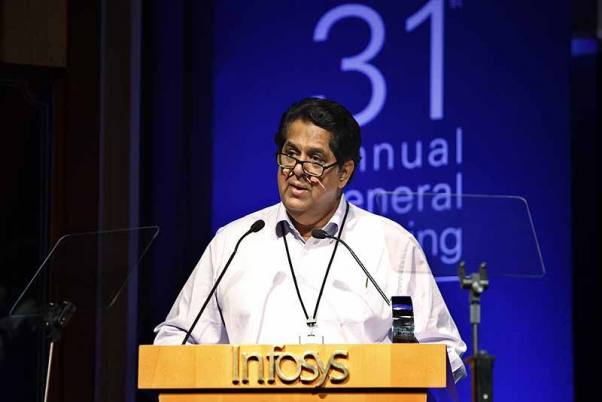 Eminent banker K V Kamath was appointed as head of the USD 50 billion New Development Bank being set up by the five emerging economies of BRICS grouping. 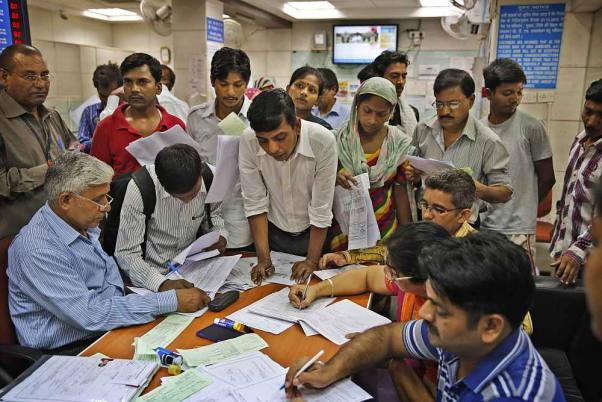 People crowd up in a bank to open their accounts as part of the Jan Dhan Yojna, in New Delhi. The scheme is aimed at some 150 million people who are off the financial grid and vulnerable to black market money lenders. As an incentive the federal government is providing 100,000 rupees in life insurance to every account holder. 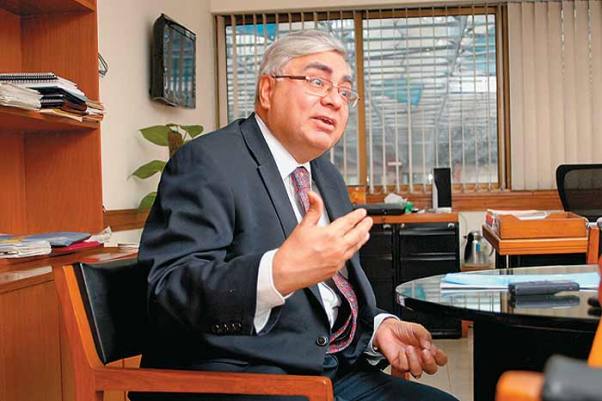 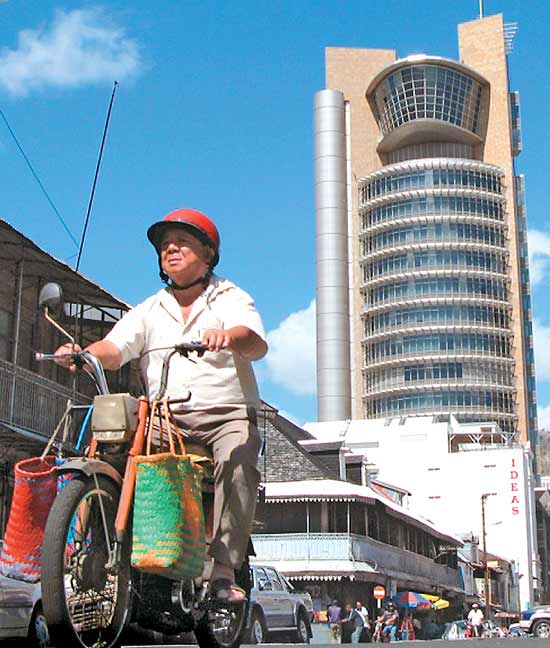 Mauritius central bank in Port Louis. DTAA with the country is being renegotiated. 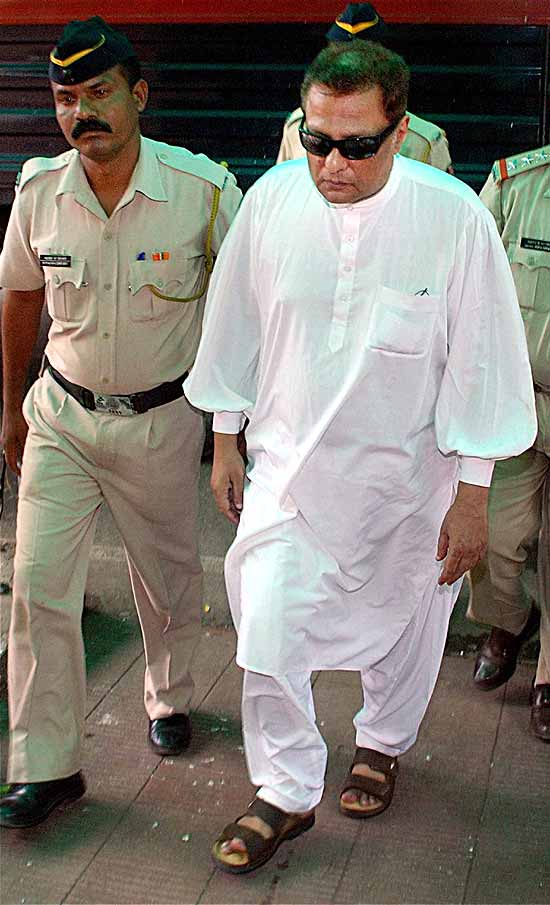 Hasan Ali Khan arrives at St. George Hospital for a medical check- up in Mumbai. 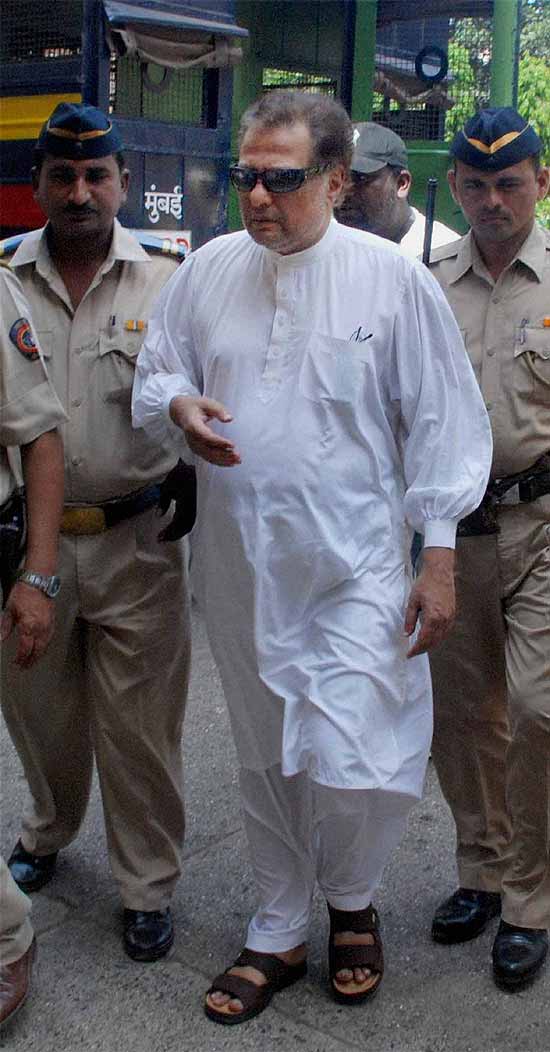 Hasan Ali Khan being taken to JJ Hospital for a medical check-up in Mumbai. 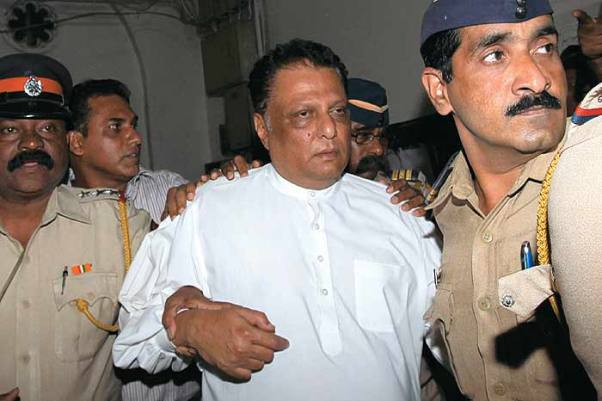 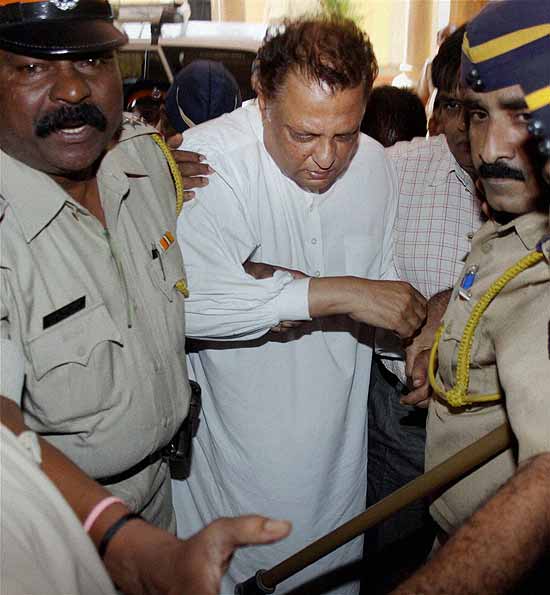 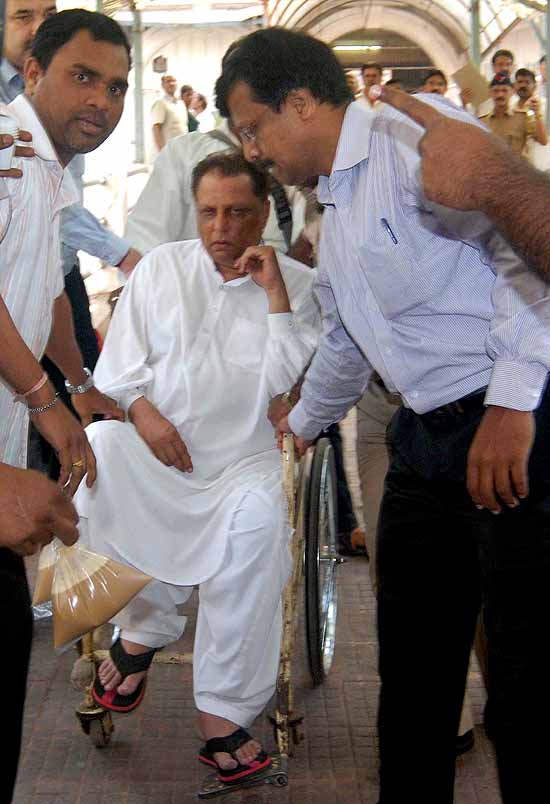 Pune-based stud farm owner Hasan Ali Khan (in wheel-chair), arrested by Enforcement Directorate in connection with massive money laundering and tax evasion, being taken to J.J. hospital for a medical check-up in Mumbai. 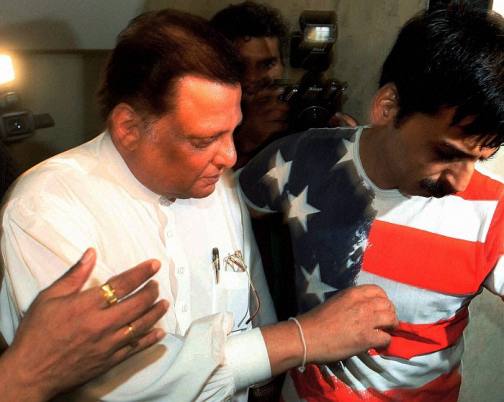 Stud-farm owner Hasan Ali Khan being taken by Enforcement Directorate (ED) for interrogation, who is an accused of stashing black money abroad, in Mumbai. 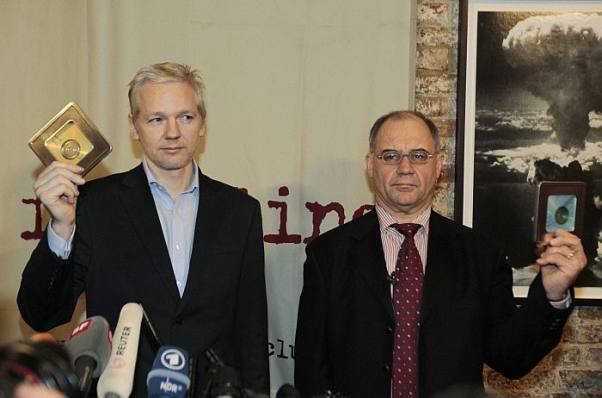 WikiLeaks founder Julian Assange, left, accompanied by former Swiss banker Rudolf Elmer, right, are seen after Elmer handed Assange two CDs full of files, including names of 2,000 secret Swiss account holders, including individuals and corporates from Asia, US and Britain following a news conference at the Frontline Club in London. Elmer blew the whistle on the conduct of Julius Baer Bank in the Cayman Islands for which he is set to stand trial in Zurich, Switzerland, on Jan. 19 for breaching Swiss bank secrecy laws. The focus in India of course is already on whether or not there are any Indians in this list. A recent report by Global Financial Transparency said that India''s Rs 20.85 lakh crore have been deposited with Swiss Banks. There have also been media reports that some 250 Indian names were found in the Lichtenstein Bank list, and a list of 26 of the account holders has already been submitted by the government in Supreme Court, though it refuses to make it public, citing a double taxation treaty with Germany. 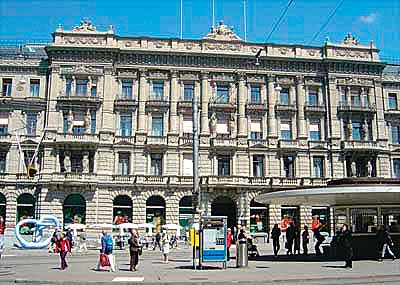 That Swiss bank A/c may catch up with you. An INDIA-SWITZERLAND double taxation deal means, come 2011, info can be availed in tax fraud/tax evasion cases.