In The Name of Islam 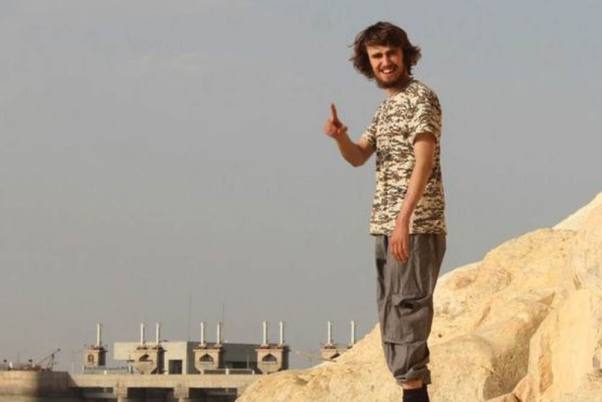 A British convert to Islam, dubbed "Jihadi Jack" after travelling to Syria, has denied joining the Islamic State terror group. 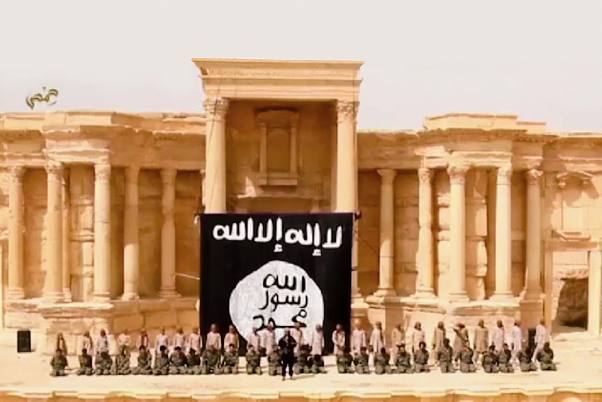 Killing Ground ISIS executions at the Roman amphitheatre in Palmyra 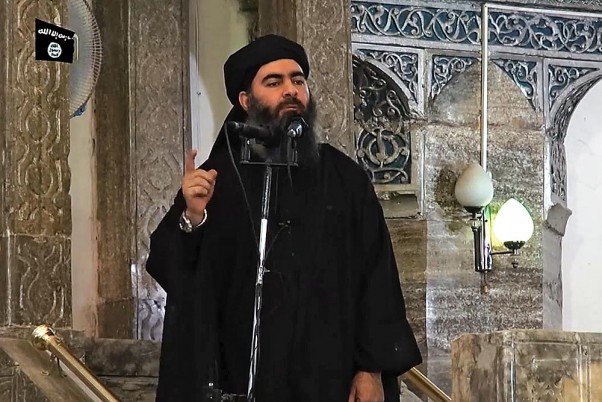 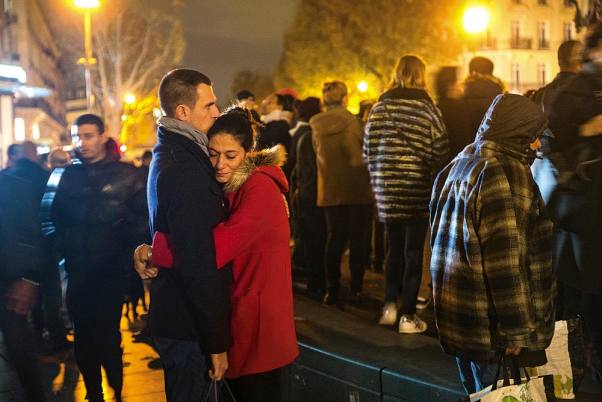 People gather outside the Bataclan theatre and other sites of the terror attacks in the 11th district of Paris on November 14, 2015, to pay respect to the victims, At least 129 people were killed and 352 others injured -- 99 of them in critical condition -- after the terror attacks in Paris 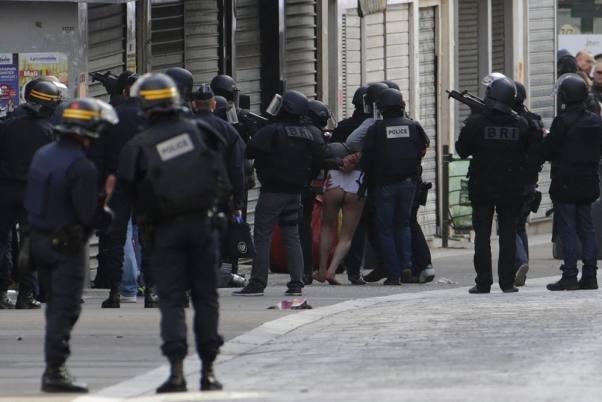 18.11.2015 Backlash Paris was converted into a city at war from the night of November 13. Curfew was imposed, the army called in, elaborate manhunts launched to ferret out terrorists. In the Paris suburb of Saint-Denis, a posse of police arrest and whisk away a suspect. 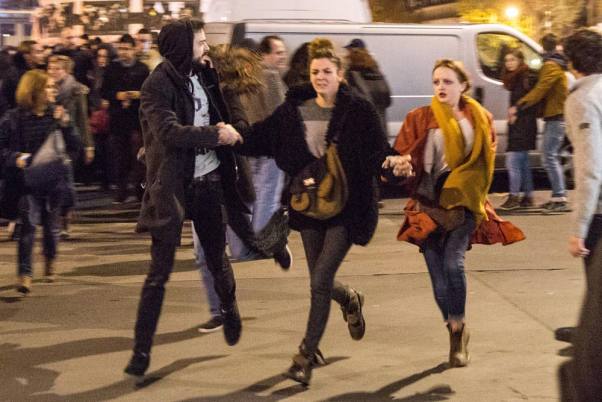 15.11.2015 No Exit Confusion and consternation seized distraught people as Paris counted its dead. Rumours sprang suddenly. At the Place de la Republique, they said it was another attack. Their nerves in tatters, people just ran. 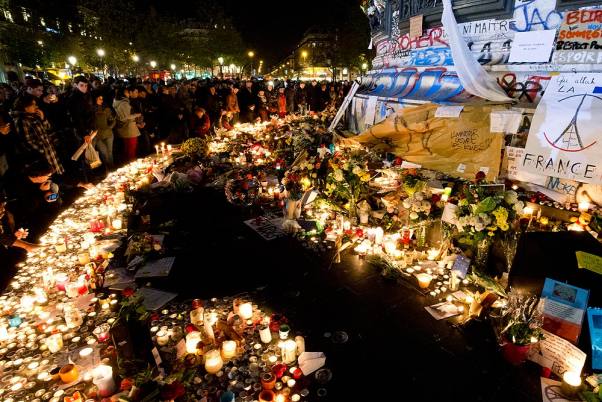 15.11.2015 No answers Defiant graffitti, messages, griefstricken farewell notes and condolences are lit up by hundreds of candles at a makeshift memorial at the Place de la Republique. For days, Parisians kept a steady vigil. 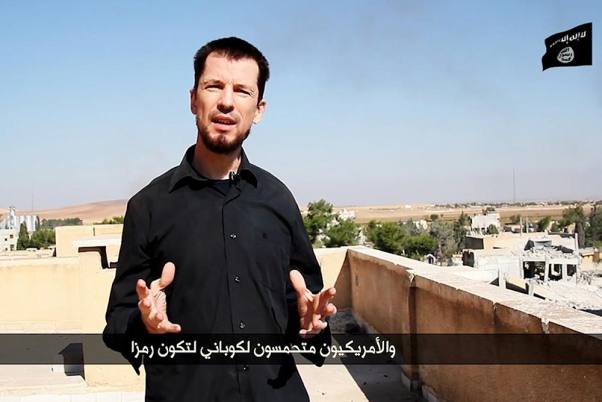 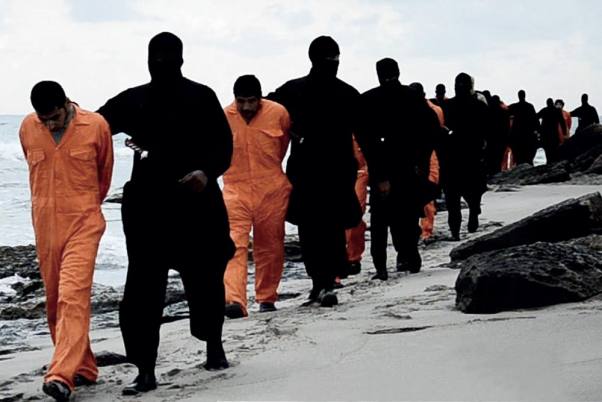 Crossed Out: An ISIS video clip of Egyptian Christians being executed 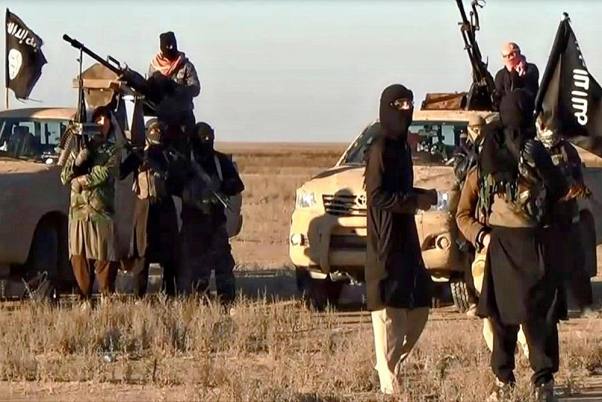 Offroad, Anyone? ISIS fighters from Iraq in a propaganda video 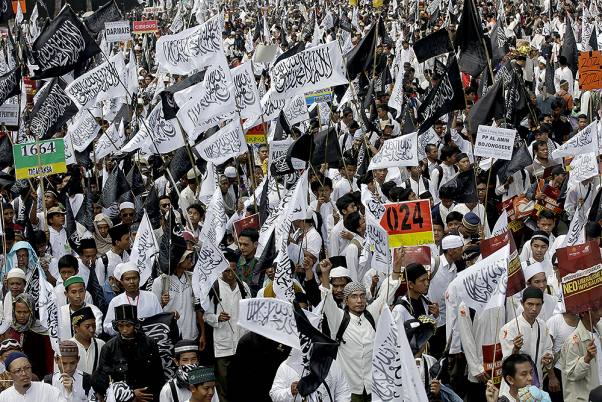 Members of Hizbut Tahrir Indonesia wave flags during a rally in Jakarta, Indonesia. Thousands of followers of the hard-line group took part in the rally calling for the creation of Islamic caliphate and the implementation of Sharia law. 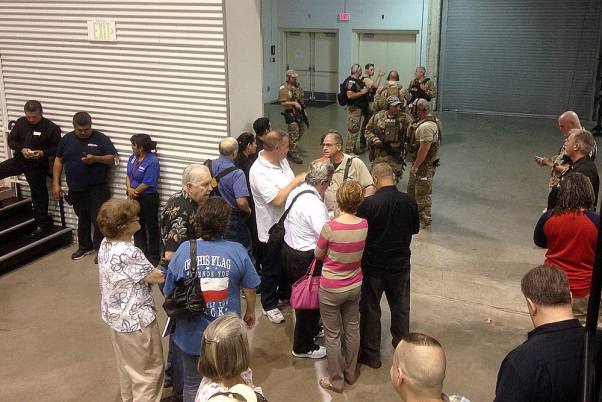 People are sequestered by members of the Garland Police Department inside the Curtis Culwell Center in Garland, Texas, USA. A contest for cartoons depictions of the Prophet Muhammad in the Dallas suburb is on lockdown Sunday after authorities reported a shooting outside the building. 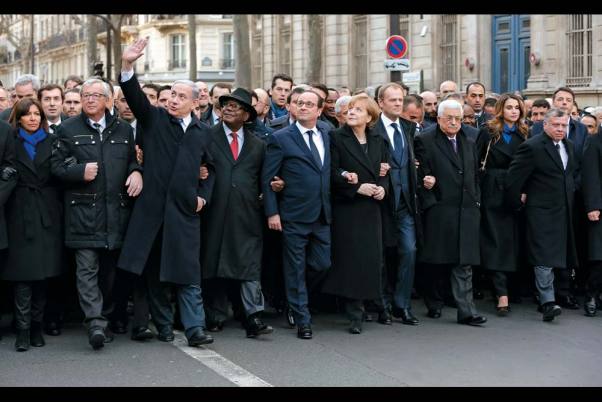 All together World leaders at the Je suis Charlie rally 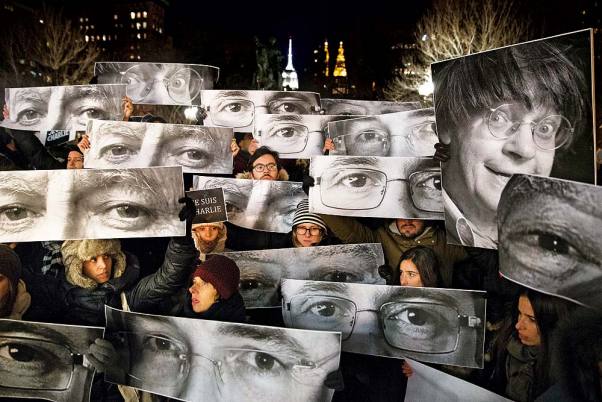 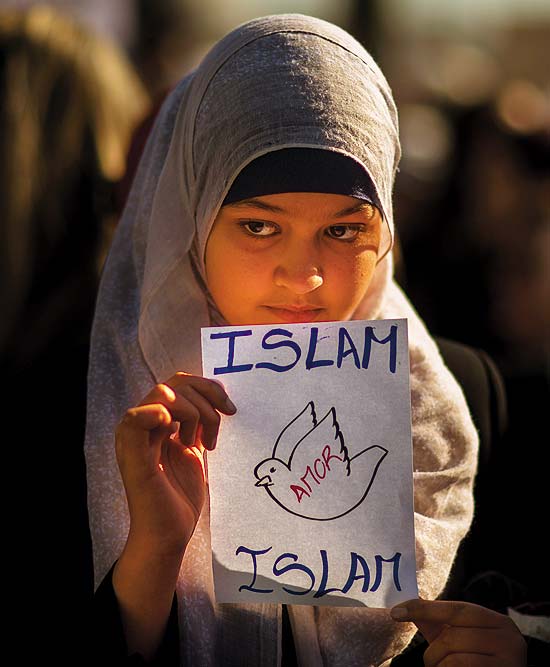 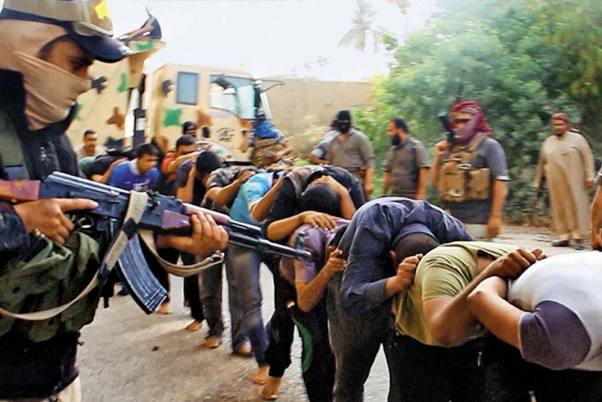 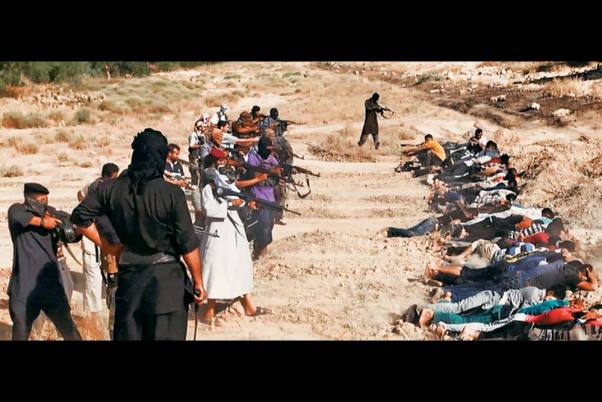 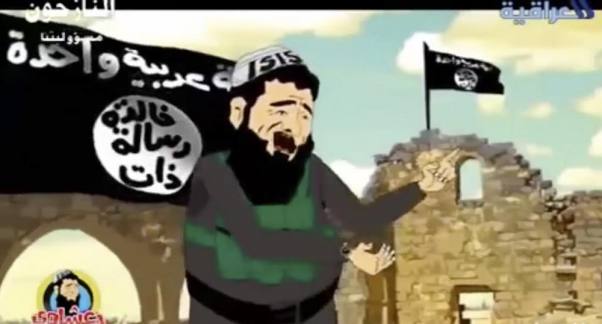 In this image made from an undated cartoon broadcast on state-run al-Iraqiya TV in Iraq, a cartoon character portrayed as a member or a supporter of the Islamic State group sings a song. Television networks across the Middle East have begun airing cartoons and comedy programs using satire to criticize the group and its claim of representing Islam. And while not directly confronting their battlefield gains, the shows challenge the legitimacy of the Islamic group and chips away at the fear some have that they are unstoppable. The Arabic writing on the flag reads, "One Arab nation," top, and "Having an eternal message." "ISIS" on the cartoon character's head cover is the outdated acronym of the group. 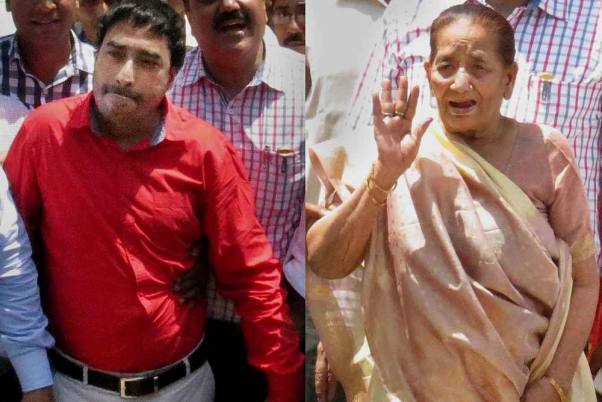 Combo photo of Ranjit Singh Kohli alias Raqibul Hasan Khan, and his mother Kaushalya Rani being produced in a Dwarka Court in New Delhi. Kohli has been arrested for allegedly torturing national level shooter Tara Shahdeo to convert to Islam after marriage. 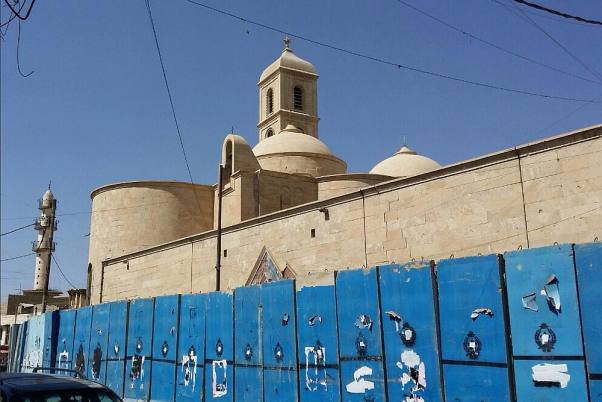 In this Saturday, July 19, 2014 photo, the church of Mary is seen abandoned after Islamic militants closed it and brought the cross down from the rooftop in Mosul, 225 miles (360 kilometers) northwest of Baghdad, Iraq. Iraqi Prime Minister Nouri al-Maliki has condemned the Islamic State extremist group's actions targeting Christians in territory it controls, saying they reveal the threat the jihadists pose to the minority community's "centuries-old heritage." 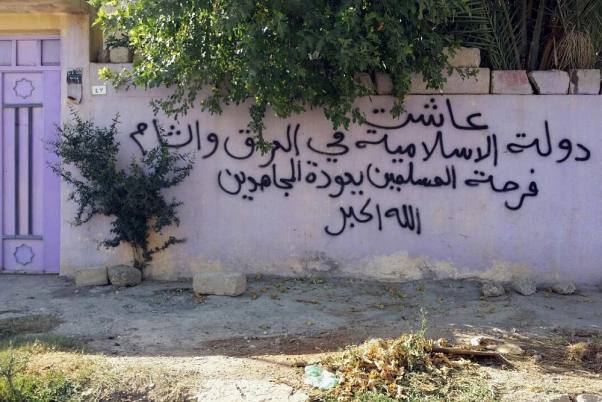 This Saturday, July 19, 2014, photo, shows an empty house of a Christian family with Arabic writing that reads, "Long live the Islamic State in Iraq and the Levant. Muslims are happy with the return of Mujahideen. God is Greater," in Mosul, 225 miles (360 kilometers) northwest of Baghdad, Iraq. Iraqi Prime Minister Nouri al-Maliki has condemned the Islamic State extremist group's actions targeting Christians in territory it controls, saying they reveal the threat the jihadists pose to the minority community's "centuries-old heritage." 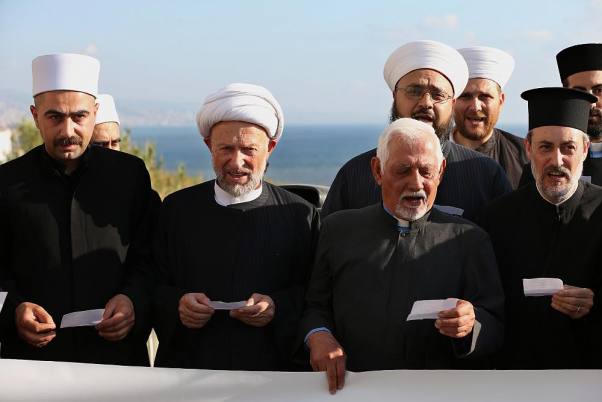 Lebanese Christians, Sunnis, Shiites and Druse clerics gather during a sit-in as they pray in solidarity with the people in Gaza and Christians of Mosul, Iraq, who have fled militants of the Islamic state group, in Beirut, Lebanon, Thursday, July 24, 2014.