India’s top diplomat Harsh Vardhan Shingrla flagged off New Delhi’s first consignment of wheat  to Afghanistan on Tuesday. The convoy of 50 trucks carried 2,500 metric tonnes of wheat. Afghanistan’s wheat cultivation had been severely affected by two years of drought combined with the civil war that witnessed fighting in the countryside, and people leaving their fields to take shelter in neighbouring towns and cities.

The presence of the foreign secretary signifies the importance New Delhi attaches to the event, as it hopes to retain the goodwill of the people of Afghanistan by reaching out to them in their hour of need. India’s development projects in Afghanistan in the last two decades had touched the hearts and minds of ordinary Afghans. The wheat is being sent through the UN’s World Food Program. The distribution will be supervised by UN officials on the ground.

The decision to help Afghanistan, facing a massive humanitarian crisis, was announced last October after a MEA delegation met with Taliban’s second deputy prime minister Abdul Salam Hanafi in Moscow. The meeting took place on the sidelines of a discussion held under the Moscow format. The Indian team told Hanafi that the Modi government was keen to provide humanitarian assistance. The Taliban leader accepted.

But it took a long time for aid to take off, largely because the wheat had to be transported overland, through Pakistan. Islamabad has a policy of not allowing Indian goods through its territory. But in view of the urgent need for wheat in Afghanistan Pakistan relented after the Taliban too urged Prime Minister Imran Khan to do so. Islamabad took one month to say yes to India’s proposal.
Trade between India and Pakistan had come to a halt since Pakistan decided to snap commercial links with India following the scrapping of Kashmir’s special status in August 2019. But by July 2020, Pakistan had allowed limited one way traffic from Afghanistan into India, so that Afghan traders did not suffer. 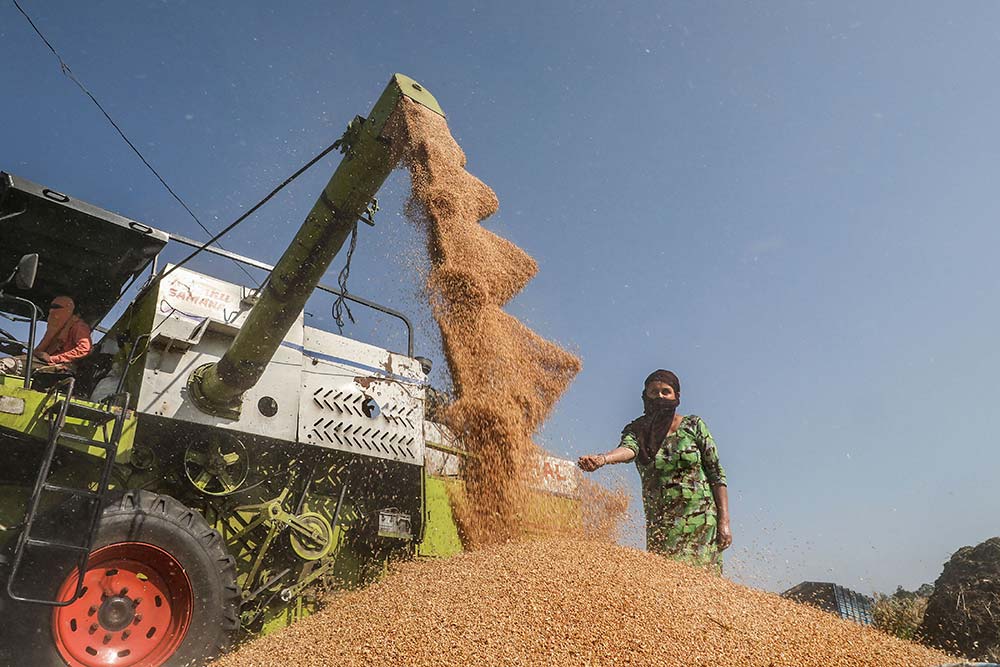 India offers support for Afghanistan with wheat. The consignment will pass through Pakistan. (File Photo)

“In response to appeals made by the United Nations for humanitarian assistance to Afghanistan, the Government of India has decided to gift 50,000 MT of wheat to the people of Afghanistan. The supply will be affected by the Food Corporation of India (FCI) and transported from ICP Attari (India) to Jalalabad (Afghanistan) by Afghan transporters,” the MEA said in a statement.

“India remains committed to its special relationship with the people of Afghanistan,’’ the statement added. New Delhi had earlier provided 13 tonnes of life-saving medicines and 500 units of winter clothing as well as 5,00,000 doses of Covaxin to the WHO. The medicines were also supplied to Kabul’s premier children’s hospital named after Indira Gandhi. The hospital was built and set up by India.
Since 2001, successive Indian governments had steadfastly supported the US backed governments in Kabul, whether it was Hamid Karzai or Ashraf Ghani. Delhi refused to deal with the Taliban, even when Karzai himself had advised India to do so after the US and Taliban signed a peace agreement in 2020.

This policy of putting all its eggs in one basket had not helped New Delhi. The fact that Pakistan was the main backer of the Taliban and that the Haqqani network had time and again targeted Indian interests in Afghanistan had perhaps led New Delhi to have no truck with this anti-India group. But, considering the Taliban’s desperate bid for international recognition, it will not shun any overtures for now, whether from India or anyone else. New Delhi also hopes that its past good work on the ground will stand it in good stead.