Bollywood stardom usually conjures images of jealousy and one-upmanship. But it has also witnessed some friendships that survived. In part 12 of Sands of Time, we look at one such story of friendship, stardom and eventual downfall.

Back in the 1940s, two dashing young men were seen frequenting Bombay’s Mahalaxmi Race Course every other day, betting on horses and splurging huge amounts of money. Spending upwards of fifty thousand rupees on a single steed was routine for them. While it may seem a puny sum now, it was a massive amount 80 years ago. These men would drink premium scotch till the wee hours of the morning, made fools of themselves by attempting to woo the same woman, and dined at the most premium eateries in Bombay.

They had all the money and all the time in the world. These two men were in the prime of their careers, one being the highest paid leading man in Hindi films, and the other the highest-paid baddie. Motilal Rajvansh and Chandramohan Watal didn’t really have a family life to speak of and kept squandering wealth till there was nothing left to spend. Chandramohan didn’t waste much time studying as a child. He was getting a different kind of ‘education’. From a young age, he had a strange trinity of addiction: liquor, racing and books. He had an enviable collection of books and was a fluent speaker of Hindi, Urdu, Marathi and English. This was helpful in keeping up the impression that he was fairly erudite, despite the lack of formal education.

Chandramohan’s parents passed away when he was fairly young, and he was raised by his grandparents. They doted on him but the indulgence also came with a fair amount of interference. In March 1930, Chandramohan left home and landed up in Delhi, looking for work. After pursuing several odd jobs, he found employment with a movie distributor. In the course of his job, he had to travel to Pune’s Prabhat Talkies to negotiate a deal concerning Sairandhri (1933), a film which was being directed by a certain V. Shantaram. One look at Chandramohan and Shantaram decided he would be perfect fit for a villain’s role. Chandramohan kept resisting but eventually gave in, playing a despotic priest in Amrit Manthan (1934). For the next decade or so, Chandramohan blazed a trail through Hindi cinema, playing villainous roles with a depth and intensity rarely witnessed ever since. His eyes and that cold, hard stare was enough to run a chill through collective spines in the dark theatre.

In the meanwhile, Motilal was charting his own course. He had come to Bombay to join the navy. Sailors were formidable figures and seemed to be the best way to score abundant female attention. But a chance meeting with filmmaker Kali Prasad Ghosh landed him the lead role in Sheher Ka Jadoo (1934). This was the era when actors were hired as employees and paid salaries. Motilal was hired by Sagar Movietone and by the time he started earning Rs 2000 per month, he was already the highest-paid male star in India. For someone with no background in acting, Motilal’s acting chops were phenomenal. Right from the earliest days, Hindi film stars have been known for their loud, stylized performances. Every star had their own, unique style which endeared them to the masses. The “actors”, on the other hand, rarely achieved the kind of mass popularity these stars commanded. Motilal was a glaring exception. Back in the 40s when even the character actors had a certain affectation, Motilal spoke like he was having a conversation with the audience. His naturalistic manner can seem contemporary even today. But regardless, he was the darling of millions and climbed dizzying heights of stardom in a matter of years. 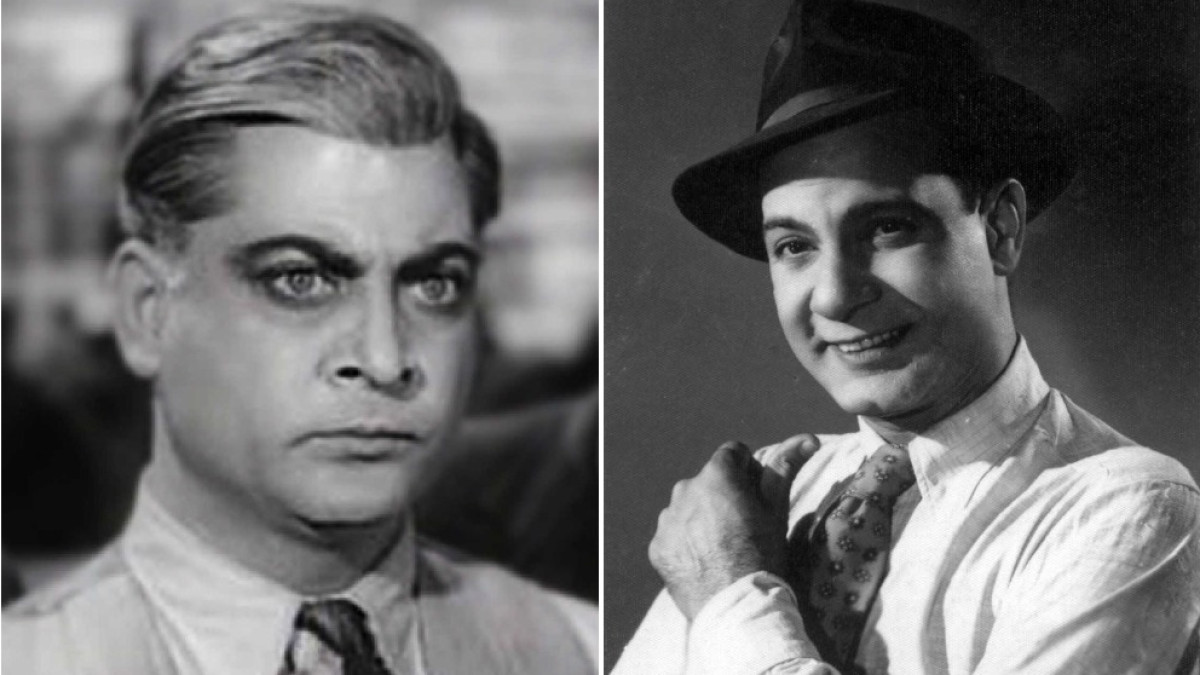 Motilal and Chandramohan became fast friends. A love of good literature, great wine, racing and good food: these two had a lot in common. What they also had in common was their ego. There was one story that did the rounds, often narrated by either of these two gentlemen to eager listeners. On one particular occasion, Chandramohan was running late for his shoot. When the assistant director came to him in a mad rush, the actor handed him his coat and asked him to give it to the director. “Tell him that even Chandramohan’s coat can act until he arrives”, he is supposed to have said. Motilal was known for his many quirks. There were apocryphal accounts of him crashing his car due to his habit of “turning to look at pretty girls in the street”. Despite his considerable stardom, he preferred to live in a rundown building because he thought it was “lucky” for him. Motilal and Chandramohan had a coterie of influencial friends who shared their passion for horses and riding, including Harisingh - the then Maharajah of Kashmir, and Maharaja of Gwalior.

Hindi films hadn’t discovered its plethora of formulas and tropes yet. Everything was an experiment. Both Chandramohan and Motilal had a wide range of parts to choose from, despite having the “image” of a hero and a villain, respectively. If Motilal doled out social and political commentary in the delightful Mr Sampat (1952), Chandramohan delivered a hair-raising performance in Mehboob Khan’s Roti (1942) as a homeless man who turns into a megalomaniac when he comes into a lot of wealth. Audiences were eating out of their hands. But the extravagant living had to take its toll. One day, Chandramohan called Motilal over for a chat. As narrated by journalist Bunny Reuben in his book Follywood Flashback, when Motilal arrived, his friend “was sitting there, alone, and he had a bottle of Vat 69 open in front of him”. He went on talking about what was troubling him, without offering Motilal a single drop to drink. This had never happened before. As the evening drew to a close, Chandrmohan walked with Motilal to the lift, to see him off. As the doors opened, Chandramohan broke down in sobs and hugged his friend. The fact was that the bottle labelled Vat 69 was filled with country liquor. That was all he could afford, and he was too ashamed to offer his friend hooch instead of fine scotch.

Chandramohan died in penury, on April 2, 1949. Legend has it that his friend Motilal was by his side. 16 years later, Motilal passed away in a hospital bed that he couldn’t afford. He was directing a quaint film called Choti Choti Baten which had one of his best performances, but couldn’t complete it before his death.

Over 19 Lakh Indian Accounts Banned By Whatsapp In May