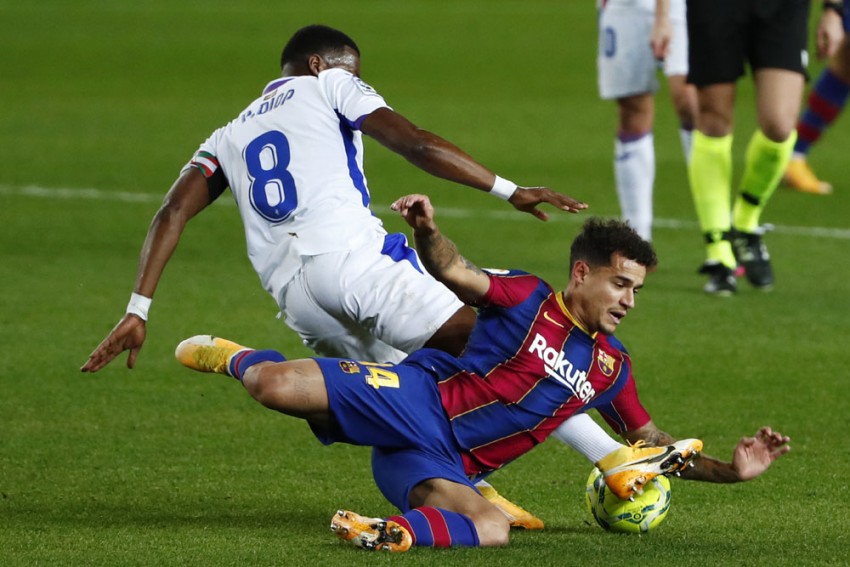 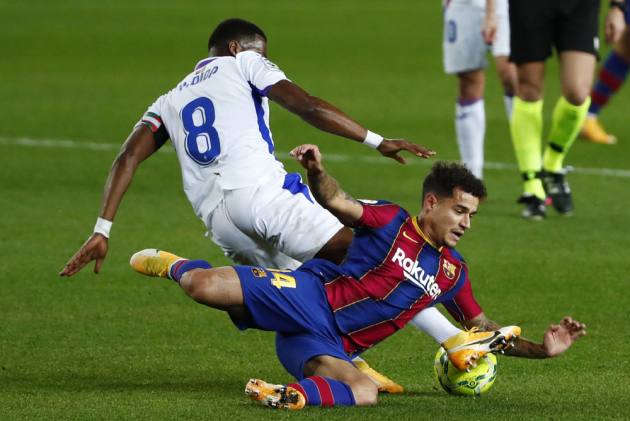 Ronald Koeman expects to be without Philippe Coutinho for at least three months following surgery to repair a knee injury. (More Football News)

Coutinho suffered damage to the external meniscus of his left knee after coming on as a second-half substitute in Barcelona's 1-1 draw with Eibar on Tuesday at Camp Nou.

The Brazil international was told he required an operation following further assessment and, while the club has yet to offer a timetable for his return, Koeman has confirmed it will be a lengthy absence.

Speaking ahead of Saturday's LaLiga fixture away to Huesca, the Barca boss admitted it is a blow to lose another forward option, considering he is also without the services of Ansu Fati.

"It's unlucky because we have so many important players out injured and Philippe will be about three months out," Koeman told the media.

"He always has been an important player and he will be important, but now he has to recover, and I don't know when he will be 100 per cent fit.

"An important absence. Up front, we are having some problems, of course, and I will have to see how we can solve Philippe's absence."

PLAYER UPDATE | Leo #Messi is fit and is in the squad for #HuescaBarça! pic.twitter.com/2HFAPUjunC

Coutinho's injury will increase speculation over Barca making a move for long-time target Memphis Depay in the January transfer window.

The Netherlands international is in the final year of his contract at Lyon and media reports in both France and Spain have suggested he could be available at a greatly reduced price, considering he can leave for free at the end of the 2020-21 season.

In the short term, Koeman will at least have Lionel Messi back for the game with Huesca, as Barcelona aim to avoid losing three successive games against newly promoted sides in the top flight for the first time in their history.

The Blaugrana were beaten by Osasuna in July towards the end of the previous season, then humbled by top-flight new boys Cadiz last month.

Diego Maradona Was A Poet And A Great Champion – Pope Francis