Novak Djokovic will have to come from behind to continue his long winning run at grand slams, with Dominic Thiem having the edge in their French Open 2019 semi-final 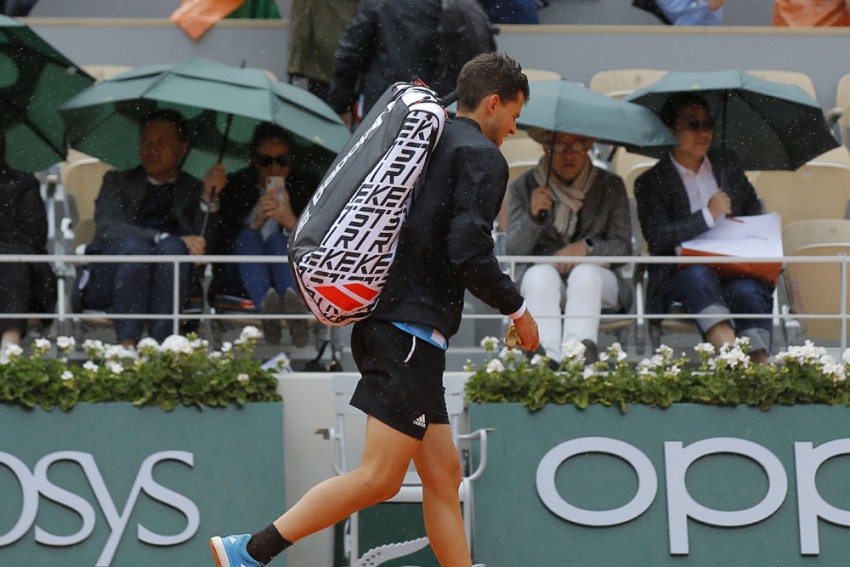 Austria's Dominic Thiem walks towards the locker rooms for a brief interruption because of the rain during his semifinal match of the French Open tennis tournament against Serbia's Novak Djokovic at the Roland Garros stadium in Paris on June 7, 2019.
Omnisport June 08, 2019 00:00 IST French Open 2019, Fickle Paris Weather Halts Dominic Thiem's Momentum Against Novak Djokovic 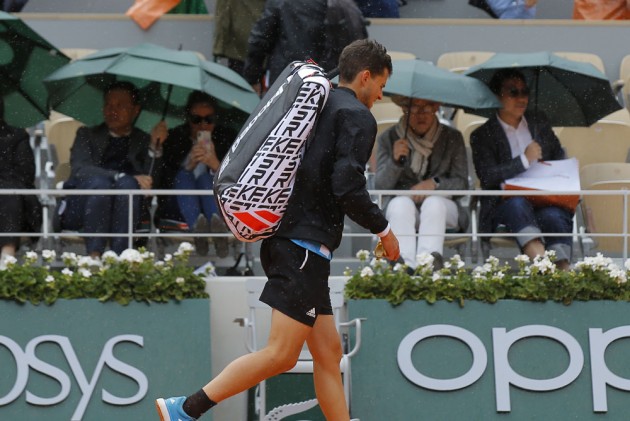 Dominic Thiem will resume on Saturday with a slender lead over Novak Djokovic after bad weather prevented their French Open semi-final from being completed on Friday.

Djokovic struggled in high winds in a first set that Thiem won 6-2 at Roland Garros, but the top seed weathered the storm to take the second 6-3.

Last year's runner-up Thiem had just gone a break up at 3-1 in the third set when the players went off with rain lashing down and they were unable to return.

The tournament organizers regret to announce that, due to poor weather conditions, no more matches will be played today at Roland-Garros.

Djokovic - bidding to hold all four major titles for the second time in his career - was visibly troubled by strong gusts from the start as he struggled with the ball toss and went a break down at 2-1 after netting a backhand off balance before a brief rain delay.

The composed Thiem was whipping up a storm of his own and the unsettled Serbian prodded a volley into the net to go a double break down at 5-2 in one of several unsuccessful forays forward.

Thiem served out the set to love in emphatic fashion and Djokovic fended off a couple of break points early in the second prior to a heavy shower, which took the players off.

Djokovic looked much more at home when play resumed, executing an exquisite drop shot to perfection and breaking for a 5-3 advantage after working the Austrian from side to side.

The 2016 champion charged forward to steer away a backhand winner and level the match, but Thiem mixed up his game in cute fashion and took the initiative in the third set before the weather halted his momentum.