Home  »  Website  »  Sports  »  Calls For Bundesliga To 'Tighten Up' Hygiene After Hugs, Kisses

Calls For Bundesliga To 'Tighten Up' Hygiene After Hugs, Kisses 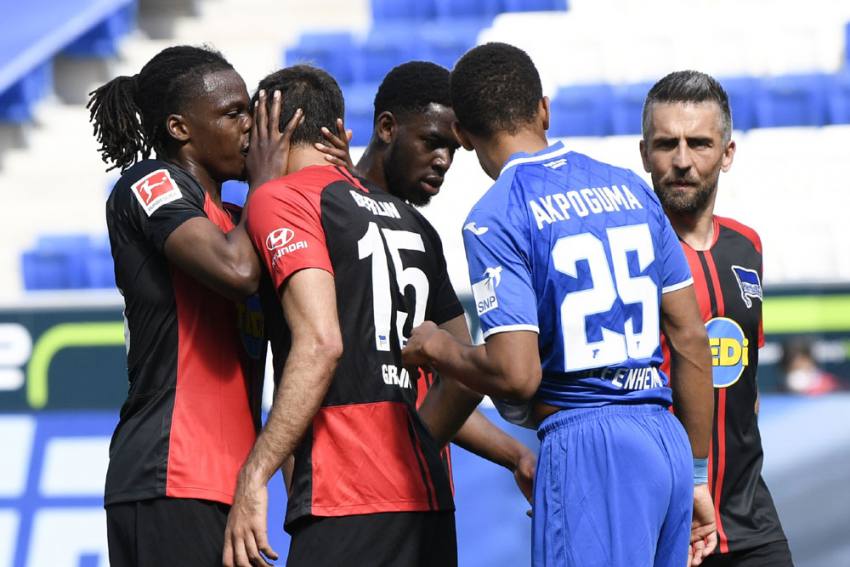 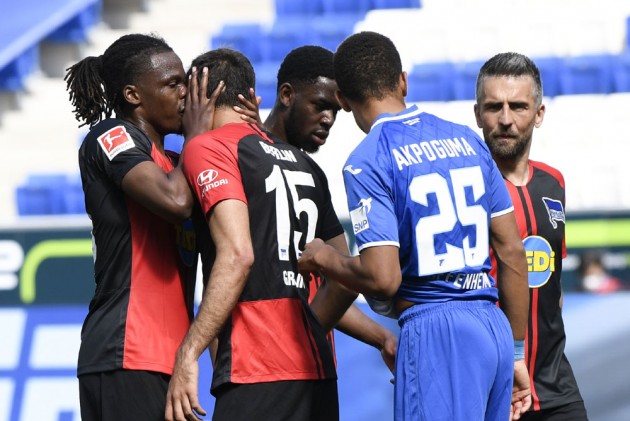 A senior German politician expects the Bundesliga to "tighten up" instructions on how to celebrate goals after some players hugged - breaching strict hygiene protocol - when the league resumed this weekend.

The German season restarted on Saturday after a two-month break due to the coronavirus pandemic with clubs having agreed to draconian hygiene guidelines in a plan approved by the German government.

"Football has an extreme function to be a role model, so we should stick to our instructions and pay attention to it next week," Markus Soeder, state minister for Bavaria, told broadcaster Sport1 on Sunday.

The Bundesliga is the first top European league to resume during the COVID-19 outbreak.

Players were told to avoid contact whenever possible, especially when celebrating goals - yet that was ignored on a few occasions.

Hertha Berlin's Marko Grujic was kissed on the cheek by team-mate Dedryck Boyata on Saturday after their side took the lead in a 3-0 win against Hoffenheim.

"I didn't like it," Soeder said sternly, referring to Hertha's protocol breach.

Earlier this month, the capital city side had already suspended ex-Chelsea forward Salomon Kalou for posting a video of him shaking hands with team-mates in the dressing room before training.

Also on Saturday, some Borussia Moenchengladbach players hugged after their team scored two early goals in the 3-1 victory at Eintracht Frankfurt.

"The players must also obey the rules," added Soeder.

The German Football League (DFL) has said it would not sanction any players for not sticking to the guidelines at the weekend - but that could change.

Hertha coach Bruno Labbadia defended his players for their celebrations, insisting it is part of the game.

"We've been tested so many times that we can allow it," said Labbadia, who was taking charge of Hertha for the first time.

"If you can't celebrate anymore, the whole thing breaks down."