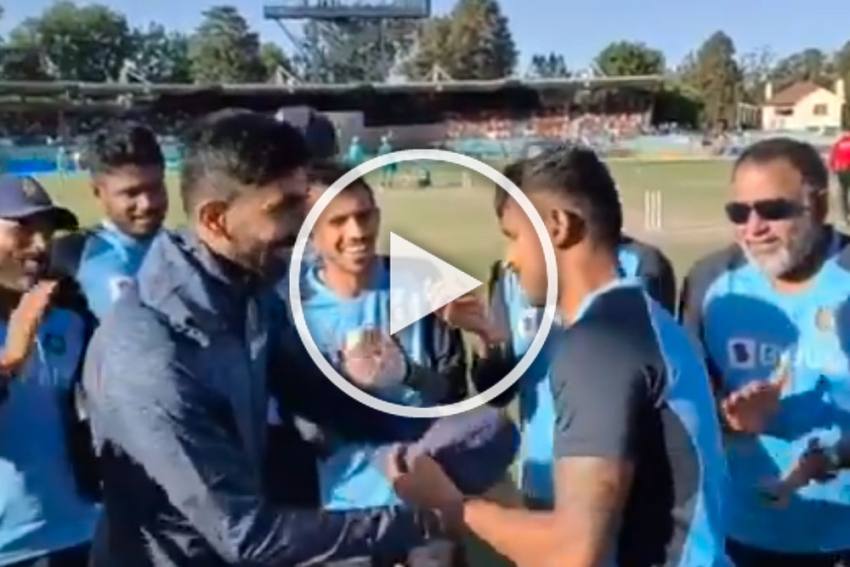 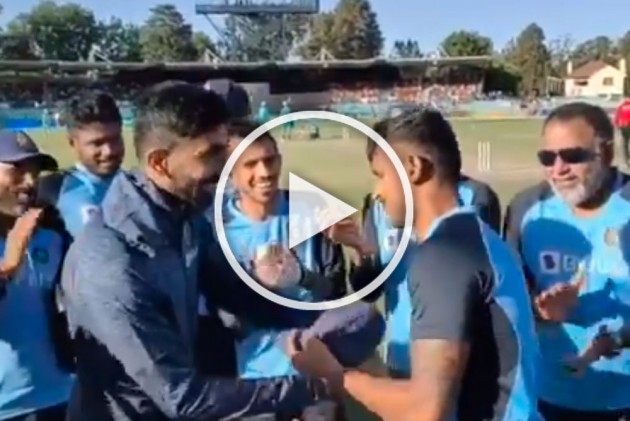 Days after making his international debut in the third and final ODI match against Australia, Thangarasu Natarajan was handed the T20I cap on Friday as India start their second leg of the tour.

Natarajan, 29, who impressed everyone with his deadly yorkers during the Indian Premier League (IPL) 2020 in the United Arab Emirates, got the cap from India's pace spearhead Jasprit Bumrah at Manuka Oval, Canberra.

After his ODI debut, @Natarajan_91 will today play his maiden T20I game for #TeamIndia. He gets his ðÂÂÂÂÂÂ§¢ from @Jaspritbumrah93 #AUSvIND pic.twitter.com/hfDsw2Tycu

Natarajan took two wickets for 70 runs in his debut match at the same venue on Wednesday, which India won by 13 runs to deny the Aussies a clean sweep.

At the toss, India captain Virat Kohli said that Natarajan looked composed in the third ODI.

"Great chance to have a look at a few guys. Have managed workloads of the bowlers nicely so far. We've been playing good T20 cricket, we just have to continue that. Natarajan is making his debut today. Looked composed in the third ODI. There was a reason I went to him," said Kohli.

But India opted to ignore Bumrah, who's their leading wicket-taker in the shortest format of the game.