Mumbai's Prithvi Shaw has retained his place in the side after failing to make the playing XI in the last two Tests in England. 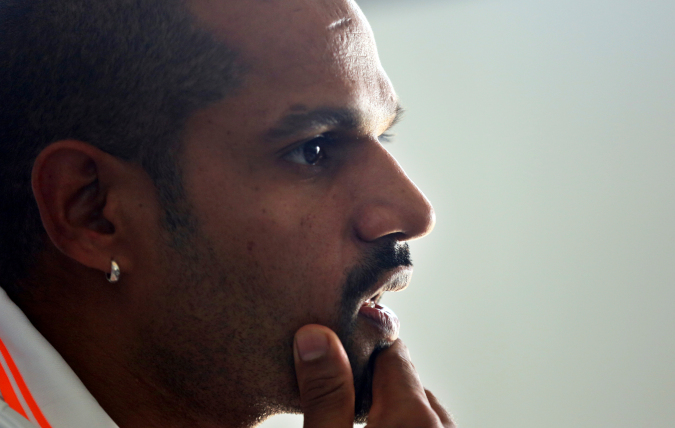 The selectors decided to rest the duo of Bhuvneshwar Kumar and Jasprit Bumrah, taking into account their "workload" in recent months, effectively thrusting upon Mohammad Shami the responsibility to lead the pace attack.

Mumbai's Prithvi Shaw has retained his place in the side after failing to make the playing XI in the last two Tests in England.

Dhawan, 32, was one of the failed batsmen during India's tour of England. The opener managed to score 162 runs in 8 innings in a forgettable tour.

Agarwal, on the other hand, was the top scorer in the last Ranji Trophy season with 1160 runs in 8 matches.

Considering that Dhawan has been shown the door, young Shaw could finally get his chance to open the batting with K L Rahul, who seemed to have saved his place with a fine knock in the final Test against England.

Mayank, 27, is another option for one of the opening slots. Both Mayank and Shaw had a good outing for India A in England earlier this summer.

"Taking stock of the recent workload, the selectors have decided to rest Jasprit Bumrah and Bhuvneshwar Kumar. Both Ishant Sharma and Hardik Pandya were not considered for selection, as they are yet to recover from their injuries," BCCI acting secretary Amitabh Choudhary said in a statement.

With this being the final assignment before the team embarks on the tour of Australia, Dhawan's chances for an imminent Test recall looks bleak. His Man of the Series-winning effort in Asia Cup ODI tournament was not enough to save his place in the traditional format.

Karun Nair, who was not played in a single Test against England, also got the axe in a surprising move.

Hanuma Vihari, who made a battling half-century on his debut at the Oval in the final Test, was preferred over Nair.

The other new face, pacer Siraj was picked after he performed for India A in the recently-concluded quadrangular series featuring Australia A and South Africa A. His exploits included brilliant figures of 8/59 in one of the games.

Murali Vijay, who has been in impressive form in county cricket for Essex after being dropped following a disastrous run in the first three Tests in England, failed to convince the selectors for a recall.

Pandya had to be stretchered off the field after suffering an acute lower back injury in India's game against Pakistan at the Asia Cup.

The spin responsibility will be shouldered by the seasoned duo of Ravichandran Ashwin, Ravindra Jadeja and aided by Kuldeep Yadav.

The first Test will be played at the Saurashtra Cricket Association Stadium in Rajkot from October 4 to 8, followed by the second match at the Rajiv Gandhi International Stadium in Hyderabad from October 12 to 16.

The five-match ODI series will begin on October 21 at Guwahati, followed by the second ODI on October 24th at Indore and third ODI at Pune on October 27th. The final two one-dayers will be held at Mumbai and Thiruvananthapuram on October 29th and November 1, respectively.

The one-dayers will be followed by the three T20 Internationals to be held at Kolkata (November 4), Lucknow (November 6) and Chennai (November 11).