Last month, Russian Foreign Minister Sergey Lavrov said in Tashkent that Russia will continue to work with India and other countries which can influence the situation in Afghanistan. 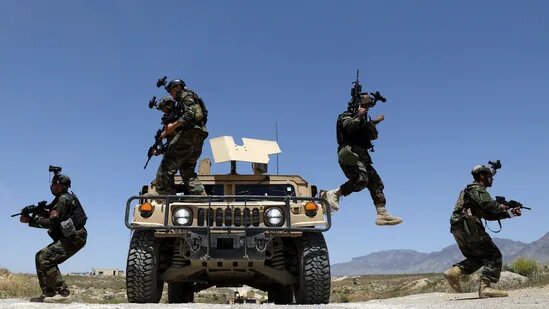 India remained uninvited to a crucial meeting convened by Russia to review and discuss the fast-evolving situation in Afghanistan. The meeting, which is scheduled to be held in Qatar on August 11, includes participation of Pakistan, China and the US, said people familiar with the development on Thursday.

In a bid to put a check on the Taliban's ongoing offensive in Afghanistan, Russia has revamped it's efforts with an aim to involve all key stakeholders in the war-torn country to stop the violence and facilitate the Afghan peace process.

Russia has been holding the 'Moscow Format' of talks to bring peace and creating conditions for the process of national reconciliation in Afghanistan.

Last month, Russian Foreign Minister Sergey Lavrov said in Tashkent that Russia will continue to work with India and other countries which can influence the situation in Afghanistan.

Following the comments, there was speculation that India may be included in the upcoming 'extended Trioka' meeting.

"We will continue working with the Americans in the extended Troika format as well as with all other countries that can influence the situation in Afghanistan, including our partners from Central Asia, India, Iran and the US," he had told reporters.

"We have a Moscow format that includes all the main players," Lavrov had said.

Though Russia has differences with the US on various dimensions of the Afghan conflict, both countries are now pushing for the intra-Afghan talks and to put an end to the widespread violence being perpetrated by the Taliban.

India is yet to comment on the upcoming extended Troika meeting.

Meanwhile, Afghan Ambassador to India Farid Mamundzay described as a positive development the decision to hold a meeting of the United Nations Security Council on August 6 to discuss the situation in Afghanistan.

India's ambassador to the UN TS Tirumurti announced that the UN Security Council will meet on Friday under Indian Presidency to discuss and take stock of the situation in Afghanistan.

"Convening an emergency UN Security Council Session on Afghanistan is a positive development. UN & international community must play a greater role to stop the unfolding tragedy in Afghanistan due to violence & atrocities by terrorists. Thank you India for the lead role as UNSC President," Mamundzay tweeted.

The decision to hold the UNSC meeting came two days after Afghan Foreign Minister Mohammed Hanif Atmar spoke to his Indian counterpart S Jaishankar on the convening of an emergency session of the UN Security Council to stop Taliban's violence.

India holds the presidency of the UNSC for the month of August.

The Taliban has been making rapid advances across Afghanistan by resorting to widespread violence since the United States began withdrawing its troops from the country on May 1.

India has been a major stakeholder in the peace and stability of Afghanistan. It has already invested nearly USD 3 billion in aid and reconstruction activities in the war-ravaged country.

India has been supporting a national peace and reconciliation process that is Afghan-led, Afghan-owned and Afghan-controlled.
It has also been calling upon all sections of the political spectrum in Afghanistan to work together to meet the aspirations of all people in the country, including those from the minority communities, for a prosperous and safe future.