Several Assam groups observe a 'Black day' in protest against the move of the Joint Parliamentary Committee (JPC) on the Citizenship Bill to table its report to the Lok Sabha. 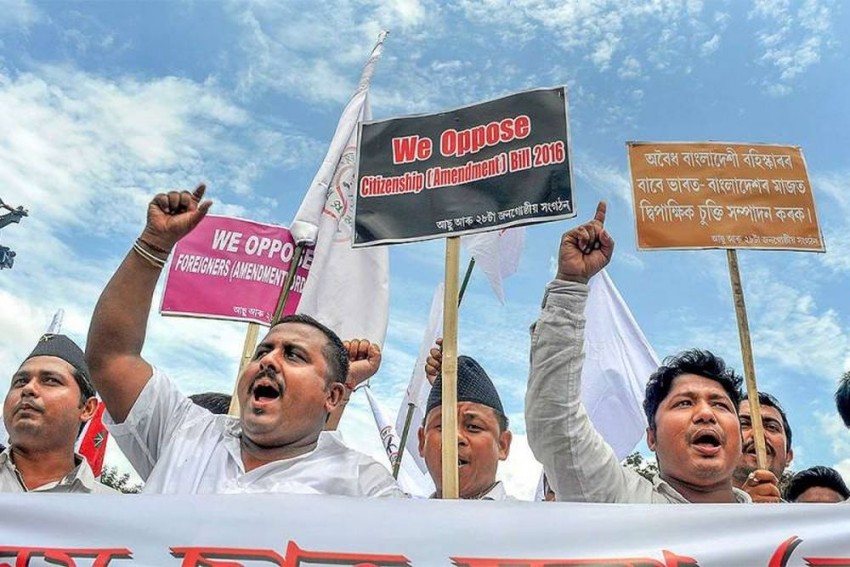 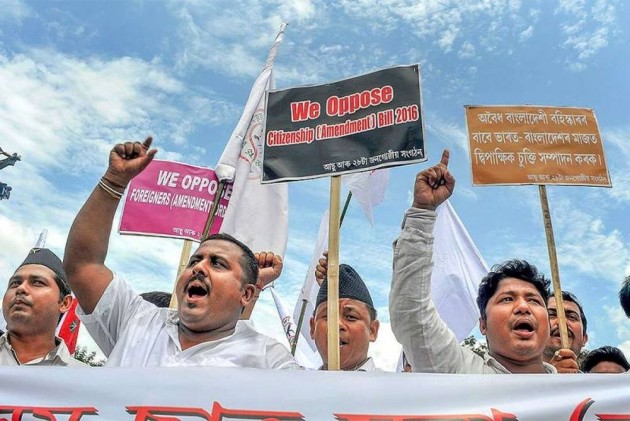 Several groups in Assam opposing the Citizenship (Amendment) Bill 2016 on Monday observed a 'Black day' in protest against the move of the Joint Parliamentary Committee (JPC) on the Bill to table its report to the Lok Sabha.

While the All Assam Students Union (Aasu) and 30 other outfits burnt copies of the Bill in towns and villages of Assam to register their protest, over 70 other organisations under the leadership of Krishak Mukti Sangram Samiti (KMSS) hoisted black flags in different parts of the state.

One AJYCP member stood a nude protest in Tinsukia town shouting slogans against the Bill and the JPC's move to table the report.

"We have observed the day as 'Black day'. The Citizenship Bill has not only threatened the existence of indigenous communities of Assam but also make the indigenous people a minority in their own land. The BJP has failed to understand the sentiments of the people of the state. We are going to fight till the Bill is scrapped," said AASU adviser Samujjal Bhattacharyya.

While AASU and other groups staged protests on Monday, the North East Students Organization (NESO) -- an umbrella organisations of students bodies of all the northeastern states -- has called for a total shutdown on Tuesday.

"This Bill is against the indigenous people of Assam and we are going to oppose it tooth and nail. NESO has also called for a mass demonstration in Guwahati on January 23 to register its protest against the Bill," he added.

"Through the Bill, the BJP wants to win the Lok Sabha polls. We have already started a movement against this and will continue until the Bill is withdrawn," said KMSS leader Akhil Gogoi.

There have been protests in Assam over the Citizenship Bill since last year when the members of the JPC visited Assam to seek public opinion over the Bill.

The movement has been intensified from January 4 when Prime Minister Narendra Modi during a public rally in Silchar said that the Citizenship Bill would be passed by Parliament soon.