The bill, already accepted by the cabinet, will be placed in Parliament for approval on Tuesday. 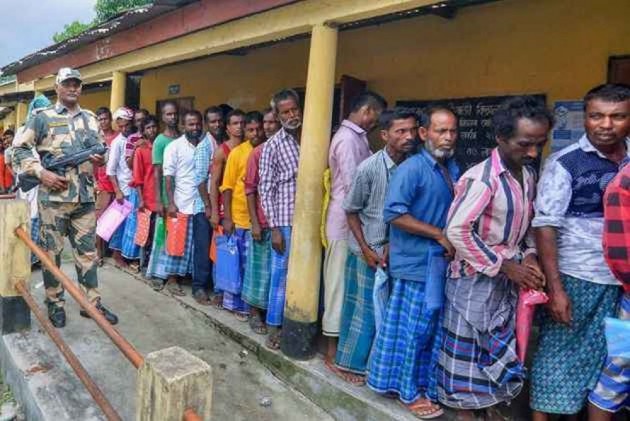 Assam minister Himanta Biswa Sarma has described the Citizenship (Amendment) Bill, 2016, as a “fight between Jinnah’s legacy and India’s legacy”, invoking the founder of Pakistan to justify the BJP government’s push for the controversial legislation.

The bill, already accepted by the cabinet, will be placed in Parliament for approval on Tuesday.

Here’s everything you wanted to know about the issue:

The bill aims to allow non-Muslim “persecuted minorities” from Bangladesh, Afghanistan and Pakistan —Hindus, Sikhs, Buddhists, Jains, Parsis and Christians—to apply for Indian citizenship within six years of entering India instead of the present 11 years. Earlier, the NDA government passed two notifications exempting such immigrants from the Foreigners Act 1946 and the Passport (Entry into India) Act 1920, enabling them to continue living in India if they had arrived before December 31, 2014.

A 16-member Joint Parliamentary Committee visited Assam and Meghalaya in May last year to collect public feedback on the bill. While a majority of the representations from Brahmaputra Valley opposed the Bill, the Bengali-majority Barak Valley favoured the bill. Out of the memorandums submitted by 135 groups in Guwahati opposing the bill, one was signed in blood. The Meghalaya government, in which the BJP is an ally, also opposed the bill.

Those against the bill say that it negates the 1985 Assam Accord, which was signed to end the six-year-long agitation against illegal migration, especially from Bangladesh. The accord made provision for detection and deportation of illegal migrants who had entered Assam after March 24, 1971. The CA bill will allow immigrants to get Indian citizenship even if they have entered Assam after the cut-off year.

The CA Bill also goes against the ongoing process for updating the National Register of Citizens (NRC) which aims to find out who are the original inhabitants of the state based on the 1951 voters list or a few other approved documents.

The bill also goes against Article 14 of the Constitution which guarantees the right to equality. The bill seeks to give citizenship on the basis of religion.