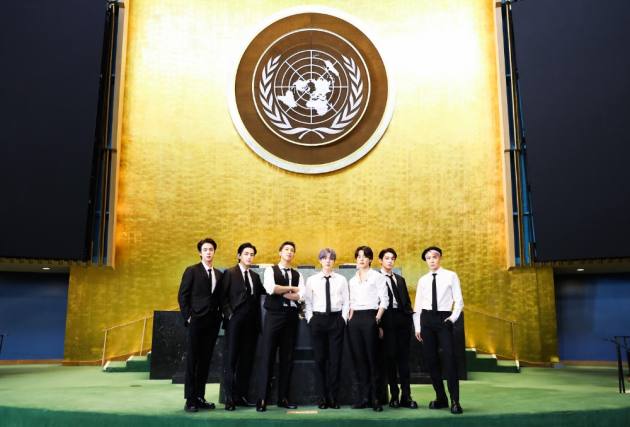 Kpop sensation BTS delivered a thoughtful speech and then performed their hit single ‘Permission To Dance’ at the 76th United Nations General Assembly, after they were appointed as the ‘Special Presidential Envoy for Future Generations and Culture’.

Introduced by President of Republic of Korea Moon Jae-in, the septet came up on stage to present the stories of youth trying to live healthier lives or their thoughts on climate change.

BTS further addressed the youth who are courageously challenging themselves.  “We think that instead of the ‘lost generation,’ a more appropriate name would be the ‘welcome generation.’ Because instead of fearing change, this generation says, ‘Welcome!’ and keeps forging ahead,” the said.

They also mentioned the importance of getting vaccinated and closed the speech on a hopeful note. “We think the day we can meet again face to face is not far away. We believe that every choice we make is the beginning of change. We hope that in this nascent new world we can all say to each other, ‘Welcome!’” they said.

Earlier, while preparing for their speech, BTS had asked their fans and the general youth across the globe through their social channels “What were the past 2 years like for you, and what's your world like today?” They received countless stories from all over the world and presented some of them today, acting as messengers to make the voice the future generation heard.

The speech was followed by the musical performance of ‘Permission to Dance’ that first saw the band singing in the General Assembly Hall, and then moving to the lobby. BTS came out individually through seven doors to the plaza where they continued to show off their dance moves dripping in bright energy. The epic performance capped off with the band doing the ‘International Sign’ gestures for ‘Joy’, ‘Dance’, and ‘Peace’ alongside dancers on the North Lawn.