Sri Lankan President Ranil Wickremesinghe was present at the handover ceremony of the maritime surveillance aircraft which took place on a day when India celebrated its 76th Independence Day. The constitutional reform was a major plank of the agreement between Rajapaksa and Wickremesinghe when he took over the job of prime minister on May 12.

President Ranil Wickremesinghe on Friday wrote to 225 lawmakers in Parliament to join him in a multi-party government to face the crisis. Thee talks are part of Ranil Wickremesinghe's efforts to establish trust in his administration and help drive Sri Lanka out of its worst financial crisis.

The Emerald Isle: War And Peace At Play In Sri Lanka

If we lift the burning veil of current affairs can we still steal a glimpse of the picturesque and leafy island? Arijit Ghosh writes about the emerald island,...

Ranil Wickremesinghe As Sri Lanka’s President Has Got His Task Cut Out, Wary Of Challenges Ahead

Ranil Wickremesinghe has moved quickly to consolidate his position since lawmakers elected him this week to finish the term of his predecessor, ousted...

A stalwart of Sri Lankan politics, Dinesh Gunawardena, 73. earlier served as the foreign minister and education minister. He was appointed as Home Minister in...

The top UN official in Sri Lanka has called on all stakeholders in the country to engage in broad and inclusive consultations to resolve the current economic...

Ranil Wickremesinghe, who was on Thursday sworn in as the country's eighth president after he won a parliamentary ballot, has called for bipartisanship to...

India’s reiterated its support to Sri Lanka, a day after Sri Lankan Parliament elected Ranil Wickremesinghe as the country's President.

Wickremesinghe, 73, was sworn in as the 8th Executive President of Sri Lanka at the Parliament complex before Chief Justice Jayantha Jayasuriya.

Sri Lanka: Ranil Elected President, But People Are Unhappy. Will It Lead To Another Round Of Protests?

One thing going for Ranil Wickremesinghe is that people are weary of protests. Now that Gotabaya is out of the country, the majority would rather have the...

Ranil Wickremesinghe has been elected as Sri Lanka's new President by Parliament.

The 225-member Parliament is expected to elect the new president on July 20. The seat fell vacant after Rajapaksa’s resignation last week.

The diesel and petrol retail prices have been reduced by Rupees 20 each. Both had been raised by Rs 50 and 60 at the end of May

Western Sanctions On Russia Will Only Bring Rest Of 3rd World To Its Knees: Wickremesinghe

The remarks of the interim leader of the crisis-hit island nation came days after the World Food Programme said that skyrocketing food and fuel prices,...

Sri Lanka: State Of Emergency Declared Ahead Of Presidential Polls On July 20

The president is empowered to impose emergency regulations in part 2 of the public security ordinance which says '(a) if the president is of the opinion that...

Who Will Be Sri Lanka's Next President? Here Are The Four Frontrunners For Presidential Poll

Frustration, Fury And Fire: How Protests Panned Out In Sri Lanka

Sri Lanka Crisis: 'Gota Go Home' the hashtag under which the protests first began drew thousands of frustrated and angry people on to the capital’s sea...

Sri Lanka, a country of 22 million people, is under the grip of an unprecedented economic turmoil, the worst in seven decades, leaving millions struggling to...

73-year-old Ranil Wickremesinghe was sworn in as the acting president of Sri Lanka before Chief Justice Jayantha Jayasuriya, the prime minister’s office said... 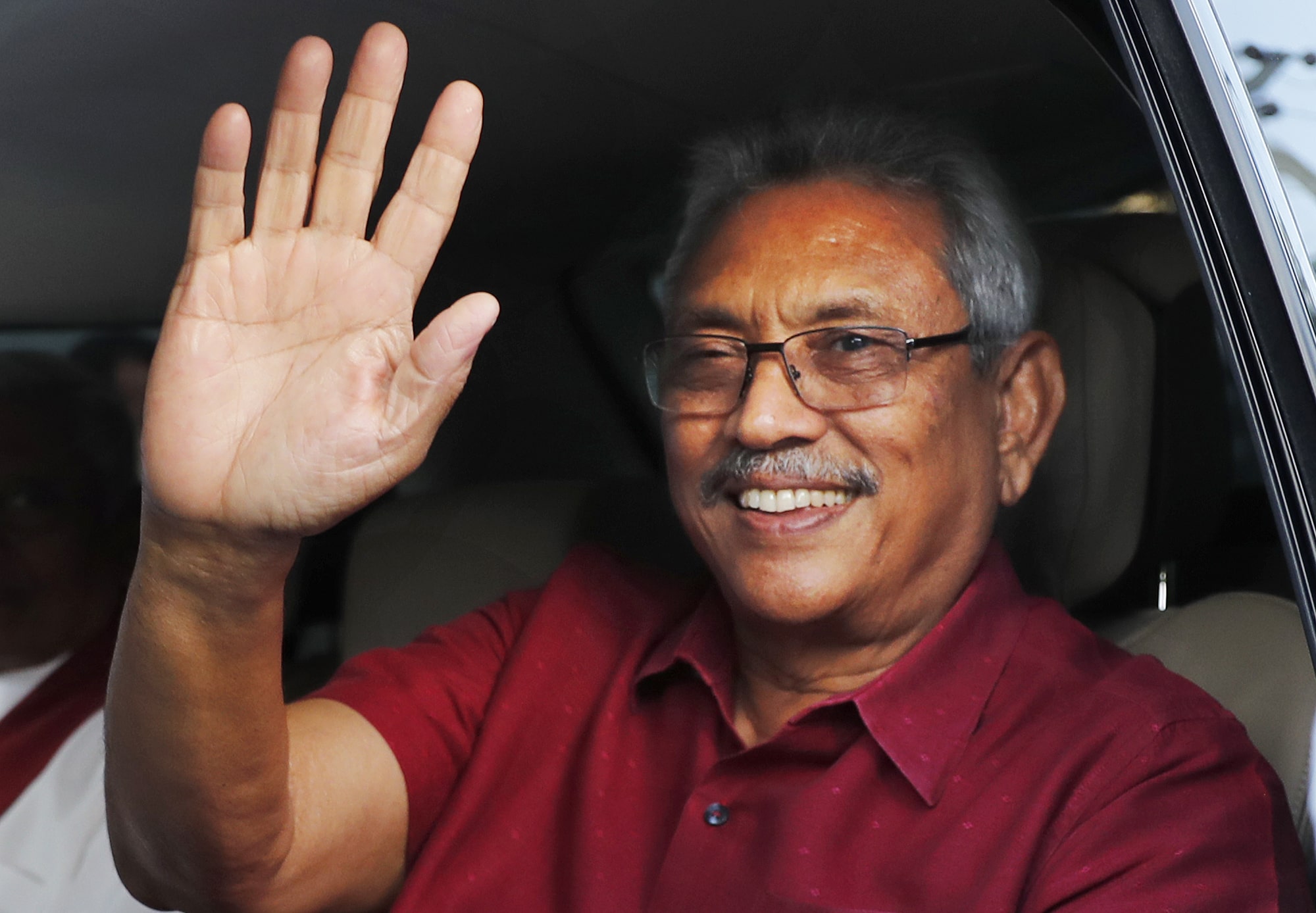 Sri Lanka Crisis: Parliament Speaker Mahinda Yapa Abeywardenaon said that he has received the resignation letter from President Gotabaya Rajapaksa and his...

Despite being one of the oldest liberalized economies in South Asia, Sri Lanka’s simmering political crisis is rooted in an economic crisis. Rebuilding the...