How Lata Mangeshkar songs transcended generations and socio-economic changes in China since the days of 'Awara' to play a pivotal role in India’s soft power.

A couple of years ago, during a sumptuous dinner at iconic Chinese artist Han Meilin's museum-cum-residence in Beijing, I had an extraordinary Lata Mangeshkar experience. The octogenarian artiste extraordinaire, whose legendary creations include the Air China phoenix logo and the official mascot of the 2008 Beijing Olympics, "Fuwa" or the "good-luck dolls," invited us a sumptuous and creatively curated meal comprising of his own hand-made calligraphed noodles, served in his self-designed cutleries, at the dining table that has often been graced by many world-famous artists, royalties and statesmen, including many French heads of state.

Octogenarian Han, who was imprisoned during the anarchic "Culture Revolution" for a few years and saw his tendon being cut during the atrocities he suffered, made us completely flabbergasted when he jovially started crooning one of Lata Mangeshkar's early hits (with Mukesh) "Ichak dana bichak dana" from the 1955 Bollywood hit Shri 420 starring Nargis and Raj Kapoor after slurping the last portion of the noodles from his bowl. Much to our surprise, the maverick maestro, who hardly spoke any word in English throughout our rendezvous, then enthusiastically started singing another Mangeshkar classic (with Manna Dey), "Pyar hua ikrar hua" from the same film.

However, more than his photographic memory of the lyrics, what surprised us the most was the passion of the man, often called "China's Picasso," with which he sang those two Mangeshkar classics of the film that was one of the earliest Bollywood movies to woo both the Party and the proletariats of the then agrarian economy, under Chairman Mao. 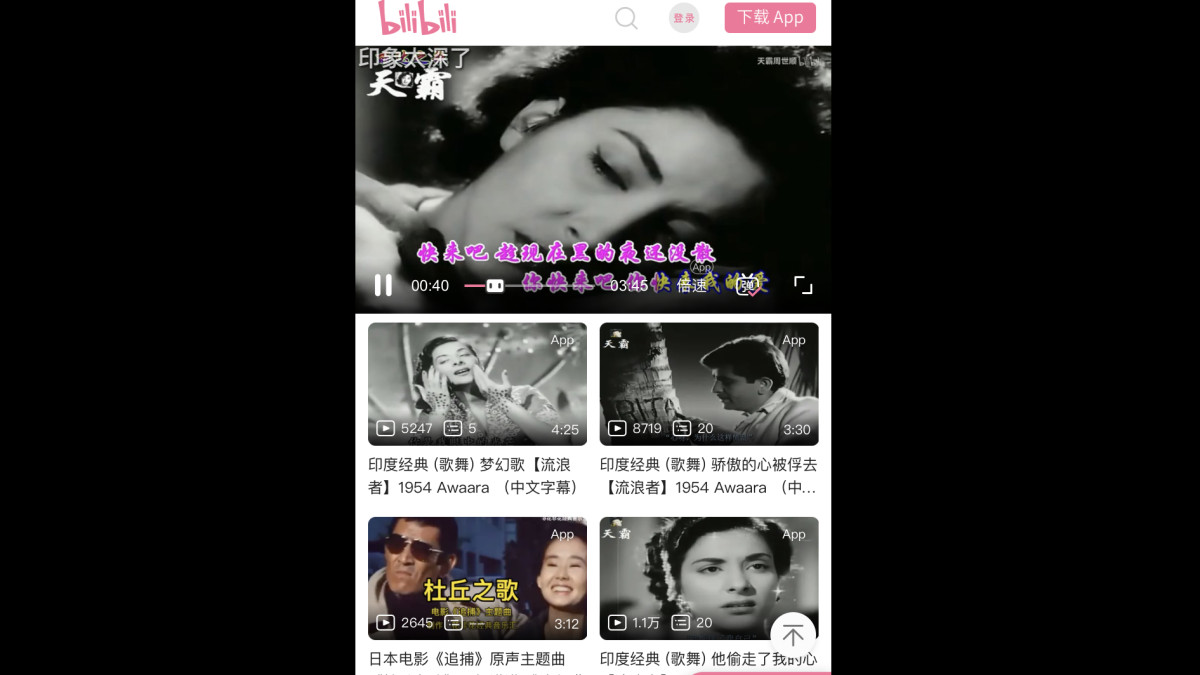 Not only legendary artist Han but Mangeshkar's magnificent melodies have mesmerized many Chinese people for decades. Even after her death on Sunday (February 6), many of her Chinese fans shared their emotion and sentiments associated with the Indian diva's songs on their biggest microblogging app/website Sina Weibo, moments section of the multiutility social media app WeChat and under the comments section of various video hosting/sharing platforms like iQIYI, Bilibili, Youku among others. One Weibo user, a self-proclaimed Shah Rukh Khan, with Mangeshkar's obituary photo posted: "Your beautiful voice will always be remembered." Another user, sharing a screenshot of the New York Times news report on the Indian icon's death, wrote: "We possibly don't know her exact name, but we are so familiar with her beautiful voice." Mangeshkar's songs, spanning over half a century since the 1950s, are ubiquitous among the Indian music content in the apps mentioned above and websites, apart from the biggest Chinese music app, QQ Music, a Tencent-Spotify joint venture. People even posted lyrics of the song under various videos of the Indian singing maestro's most memorable songs. 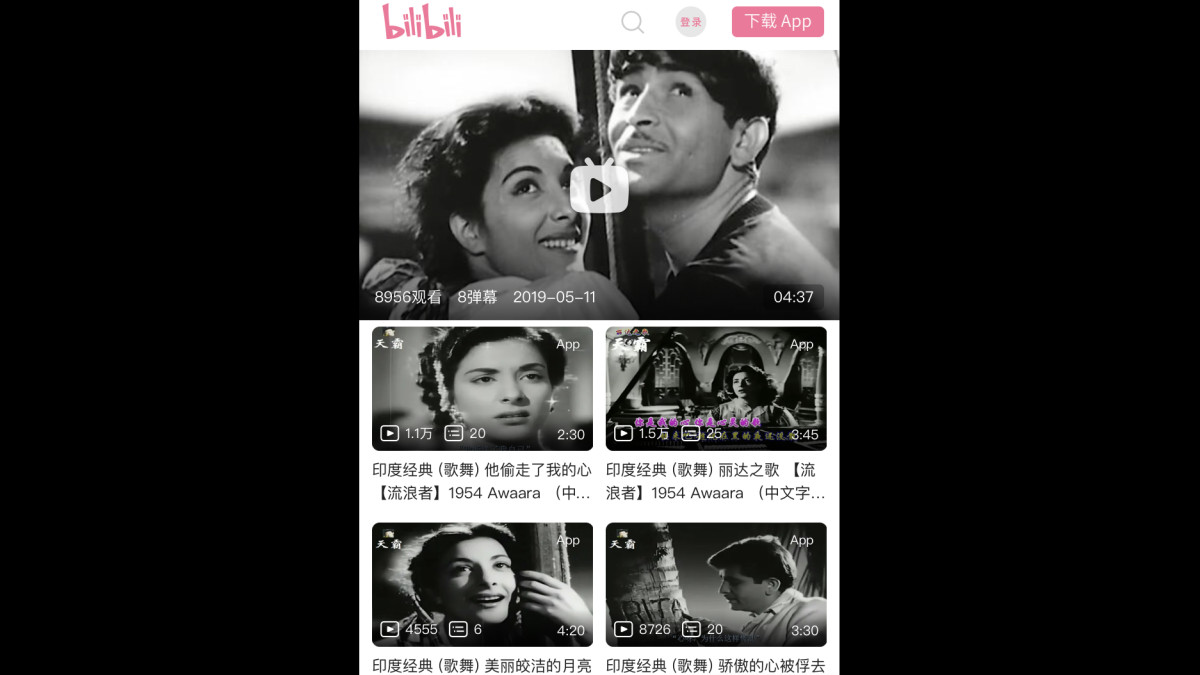 "After learning about Lata Ji's death, my father was listening to one of his favourite songs, 'Ab Raat Guzarne Wali Hai.' I remember when I was a kid in my hometown of Taiyuan, the capital of Shanxi province, my father used to take me on bicycle rides and while riding, I could hear him humming this song, even though I still don't know the song is from which film," informed Xiaoyu Zhang, a Beijing-based expert in South Asian Studies. However, her father Zhongxiu Zhang was prompt to mention, "This was from the film 'Awara' – the first Bollywood movie I watched in my life way back in 1979 at a theatre in my town. This melancholic melody was the first Lata Mangeshkar song I heard in my life, and I instantly fell in love with the song. It's still deeply rooted in my heart for my whole life." Quite interestingly, along with the on-screen pair of Nargis and Raj Kapoor, Mukesh's soulful rendition of "Awara hoon" and Mangeshkar's melodious voice in six other Shankar-Jaikishan composed songs from the cult classic charmed the Chinese. 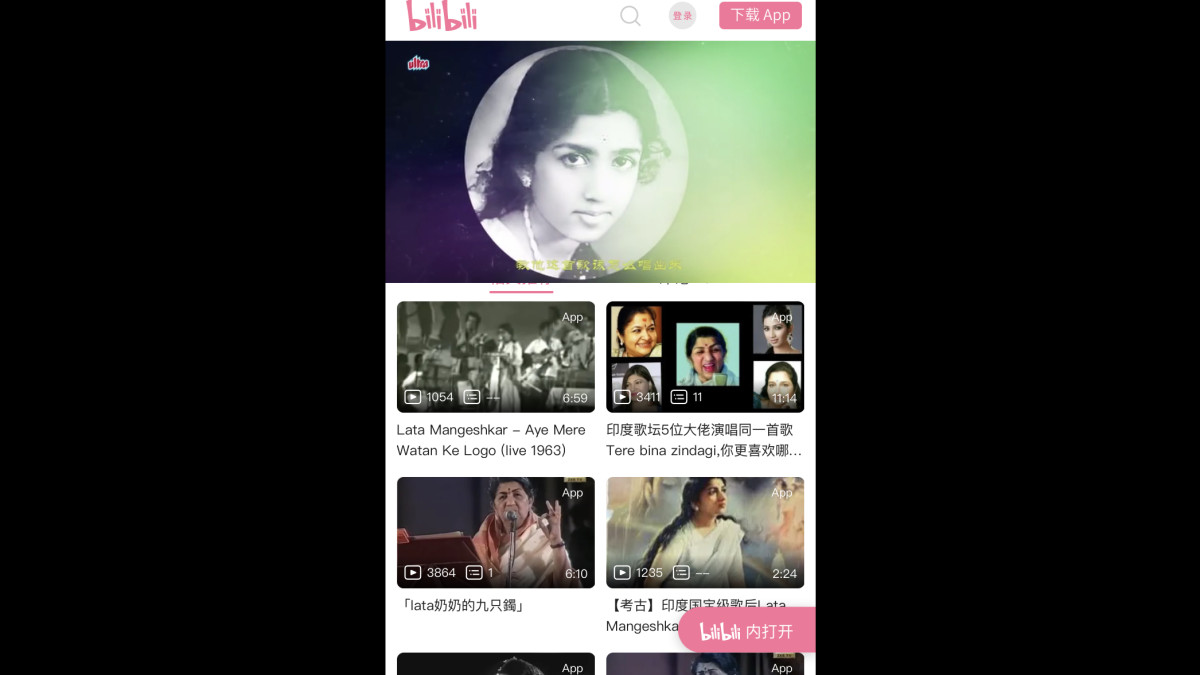 Historically, much before Awara the first known bridge between Bollywood music and China was built thanks to the legendary life of a man from Mangeshkar's home state of Maharashtra and by a composer who was credited to have given Mangeshkar the opportunity to sing one of her first solo songs in Hindi films, "Chidiya bole choon choon maina bole hoon" in the 1946 film Jeevan Yatra. In her seminal work, “The Fractured Himalaya: India Tibet China 1949-1962,” former Indian foreign secretary and ex-Indian Ambassador to China, Nirupama Rao mentioned: "It was the subject of a Hindi movie— Dr. Kotnis ki Amar Kahani (The Immortal Story of Dr. Kotnis) released in the late-1940s on the eve of Indian independence and which was a box office success. The music composer, Vasantrao Desai, studied Chinese music for the songs in the film and its background score." Probably, for the first time in the history of Bollywood, Desai adopted a popular Chinese melody to create one of the hit songs of the award-winning biopic, 'Main hu nanhi nai Dulhan.' Unfortunately, the vocalist Desai had chosen for the song was the film's lead actress and director V Shantaram's wife Jayashree, not his then protégé and newcomer Mangeshkar. Another popular song in the same 1946 movie, "Chal aa ghulami nahi," was inspired by the tune of the Chinese war song, Qi lai (Arise!) or the "March of the Volunteers," written by Tien Han and composed by Nieh Erh in the late 1930s during China's war against Japan. Incidentally, the then-popular Hindi version of the invigorating and patriotic Chinese song went on to become the national anthem of the People's Republic of China before being briefly banned during the Cultural Revolution period and subsequently restored under Deng Xiaoping in 1982 was sung by Jayashree. Lata Mangeshkar’s Most Popular Songs From The 1940s

A decade later, it was Awara, sweetened by Mangeshkar's golden voice, formally brought Indian music to Chinese soil and left an indelible mark in its history. Introduced by Changchun Film Studio in 1955, the 1951 classic became the first Indian film screened at Chinese theatres. The songs, including Mukesh's eponymous title song, became overnight sensations across China, with Mangeshkar's soothing and silky voice reaching Chinese households. The invisible singer's name might not have registered in the minds of the Chinese people, but her voice made the songs immortal. Even though the back-to-back face-offs between the two neighbours in the 1960s prevented both Bollywood and the Indian nightingale's songs from flying past the Great Himalayas to the other side, but many of Mangeshkar's popular songs of the 1950s grew on in the minds of the Chinese. "Her songs gradually became the symbol for the whole generation of Chinese people who were born in the 1960s even though they didn't know her exact name," Xiaoyu explained.

Interestingly, during the days of reform and opening-up under China's then paramount leader Deng, Mangeshkar's songs once again became popular in China, also thanks to the re-release of Awara in theatres across the country in 1978. "My dad watched the movie at that time. There were only a few romance movies in China those days. Awara and the soft voice of Lata made them feel more about romance. It was a sort of romantic imagination," Xiaoyu elucidated. Shanghai-based software entrepreneur Huang Qiang too was enchanted by the Empress of Indian music. "I think I was in my junior high school in 1977-78 when I heard the voice of India's national treasure on China Radio International (CRI) for the first time. I still remember her singing style was so beautiful, and she sounded so pleasant on the radio," Huang said. "In those days, we could hear many foreign songs, including Indian songs and Soviet songs, played on the public radio. Of course, songs from the then Soviet Union (Russia) were played the most, and North Korean songs too found frequent airtime. But Lata's songs always stood out," he added. The swinging seventies and the entertaining eighties saw the young generation of that era swooning over two Indian movies, Noorie and Caravan, known for having some of Mangeshkar's timeless melodies. Beijing-based veteran Chinese classical dancer Jin Shanshan, who learnt Kathak from Birju Maharaj and Bharat Natyam from Leela Samson, mentioned, "I heard the song 'Aaja re o mere dilbar aaja' in Beijing when the film was very popular here. This was the first Lata Ji song I heard, loved, and learned to sing. After that, I listened to many songs she sang, many of which I can sing." The eminent Chinese dancer who has been teaching young Chinese students the two Indian classical dance forms also added, "When I was studying at Delhi's Jawaharlal Nehru University in the 1990s, I bought a lot of audiotapes, more than 100, and learned to sing her songs with those cassettes every day." Eva, a Chinese dancer from Yulin city in Guangxi province, has been learning both Indian classical and Bollywood dances, observed, "In China, most people know Lata Ji by the Bollywood film song videos as in those days the internet wasn't there or was not so popular. In my opinion, her songs impressed people here and her sweet voice, which can be best described as Madhu or honey, was an ultimate example of Indian singing style." Shenzhen-based Qin Xiaoping, an industrial graphic designer and a former student of Kala Bhavan in Visva Bharati, Santiniketan, informed, "I remember in the mid-nineties, just before leaving for India, I was given a music cassette of Lata Mangeshkar songs by an Indian diplomat in Beijing. Even though I didn't understand Hindi, I could still memorize the song 'Chudi maza na degi' (from the 1991 movie Sanam Bewafa), and I can still sing that one." Quite interestingly, it's not only Mangeshkar's old classics that bewildered the Chinese. "One of the peppier Lata Mangeshkar's songs, 'Aankhein Khuli Ho Ya Ho Bandh' from the 2000 film Mohabbatein has been a rage among the Chinese square-dancing communities. I think this has been embraced wholeheartedly by the square dancers because of its sprightly tune that helps their calisthenics movements like Zumba," said Du Juan, a Kathak and Odissi dancer from the Swami Vivekananda Cultural Centre (SVCC) at the Embassy of India in Beijing, who is also an anthropologist interested in South Asian performing arts. Interestingly, square dancing has been a popular fitness and pastime hobby of millions of Chinese, primarily senior citizens, and the above-mentioned song, which has also been regularly played at various live entertainment events including the China Open tennis tournament, has been an integral part of their playlist for years. However, when asked, one of my square dancer friends, Ms. Lu, told me that she wasn't "aware of the singer of the song." Even most of her from the square dancing communities think the Mangeshkar song is a "Xinjiang song" as the northwestern China province has been a gateway or the port of entry for many popular Bollywood movies and songs to the Chinese mainland for years, primarily through counterfeit CDs and DVDs.

Nonetheless, the originality and uniqueness of Mangeshkar's voice have been enjoyed, embraced and espoused by many Chinese film and music aficionados for generations. Believe it or not, every Chinese person quoted in the story also passionately and quite flawlessly sang some of Mangeshkar's ageless masterpieces while sharing their heartfelt tributes to the "Goddess Saraswati" of Indian music with me.