A young Muslim student has been abducted from his college hostel while a leader of the Nationalist students is believed to have a hand in his disappearance. Will the latter’s liberal parents pay a price for harbouring a fractured heart in a country divided by hatred?

More from Kunal Basu
View All

‘What do you know about the boy who disappeared from your campus?’ Joy asked Bobby, dipping a biscuit into his morning tea. Rising early, Bobby had displaced Joy from the bed. He had straightened it and laid out a brand-new costume and ironed it with great care.

"Altaf Hussein. That was his name," Joy recalled from the TV report and pressed Bobby, who’d remained silent. "There was a lot of hullabaloo over it. Reporters claimed that Nationalist students had kidnapped him after some trouble in the university. It was an act of political revenge. Was it?"
Bobby finished ironing the costume, then quietly replied, "I didn’t know him."
"But he must’ve known you; the whole campus does, it seems to me."

Books Continue To Keep The Climate Change Discourse Hot In 2021

10 Books On Gay Love You Must Read

Bobby shrugged and buttoned up the shirt, folding it neatly.

"He was your age, must’ve joined the university the same time you did. Like you, he wasn’t a local but someone who’d come from a nearby village and lived in the hostel. The reporters interviewed his family . . . a mother and some relatives."

There was still no answer from Bobby, and Joy decided to edge closer to his target. "You might not have known him personally, but you must know what happened to him. It must be common knowledge on campus."

Bobby spoke dismissively. "There are strong rumours that he has been kidnapped because he was a member of the group known as Liberals. If true, that’d be a matter of shame for the university, for Manhar, wouldn’t you say?" 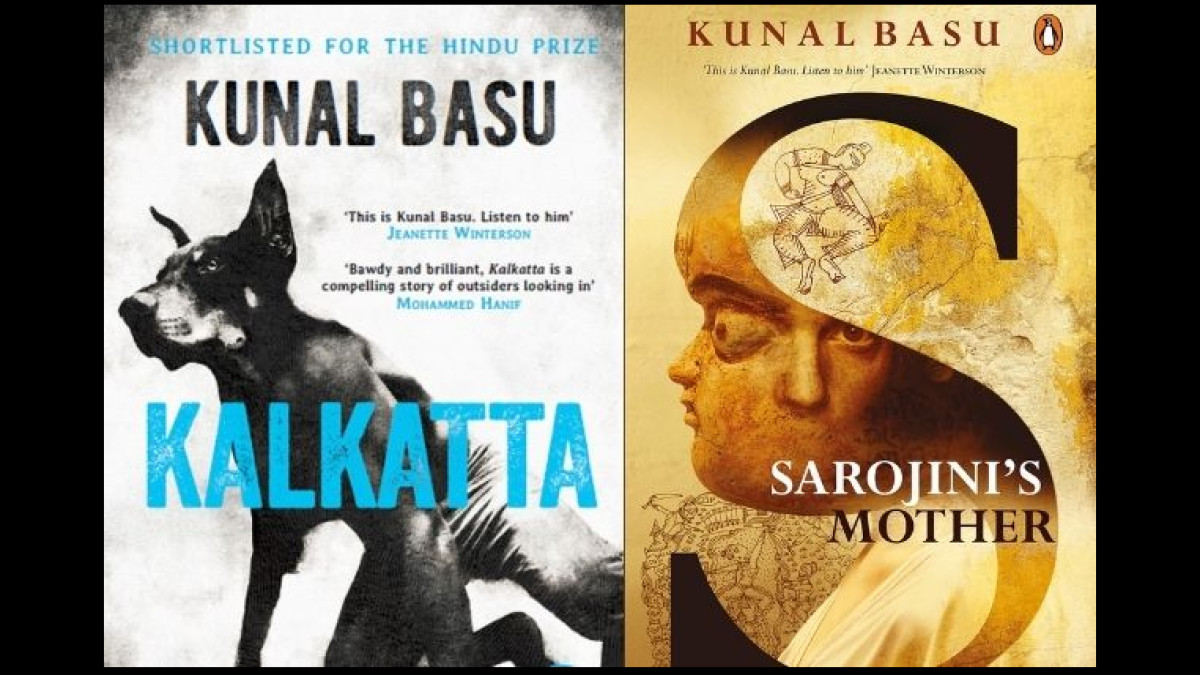 Bobby stared back at Joy. "He wasn’t kidnapped. Altaf has disappeared on his own. That’s common knowledge. The press is blaming the innocent, and those believing their story are fools."

"What do you mean disappeared? Wouldn’t he worry about how his poor mother would feel? Why would he disappear into thin air?"

"Not into thin air. He has gone to Iraq."

Finished with his ironing and folding, Bobby stood up and moved to take the empty teacups away. Joy stopped him. "Wait, Bobby. You must explain what you mean. How do you know he has left India?"

Sitting down on the bed, Bobby gave Joy a long stare. "You people in Kolkata don’t know Manhar. Don’t know what goes on here, not in the mosque and slums across the river. They are preaching jihad over there. Urging boys to leave their families, leave the university and fight the holy war. Their imams are telling them lies about Palestine and Kashmir, raising money to send fighters over to Iraq and Syria. Altaf has gone there to become a suicide bomber."

Stunned, Joy struggled for words. "What proof do you have for these things that you’re saying?"

Bobby stopped to think for a moment, then brought out his phone. Pressing a few buttons and scrolling through the entries, he seemed to have found something and held it up in front of Joy’s face. "Here’s proof." 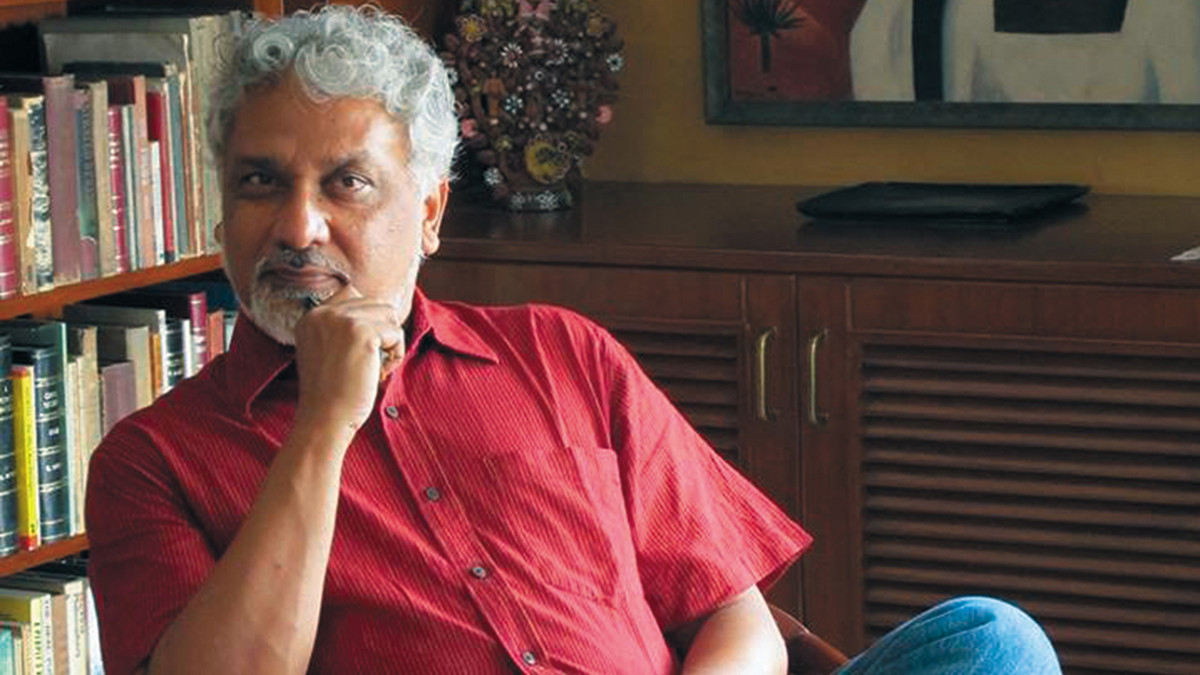 With the sun streaming in and bleaching the screen, Joy had to turn the phone away from the window to get a clear view. It was the photograph of a soldier posing over rocky soil. The black flag of the Islamic State fluttered behind him. Holding an AK47, he made the victory sign.

Frowning, Joy took in the face, the eyes actually, as the rest was covered in black cloth. He made an effort to challenge Bobby.

"How can you be sure it’s him? It’s only a photo from some social media site. Not only that, most of his face is shrouded, and only forensic experts can confirm if that’s Altaf."

Bobby shook his head and was about to say something when Joy stopped him."You are making a serious allegation, Bobby. Do the police know? Have they seen this picture?"

"Then why haven’t they informed the public?"

"To stop a riot breaking out, to preserve “communal harmony”, as you people call it," Bobby quipped.

Taking no notice of the jibe, Joy kept on, "If Altaf is indeed a jihadi, why then is the press calling him a victim of Nationalist terror?"

"Because . . ." Bobby made another attempt to leave the room with the cups. "There are some reporters who like to spread lies. They are funded by foreigners and want to say bad things about the Nationalists. They want to hide the truth."

Rising and facing Bobby, Joy took a deep breath, "What is the truth, Bobby?"

Madhvi called Bobby from upstairs, and his eyes flickered. Joy held his gaze, "Whatever the truth is, I just want to know that you are not involved in all this. Your mother and I don’t want anything bad to happen to you. We want you to simply finish your studies here and come home." He thought he’d raise with Bobby yesterday’s meeting, the words that’d clawed at his throat listening to Dadhichi, those he’d had to gulp down remembering his promise. "Listen, all this talk about the nation being your mother is fine. Provided you know where to stop. Older people can sometimes mislead students; they can push them into . . ."

Now Manish Mishra joined his wife in calling Bobby and Joy over for breakfast. Breaking free of Joy, Bobby left the mezzanine, throwing his words back over his shoulder, "Tell Ma not to worry. I’ll be safe."

Devi was extra cheerful at breakfast, taking over the job of serving from her mother. Her Thursday fasting over, Madhvi showed a healthy appetite. Turning pages of the morning paper, Manish hurried Devi. It was an important day, the day before Ram Navami, when the celebrations were supposed to begin. "Too bad you can’t stay an extra day," he gave Joy a friendly nudge. "Otherwise, you could’ve seen how Manhar celebrates Lord Ram’s birthday. It’s special, especially the procession of devotees this evening and the fireworks afterwards."

"But he will be able to see it," Devi piped up. "The procession will start at 5 p.m., but the Kolkata train doesn’t leave before 8 p.m."

Mr Mishra nodded. "But the streets will be crowded, and Mr Sengupta might not have time to finish his bank work and catch it in time. We could’ve reserved a good seat for him if we’d known in advance that he was coming, couldn’t we, Vivek?"

His eyes on his plate, Bobby was silent.

"But you must come again, and bring Vivek’s mother," Madhvi started the parting rituals with a gift — a box of Manhar’s sweets to reciprocate the Bengal ones. She also had a clay idol of Lakshmi for Rohini to place in her household shrine. "Tell her not to worry about Vivek; he is with his family here." Then Devi dipped her head, and before he could stop her, touched Joy’s feet in the same manner as his disciples had touched Dadhichi’s.

Smoking a cigarette in the toilet, Joy went over the morning in his mind. Why had he come to Manhar? And had he done all that he’d come here to do? He’d managed to spend more time with Bobby than he had in recent years in Kolkata. They’d taken a walk together. He’d slept on his bed. He’d asked him the question that Mimi wanted him to ask. He had utilized his lie to Rohini to investigate an urgent matter. I can give my life to free the nation from traitors. A chill ran down his spine. What if it was all true? Mimi’s words came chasing after him from Flurys. The sword will be your talisman. Had Dadhichi handed him the sword to hunt down and terminate the traitors? He felt betrayed. How did Bobby fall victim to such a crafty villain, begin to dream such a terrible dream? Anguish swept through him, stinged with anger. He felt lost, like a late entrant — an actor who’d made his appearance a good many scenes after he was due on stage. After his moment had passed.

It was a mistake to have lied to Rohini, Joy concluded, flushing the butt down the toilet. The branch manager’s option, of doing nothing, didn’t seem reasonable anymore. He needed her more now than ever before — for Bobby.

A bunch of young men had gathered outside the Mishra house, waiting for Bobby to join them. Joy didn’t ask him where he was going. He wished to give him a hug but the hazy photo of a boy on a mobile screen, face half covered in black cloth, stood between them. He had the same pair of intense eyes as Bobby’s, fist clasped around an ugly-looking gun.

Excerpted from 'In An Ideal World' by Kunal Basu (pp. 208, ₹599.00), with permission from India Viking (Penguin Random House)