Vice President Mike Pence and his Democratic challenger Senator Kamala Harris took on each other on Thursday as they debated issues ranging from Covid-19 to white supremacy. 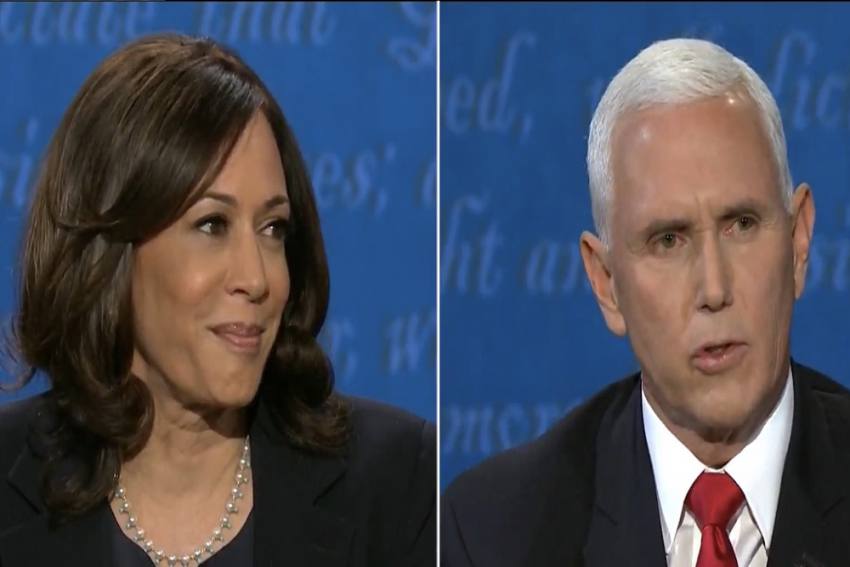 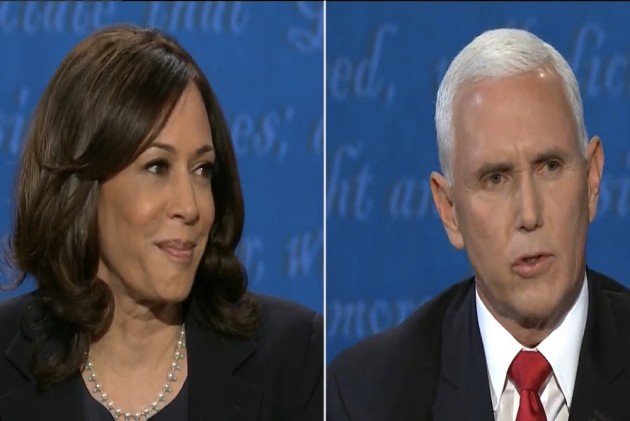 The one and only vice-presidential debate in the run up to the US Presidential elections began early on Thursday. Vice President Mike Pence and his Democratic challenger Senator Kamala Harris took on each other as they discussed issues ranging from Covid-19 to white supremacy.

Launching a scathing attack on the US President, Harris said that Trump’s response to Covid-19 has been the “greatest failure” of any US administration throughout history. "The American people have witnessed what is the greatest failure of any presidential administration in the history of our country. And here are the facts-- 210,000 dead people in our country in just the last several months. Over 7 million people who have contracted this disease and one in five businesses are closed," Harris said.

Pence, who is heading the White House coronavirus task force, differed with Harris while asserting that Trump’s plan saved hundreds of thousands of American lives. "The reality is, when you look at the Biden plan, it reads an awful lot like what President Trump and I have been doing every step of the way. And quite frankly, when I look at their plan that talks about advancing testing, creating new PPE, developing a vaccine, it looks a little bit like plagiarism, which is something Joe Biden knows a little bit about,” the vice president said.

Pence, vigorously defended the actions of the Trump Administration during the past four years while simultaneously attacking Biden. "Biden wants to go back to surrendering the country’s economy to China. When we took office, half of our international trade deficit was with China alone,” Pence said during the debate, which shifted from one segment to the other every 10 minutes.

Harris also accused President Trump of "betraying America’s friends and embracing dictators” as she attacked Trump’s "unilateral approach" to foreign policy that led to the US pulling out of the landmark US-Iran nuclear deal.

Trump administration has "stood strong with our allies," Pence responded. "We’ve strengthened our alliances...and stood strong against those who would do us harm," Pence said.

Pence alleged that Biden and Harris wanted to raise taxes and bury the economy under a USD 2 trillion Green New Deal. Harris deflected the questions on the Green New Deal. However, she firmly asserted that former vice president Biden, would not raise any taxes if voted to power.

"The climate is changing. We will follow the science,” Pence responded.

Vice President Mike Pence retaliated by accusing Harris of undermining public confidence and claimed that the senator’s remarks will cast doubts in the minds of US citizens on whether a vaccine released under Trump could be trusted.

Harris, the 55-year-old Senator who aspires to become the first woman US Vice-President in history, and 61-year-old Pence were separated by plexiglass barriers during the debate as a Covid-19 protocol. They were seated 12.25 feet apart on the debate stage.

The debate, moderated by journalist Susan Page, was divided into nine segments of approximately 10 minutes each.

Biden, in the last few days, has widened his lead over Trump by double digits. The debate comes nearly a week after the first of the three presidential debates in Cleveland on September 29 which was marked by angry interruptions and bitter accusations.

The debate gains added significance given that Donald Trump has tested Covid-19 positive—a fact that has triggering speculation that Pence may be taking over the reigns of the country temporarily.