The EU drug regulator said research in more than 3,700 children aged 12 to 17 showed that the Moderna Covid-19 vaccine produced a comparable antibody response. 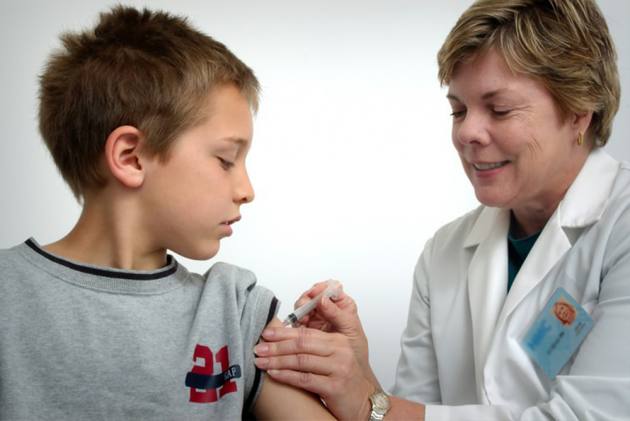 The European Medicines Agency has recommended authorising Moderna's COVID-19 vaccine for children aged 12 to 17, the first time the shot has been authorized for people under 18.

In a decision on Friday, the EU drug regulator said research in more than 3,700 children aged 12 to 17 showed that the Moderna vaccine — already given the OK for adults across Europe — produced a comparable antibody response.

Until now, the vaccine made by Pfizer and its German partner BioNTech has been the only option for children as young as 12 in North America and Europe.

India Offered 7.5 Million Doses Of Moderna Vaccine Through COVAX: WHO

The U.S. Food and Drug Administration is currently considering whether to extend the use of the Moderna vaccine to the same age group.

With global vaccine supplies still tight, much of the world still is struggling to immunize adults, and agencies including the World Health Organization have urged rich countries to donate their doses to the developing world — where fewer than 2% of people have been vaccinated — rather than moving on to inoculate their less vulnerable populations.

Hundreds of millions of Moderna doses already have been administered to adults, and the company says the two-dose vaccine is just as protective in teens. In a study of more than 3,700 12- to 17-year-olds, the vaccine triggered the same signs of immune protection — and there were no COVID-19 diagnoses in the vaccinated group compared with four cases among those given dummy shots.

Sore arms, headache and fatigue were the most common side effects, as in adults.

U.S. and European regulators do caution that both the Moderna and Pfizer vaccines appear linked to an extremely rare reaction in teens and young adults — chest pain and heart inflammation.

In the U.S., children represent about 14% of the nation's total coronavirus cases to date. And while the young are far less likely than the old to get seriously ill, at least 344 children have died of COVID-19 in the U.S. alone, according to a tally by the American Academy of Pediatrics.

So far in the U.S., just under half the population is fully vaccinated — with the highest rates, not surprisingly, among older adults. Just a quarter of 12- to 15-year-olds, who got access to Pfizer's vaccine starting in May, have had their second dose, according to the Centers for Disease Control and Prevention. Among those 16 and 17, about 37% are fully vaccinated.

Both Pfizer and Moderna have begun testing in even younger children, from age 11 down to 6-month-old babies. These studies are more complex: Teens receive the same dose as adults, but researchers are testing smaller doses in younger children. The first results from elementary school-aged children are expected in September.

The EU drug regulator said it would continue to monitor the safety and efficacy of the Moderna vaccine in children as it is used in European member countries.

Although some countries have authorized Pfizer-BioNTech's vaccine for children under 18, not all have decided to start using it, citing the minimal risks children face from the coronavirus. In Britain, for example, health officials have so far declined to recommend that children under 18 be vaccinated unless they have medical conditions that warrant it.