Dipa Karmakar is nursing an injury and has not been picked for the upcoming World Gymnastics Championships which is also for qualifying for 2020 Tokyo Olympics. 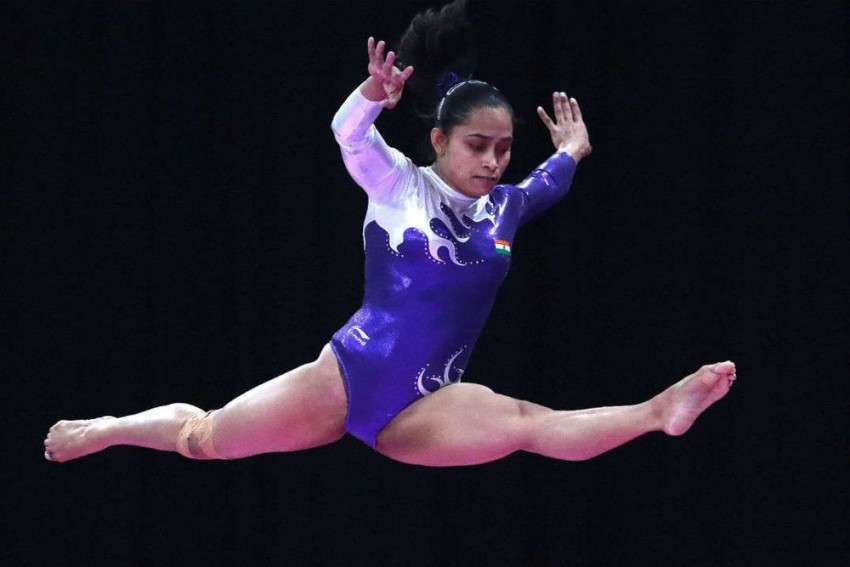 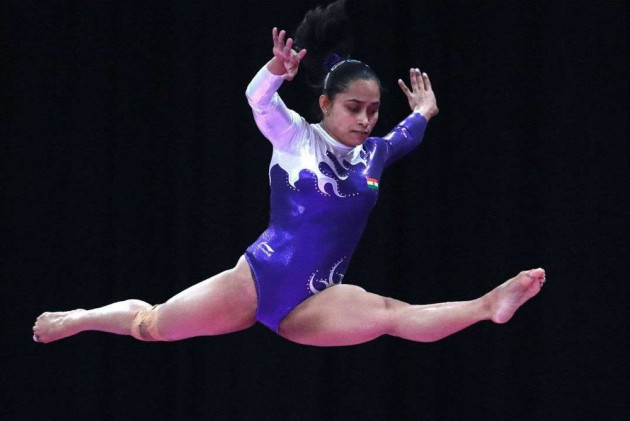 Star India gymnast Dipa Karmakar has just not yet given up on her dreams of qualifying for the 2020 Tokyo Olympics, insists long-time coach Bishweshwar Nandi, after his ward failed to recover in time for next month's World Artistic Gymnastics Championship.

Dipa's Tokyo dreams suffered a severe setback, when she failed to recover from a nagging right knee injury to make it to the World Championships, an Olympic qualifier, to be held at Stuttgart, Germany from October 4 to 13.

Long-time coach Nandi admitted that the road to Olympics would be extremely tough considering Dipa will need at least two months to get back to training.

"Dipa was upset after missing the World Championship but she is mentally strong and I know that she will make a successful comeback to international gymnastics," Nandi told PTI.

"She is still undergoing rehab. I will start her training only after getting a clearance from the doctor and the physio. As her coach, I need to think about (her) life beyond gymnastics as well. Hopefully by November end, we'll get the go ahead and after that another two months of training and she should be back."

Asked about the Olympics qualification, Nandi said: "There are three World cups starting about three months after the world championship but it would be much tougher to qualify now.

"She will need to win gold or silver in all the three World Cups next year to qualify. But she is taking it up as a challenge. We are not yet giving up hope.

"If she unfortunately misses the Tokyo, there is 2024 Paris Olympics," Nandi put up a brave front.

Dipa, who had put Indian gymnastics on the world map after her fourth place finish at the Rio Olympics, was out of action for almost two years due to a knee injury lay-off.

She had an Anterior Cruciate Ligament (ACL) surgery in Mumbai and had to skip the Asian Championships at Thailand in May last year.

Returning to action in July, 2018, Dipa claimed a gold at the FIG Artistic Gymnastics World Challenge Cup at Mersin, Turkey.

She also won a bronze at the vault event of the Artistic Gymnastics World Cup in Cottbus, Germany in November after making her first appearance following the recovery from a knee strain, which had forced her to miss the vault final in the Jakarta Asian Games.

However, the 26-year-old from Agartala aggravated her knee injury during the vault final at the Baku Artistic Gymnastics World Cup in March this year and skipped the Doha World Cup.

She had planned to make a comeback at the Asian and World Championships but couldn't recover in time.

"We never thought the injury would become so serious. She had suffered a jerk at the Asian Games but still she recovered to win a gold at Turkey, then clinched a bronze at Cottbus and then qualified at 3rd place at Baku but at the final, she had another jerk.

"After that, we consulted with the doctor and he said she will not be able to play for 5-6 months. So it all depends on her recovery. I will completely go by the doctor's suggestion."