It was a second consecutive defeat for Vinesh Phogat against the Japanese Mayu Mukaida this season. In the World Wrestling Championships, the Indian couldn't edge past her once again. 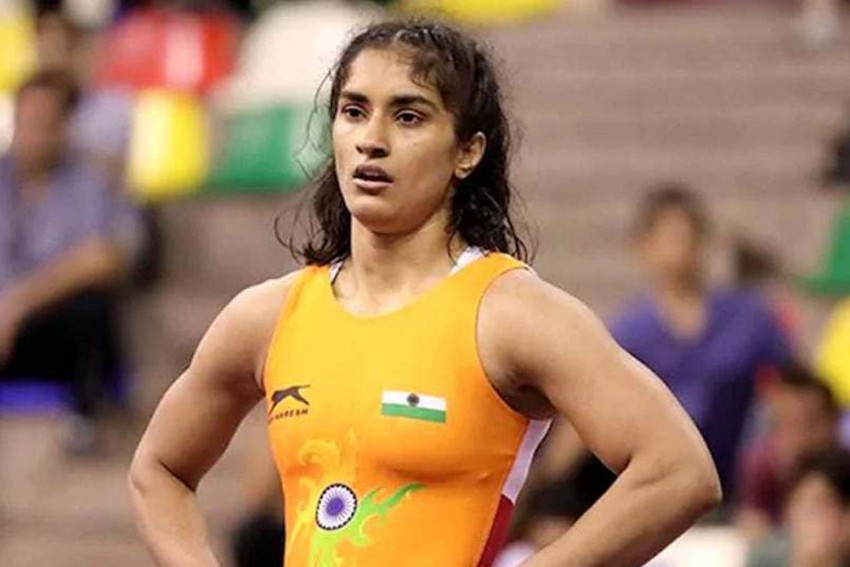 Vinesh Phogat has Commonwealth Games and Asian Games titles to her name but is yet to win a medal at the Worlds.
Instagram
PTI September 17, 2019 00:00 IST World Wrestling Championships: Vinesh Phogat's Title Hopes Go Up In Smoke After Defeat To Mayu Mukaida 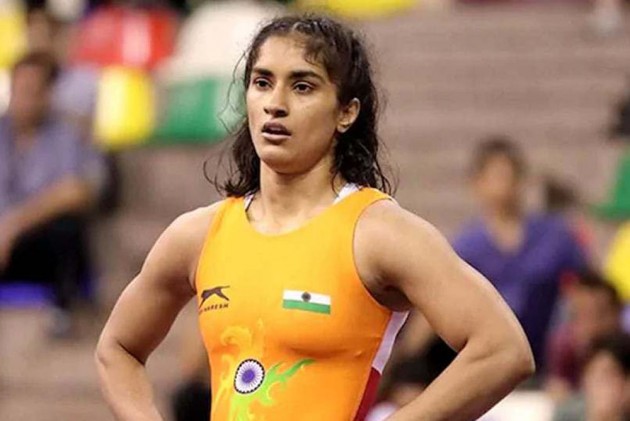 Vinesh Phogat was pushed out of the title race by reigning champion Mayu Mukaida of Japan but one of India's biggest hopes remained in bronze medal hunt in the 53kg category at the World Wrestling Championship on Tuesday.

Mukaida later reached the final to help Vinesh stay in the medal hunt as well as Tokyo Olympics qualification. Two victories will ensure her place in Tokyo Olympics.

She will now have to beat three wrestlers in the repechage- Yuliia Khavaldzhy Blahinya from Ukraine, world number one Sarah Ann Hildebrandt and then Maria Prevolaraki from Greece to win her first Worlds medal.

It was a second consecutive defeat for Vinesh against the Japanese this season after losing to the two-time world champion at the Asian Championship in China.

Vinesh has CWG and Asian Games titles but is yet to win a medal at the Worlds.

"Japan is a wrestling powerhouse. It takes some time to attack these girls. It's about one technique, one move one point that changes the bout. I tried, it did not happen and she succeeded," Vinesh told PTI after her bout.

Vinesh said Mukaida was no different from the Asian Championship though she and her coach Woller Akos had plotted the fall of the formidable Japanese.

"It happens. But Mukaida is not the only target for me. We focus on all wrestlers. Everyone is tough in 53kg. It's not over yet," said Vinesh, competing in her fourth Worlds.

Like Vinesh, she too remained in hunt for bronze and Olympic qualification as Stadnik reached the final.

"It's not that Mariya was more powerful than me. She is more experienced than me. I have just competed in 5-6 competitions in 50kg. I am learning and will get better," said Seema.

In the non-Olympic categories, Komal Gole was too defensive against Turkey's Beste Altug and lost her 72kg Qualification bout 1-4 while Lalita was outplayed 3-10 by Mongolia’s Bolortuya Bat Ochir in 55kg.

Both Lalita and Komal are now out of the championship since Bolortuya and Altug later lost their quarterfinals.

Placed in an extremely tough 53kg bracket, Vinesh made a dominating start by outclassing Rio Olympic bronze medallist Sofia Mattsson, winning 13-0 in her opening round.

However, in the much-anticipated clash against the world No 2 Japanese, Vinesh could not be her usual attacking self and lost 0-7.

Vinesh can still be in bronze medal contention if Mukaida reaches the final. The first 60-70 seconds remained without scores as they measured each other. Vinesh lost a point on passivity and from there the Japanese began to dominate.

A quick take-down, followed by an expose and another take-down gave the Japanese a commanding 7-0 lead.

Vinesh needed to attack but Mukaida's defence was impregnable. The Haryana woman made two double-leg attacks and also got hold of Mukaida's left leg but could not convert those moves into points.

Against Mattsson, Vinesh followed a strategy of staying away from the Swede.

Vinesh did not allow to her come close to play her hold-game. In no time she raced to a 4-0 lead and made it a commanding 8-0 with a double leg attack and a takedown from a waist attack.

A healthy lead in pocket, Vinesh just needed to stay calm and save some energy in the second period. She ended the bout with a four-point throw near the edge of the mat.

Seema is world number three in 50kg but the seasoned Stadnik did not let her dominate. The consistent double leg attacks by Stadnik always had Seema on the run as she lost points for stepping out.

A take-down followed by a gut-wrench gave Stadnik a 6-0 lead at the break. Seema could only score two points with a take-down towards the end of the bout.

In the 72kg, Komal waited too long to attack. With just 40 seconds to go at 1-1, Komal made two double-leg attacks but only to lose points.

In one last desperate attempt she attacked the right leg of the Turk but could not convert it into points with Beste staying strong in her defense.

India's campaign in the Greco-Roman style folded after Naveen lost his 130kg repechage round by technical superiority to Estonia's Heiki Nabi.