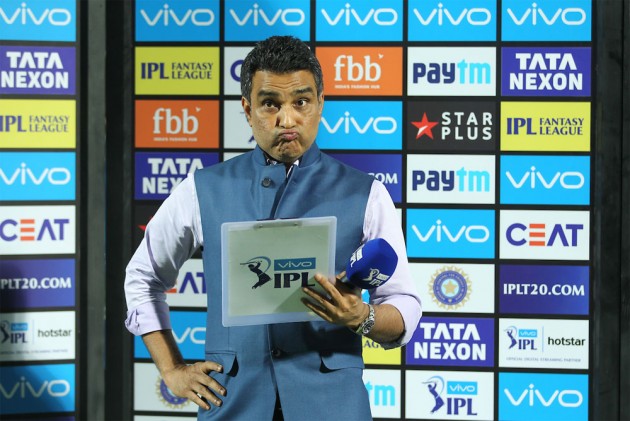 Sanjay Manjrekar is ready to apologise to return to the commentary box. The former India batsman was removed from the BCCI commentary panel in March. (More Cricket News)

According to reports, Manjrekar has written two letters to the Indian cricket board, seeking his reinstatement in the panel.

In the emails, "Manjrekar has, while pointing to his track record as a key member of commentary panels, referred to possible reasons for his exclusion, while also expressing that he was shocked and hurt to hear of the decision," reported ESPNCricinfo.

Manjrekar admitted that he was indeed sacked by the board in a tweet.

Confirming the development, a BCCI official then said that "maybe he will be left out from the IPL panel too".

"At this stage, it is not on top of our mind. But the fact is they are not happy with his work," Mumbai Mirror reported, quoting the BCCI source.

But with weeks ahead of the start of the IPL 2020 in the United Arab Emirates, Manjrekar has said that he will apologise if he has unwittingly offended anyone.

"I have publicly maintained that - the BCCI are my employers and they have every right to either have me or not, in their commentary panel. I have never considered being on a commentary panel an entitlement," Manjrekar wrote in the email addressed to the BCCI's Apex Council. "But here, amongst a small circle of important stakeholders of Indian cricket, friends and colleagues, please allow me to open my heart.

"I was greatly hurt! Especially because this came as a real shock! Until this moment, I had been the leading commentator on the BCCI panel for many years fulfilling some of the biggest responsibilities there are in live broadcasting: lead commentator, post-match awards presenter, hosting the toss, doing player interviews and yes, impromptu BCCI functions on ground too. I am also one of the first Indian commentators that gets rostered for the World Cups by the ICC. I did my job with great pride and a 100 per cent commitment and suddenly not found to be good enough to be in the panel was a big jolt.

"[...] this sacking for whatever reason, has shaken my confidence as a professional. If unwittingly, I have offended anyone I would be happy to apologise to the concerned party," he said.

It's widely speculated that the 55-year-old was dropped from the roster for calling all-rounder Ravindra Jadeja a "bits-and-pieces player" during 2019 ODI World Cup which created a social media storm.

He was also involved in a public spat with fellow commentator Harsha Bhogle during India's maiden Day-Night Test match against Bangladesh last November.