Bihu is an Assamese folk dance. Parag and Rahul Tewatia stunned SRH's with a match-winning 85-run sixth-wicket stand for RR 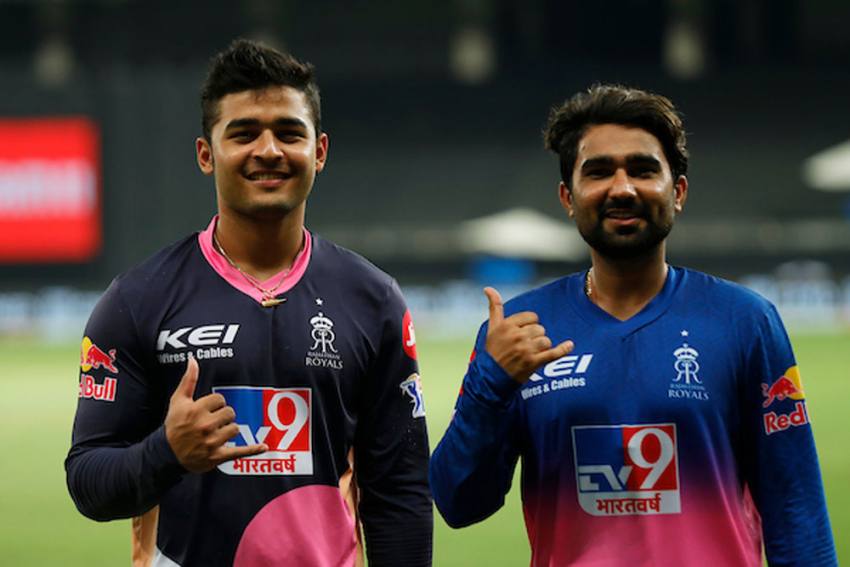 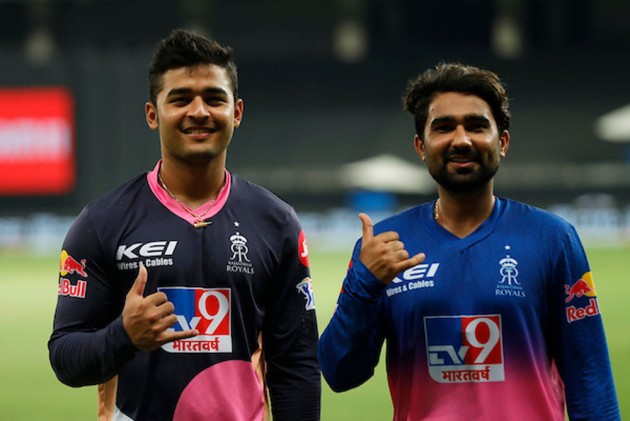 We have seen the Gangnam and the Dab, Riyan Parag on Sunday added the 'Bihu' on the list of dance moves made by cricketers to celebrate a triumphant moment.

Less than a month short of his 19th birthday, Guwahati-born Riyan showed some steps of Assamese folk dance after Rajasthan Royals stole Sunrisers Hyderanad's thunder in a thrilling last-over finish. (HIGHLIGHTS OF SRH vs RR) 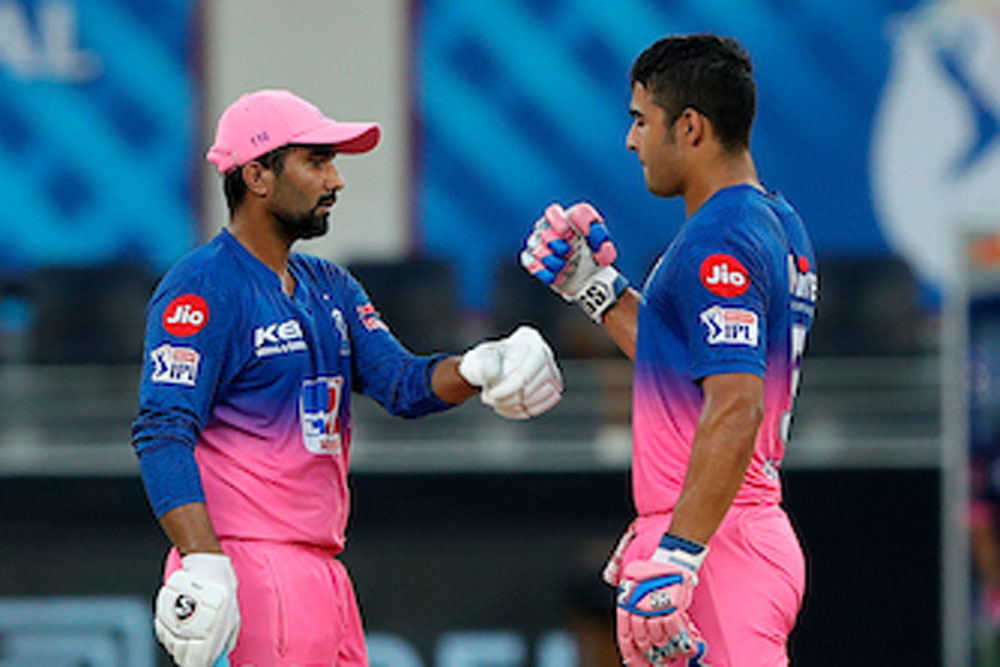 Riyan Parag and Rahul Tewatia scored a match-winning and unbeaten 85 runs for the sixth wicket as the Royals triumphed by five-wicket with one ball to spare against Sunrisers Hyderabad, who lost control of the match in the final five overs. (SCORECARD)

The win arrested Rajasthan Royals' four-match losing streak and left them with a mathematical chance to make the playoff stage. (IPL POINTS TABLE) 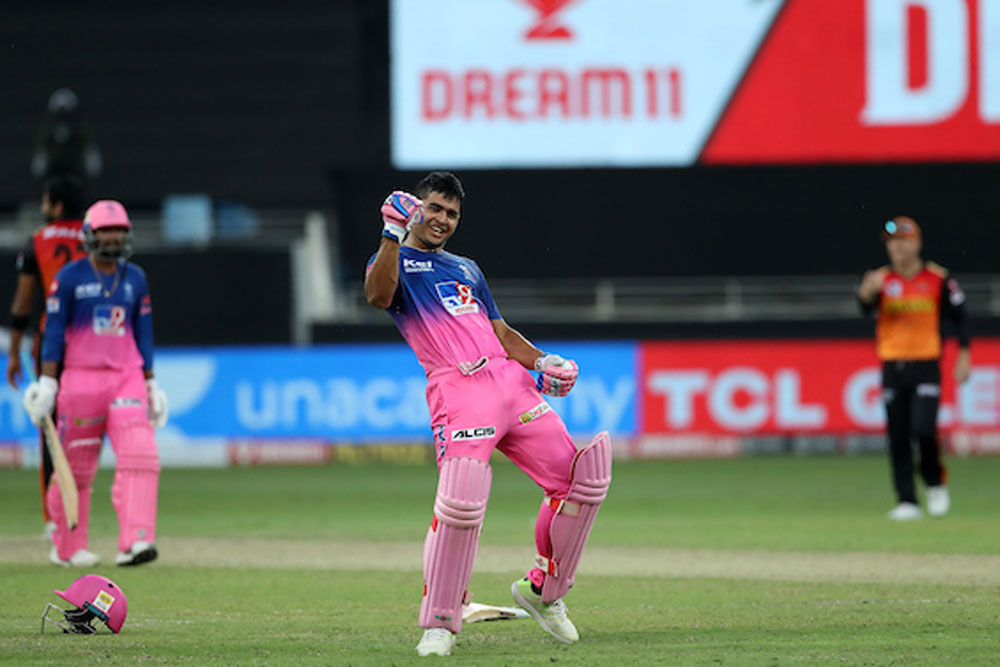 Riyan Parag warming up for a gig. Photo - BCCI

Riyan Parag scored 42 off 26 balls but it was Rahul Tewatia's 45 off 28 balls (four fours and two sixes) that did the real damage.

Tewatia has been sensational in IPL 2020 and had turned heads with his smashing knock against Kings XI Punjab. Tewatia had pummeled Caribbean pacer, Sheldon Cottrell, for five sixes in an over en route to a 31-ball 53 that helped Royals win a match that KXIP had in full control. 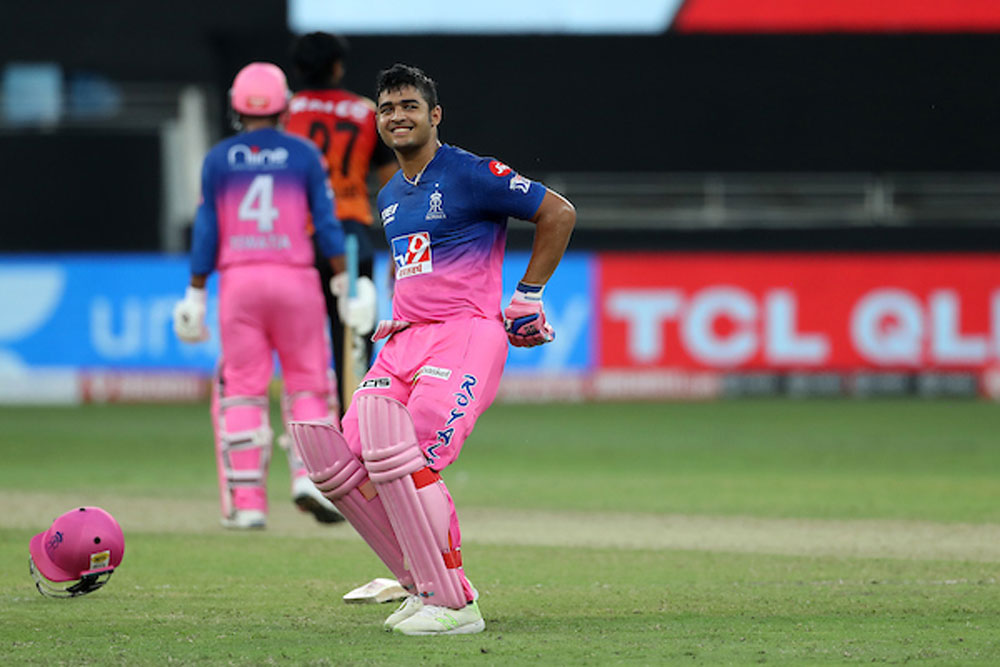 Riyan's knock on Thursday was timely. The RR camp had shown faith in his abilities in the middle order despite a string of poor scores in this IPL. The unbeaten 42 came after scores of 6, 0, 1 and 16.

"I'm a big dreamer, I dream of situations like this. Now it feels a lot more real to me. I'm there to put my hand up," said the young batting all-rounder from Assam.

Cricketers usually break into steps from international dances like Gangnam and Dab but to see an Indian folk dance was pleasing. 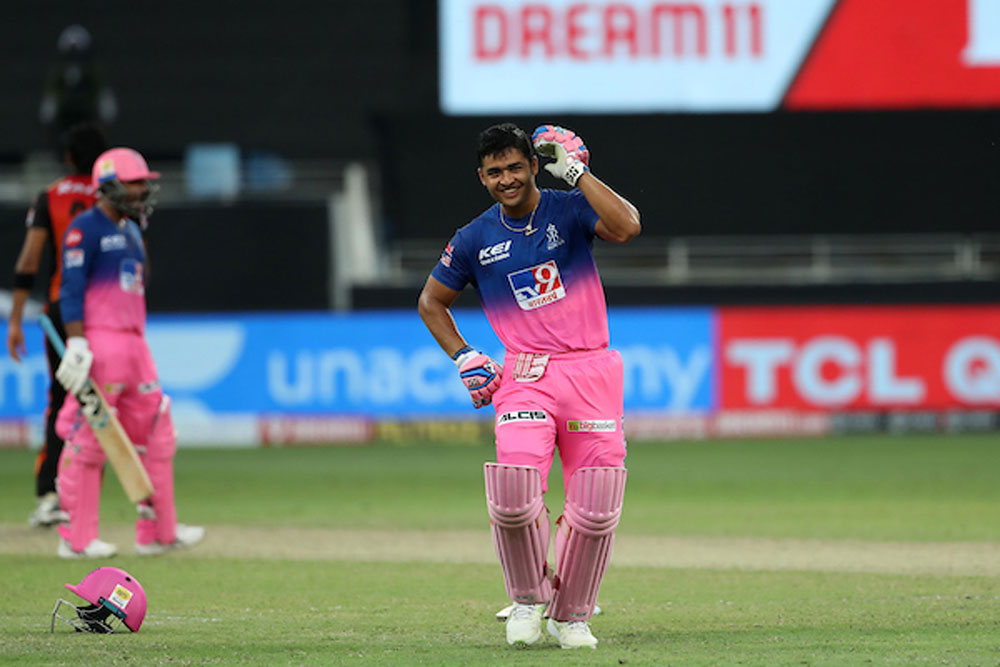 A belter of a show from Riyan Parag. Photo - BCCI

The Biju jig foxed the commentators. Former Australian batsman Michael Slater had no clue and Laxman Sivaramakrishnan was stumped too.

"When Rahul bhaiyya came to bat, the motto was to take it deep. We calculated how to take on Rashid Khan and it worked well.

"When I went into bat after a few balls, I had a clear mind that I wanted to hit after 16 overs. We just wanted to target the fast bowlers because the wicket was two-paced," said a beaming Parag in a post-match chat.