Sports Peru Vs Paraguay, Live Streaming: When And Where To Watch Copa America 2021, 1st Quarter-final Match

Peru Vs Paraguay, Live Streaming: When And Where To Watch Copa America 2021, 1st Quarter-final Match

Check match and telecast details of the first CONMEBOL Copa America 2021 quarter-final match between Peru and Paraguay. The winners face either Brazil or Chile in the semi-finals 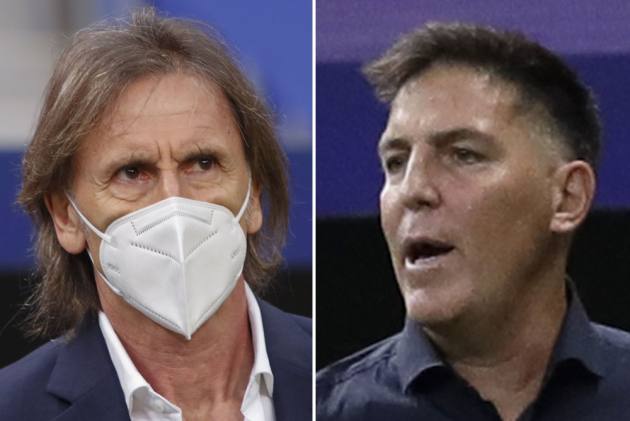 Peru and Paraguay meet in the first quarter-final of the 2021 CONMEBOL Copa America, with the winners taking on either Brazil or Chile, who face off in the second last-eight match, for a place in the final. Talks of final at this stage are two premature or even presumptuous considering the task at hand, for all the sides. (More Football News)

While Peru finished second in Group B behind defending champions and hosts Brazil with two wins and one draw and defeat each, Paraguay were third in Group A, behind Argentina and Uruguay. They won two and lost two.

The last time either of these two sides won South America's continental football tournament was way back in the '70s. Peru were champions in1939 and 1975, while Paraguay lifted the trophy in 1953 and 1979. Then, Peru came close to winning it for the third time in 2019, losing to Brazil in the final. Paraguay last qualified for the final in 2011, losing to Uruguay.

Paraguay conceded less than one goal on average per game in the last seven Copa America games (W2, D2, L3) with five goals conceded in seven games, 0.7 on average).

The Paraguayans have not conceded more than two goals in the competition since June 2015 (1-6 vs Argentina).

Paraguay's Junior Alonso is the player with the most successful passes so far in Copa America (256).