Virender Sehwag and Ranveer Singh were spotted in Old Trafford's pitch, ahead of Cricket World Cup's India Vs Pakistan fixture. 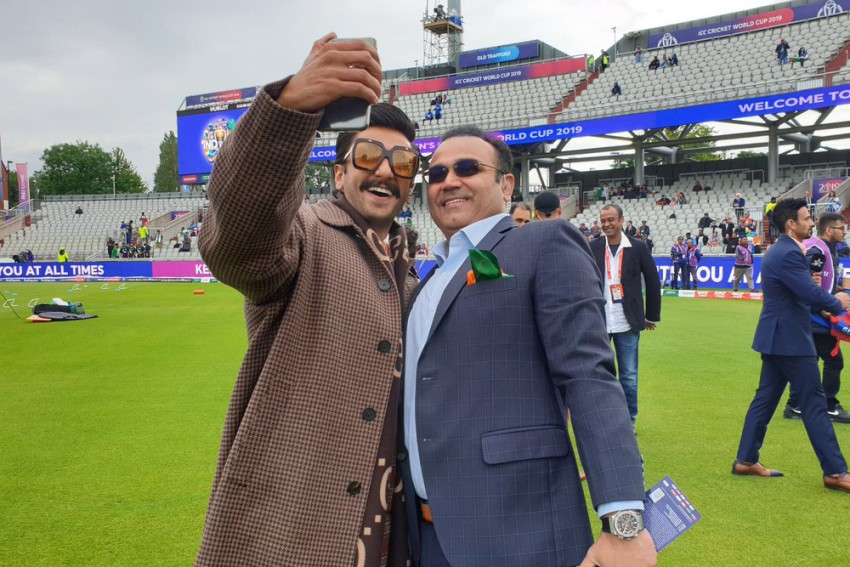 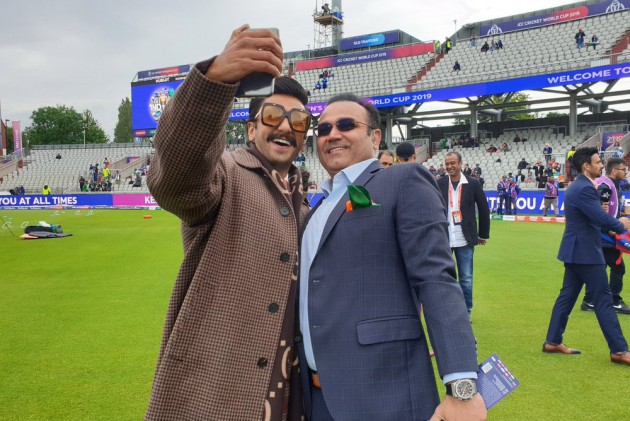 Well folks, guess who is there in Old Trafford to cheer for India? None other than Virender Sehwag and Ranveer Singh! The duo are currently in England, for Cricket World Cup's India Vs Pakistan clash.

In a tweet, BCCI shared the duo's photograph captioned as, "Selfie time. Look who's in the house".

Sehwag has been trending a lot these days, due to his opinions regarding the ongoing tournament. He recently appeared in Shoaib Akhtar's YouTube channel, where the duo talked about a lot of things, including the Indo-Pak clash.

On being asked about his prediction, Viru had stated, "I don't think Pakistan will be able to beat India anyhow on 16th."

Sehwag also that opined that Pakistan failed in the 2011 World Cup, as the side didn't play aggressive cricket. The duo agreed that branding the game as a final is wrong. Sehwag opined that ICC could exploit the fixture, and use it for financial gains.

India's fixture against Pakistan starts at 3 PM today, June 16, and is being held at Manchester's Old Trafford.

Cricket World Cup, India Vs Pakistan: Against Them We Always Play With A Higher Intensity, Says Ravindra Jadeja – WATCH