Barcelona Vs Athletic Bilbao Live Streaming: When And Where To Watch La Liga Match 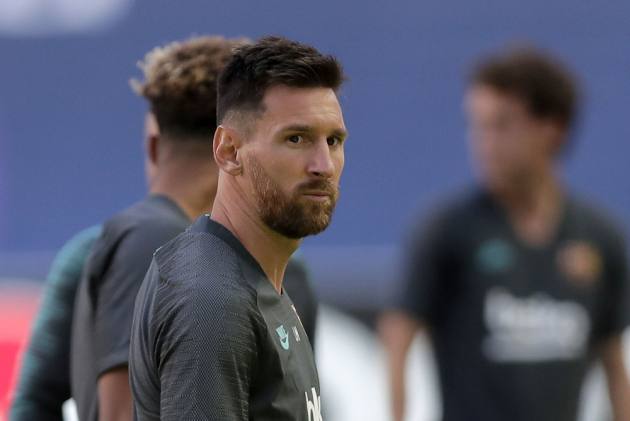 Barcelona face Athletic Bilbao again, this time in La Liga. Sunday's meeting at home will the Catalan giants' first against the Basque outfit since the final of the Supercopa de Espana. (More Football News)

Barca can level with defending champions and bitter rivals Real Madrid on 40 points with a win, but they have won only twice in their past seven meetings with Athletic in all competitions. That's one alarming fact.

Ronald Koeman's side will enter the match 10 points behind leaders Atletico Madrid, who will still have a game in hand after their early kick-off at Cadiz. But Barca still have Lionel Messi, whose eye-watering contract details were leaked on the eve of the match.

For the record, Barcelona's tally of 37 points from their first 19 matches is their lowest return at this stage of a season since 2003-04. And Koeman has already told the club hierarchy to be realistic.

"It's tough, because the points gap is very big," he said on Saturday. "In the Champions League, there's no clear favourite. We have a knockout against Paris Saint-Germain that we'll try to get through," the former Netherlands boss said. "I have said several times that this is a season where we are changing things, we are opting for young players... Barcelona are not about to win a lot of things right now. We have to be realistic about where we've come from, the changes we've made... not everything depends on one player. We always have to be ready to fight, but we have to be realistic."

For Bilbao boss Marcelino, who orchestrated a sensational win against the favourites in Spanish Super Cup final, said that "with Messi, Barca is more difficult to counter," but "they have other good players; there’s one who is in an extraordinary moment, [Frenkie] De Jong. Pedri played a spectacular game, [Ousmane] Dembele and [Antoine] Griezmann are very good. These are players we can't give a meter or a second to.”

Who starts and who warms the bench, that will be known only before the match. But here's a look at the possible XIs. By the way, Messi scored twice in the first leg, then was sent off [WATCH VIDEO]  in the cup final.