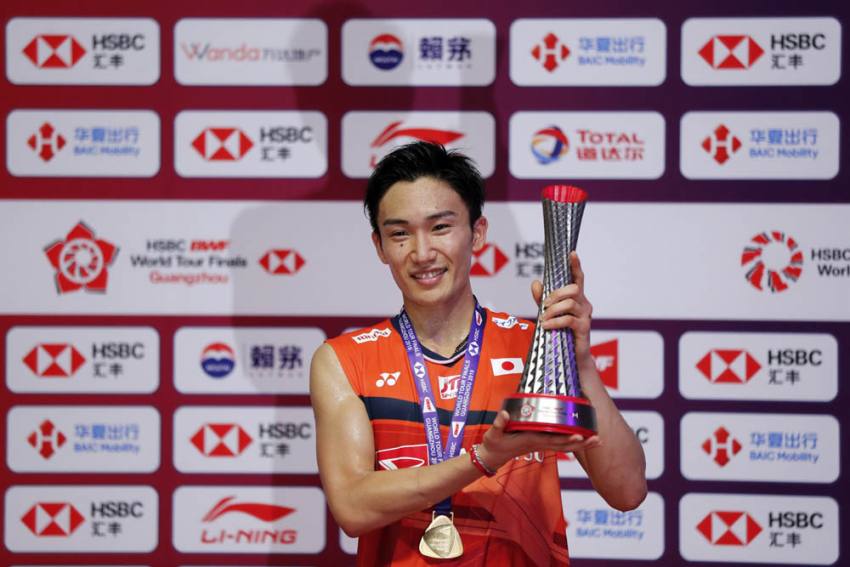 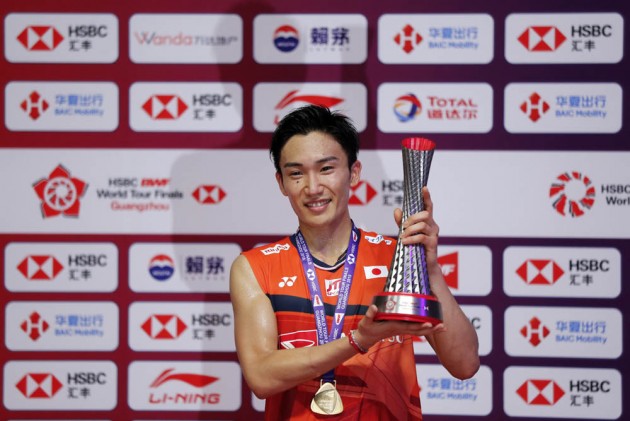 World number one Kento Momota fought back from a game down to win his 11th badminton title of the year on Sunday with victory at the BWF World Tour Finals.

The Japanese had lifted 10 titles in a remarkable 2019 while opponent Anthony Sinisuka Ginting had won none prior to their final in the southern Chinese city of Guangzhou.

The eighth-ranked Indonesian pushed the hot favourite all the way before Momota prevailed 17-21, 21-17, 21-14 in 87 high-quality minutes at the season-ending showpiece.

The 23-year-old Ginting has now tasted defeat in all five of his finals this year.

Momota was 12-5 down in the deciding third game and facing a shock defeat.

But the 25-year-old, the reigning two-time world champion, surged back. Ginting was trailing 17-14 when he called the doctor on court for treatment on his right foot.

The fading Indonesian continued, but Momota rammed home his advantage to seal a stellar season in style.