Home  »  Website  »  National  »  Ready For Any Responsibility Given By Party: Rahul At Sonia's Crucial Meet With Cong 'Rebels'

Ready For Any Responsibility Given By Party: Rahul At Sonia's Crucial Meet With Cong 'Rebels' 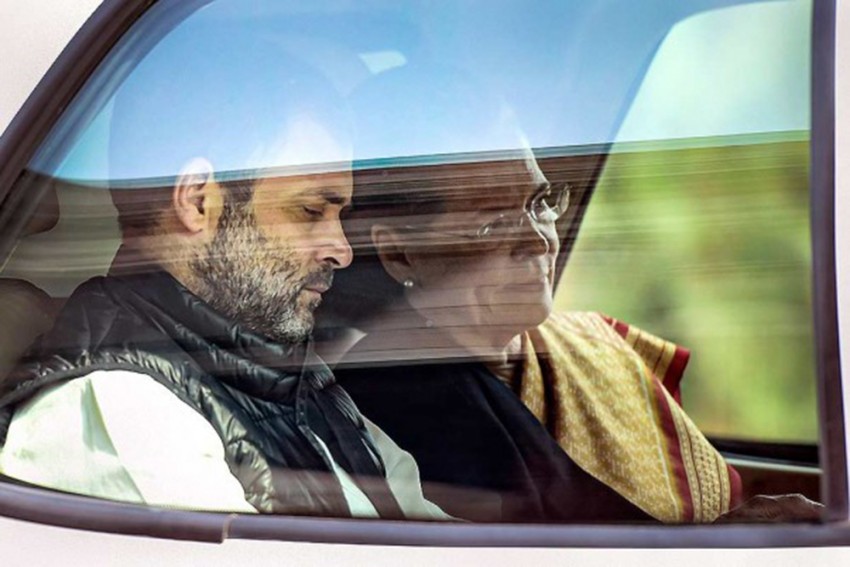 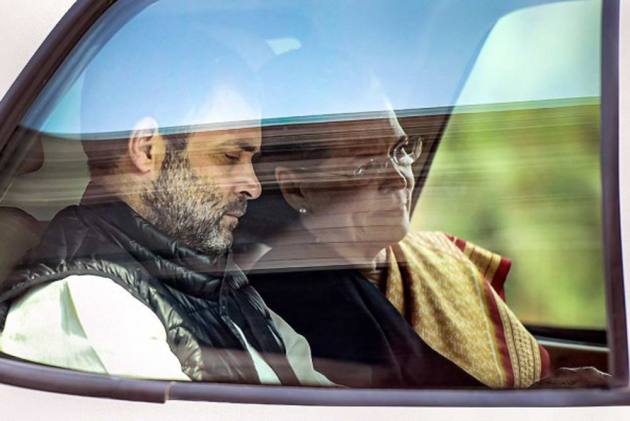 Former Congress president Rahul Gandhi today said he was willing to take up any responsibility given to him by the party during a crucial meet with interim Congress president Sonia Gandhi and her senior party colleagues, including representatives of the 23 leaders who had sought wide-ranging intra-party reforms through a controversial letter in July.

Both Sonia and her son Rahul endorsed the view that measures to strengthen the party have to be taken. Sonia said that a party panel is already in the process of finalizing schedule for electing next Congress president. The leaders, including those seeking reform, urged Rahul to withdraw his resignation so that suspense on the leadership issue ends. Rahul did not give any assurance but said he was willing to take up any responsibility given to him by the party.

Sonia also asked all leaders present at the meeting to put forth their views on organisational matters, sources said.

This was the first meeting at 10, Janpath (with the exception of the virtual Congress Working Committee meeting held in August) Sonia has convened with a delegation of her party’s pro-reform leaders.

Pawan Bansal, party general secretary and interim treasurer said, “Detailed discussions were held today on ways to strengthen the party. All members present spoke. Both Sonia Gandhi and Rahul Gandhi said that the party is a big family and everyone has a responsibility towards strengthening it.”

Prithviraj Chavan (one of the letter writers), said, “This was the first meeting and several more such discussions will follow. We are satisfied with the discussions that took place today and we have put our views forward. We have to all work together in national interest and the interest of the Congress party.”

In attendance at the meeting are party veterans Ghulam Nabi Azad, Bhupinder Hooda, Anand Sharma, Shashi Tharoor and Manish Tewari – all signatories to the letter. The interim Congress chief has also called loyalists AK Antony, Ambika Soni, Ashok Gehlot, Rahul Gandhi’s confidante and organisation general secretary KC Venugopal, Harish Rawat and Pawan Bansal to the meeting. Former finance minister P. Chidambaram, who was not a signatory to the letter but has, since the party’s disastrous show in the recent Bihar assembly polls, backed some of the demands of the signatories, is also at the meeting. Former MP chief minister Kamal Nath, who played the mediator between Sonia and the 23 signatories and facilitated today’s meeting is also present at 10, Janpath.

Officially, chief Congress spokesperson Randeep Surjewala has maintained that this is part of a series of meetings that Sonia has planned with various leaders of her party over the next fortnight as she hasn’t been able to give a personal audience to colleagues since March this year in view of the coronavirus pandemic.

Saturday’s meeting comes at a time when the party is busy finalizing a blueprint for an AICC session to be held next year to elect a new party chief. The need for an elected Congress president, along with the election of all members of the Congress Working Committee and other organizational posts, has been a key demand raised by the 23 letter writers, dubbed as “rebels/dissenters” by several Nehru-Gandhi loyalists in the family who prefer a status quo of nominations to key posts.

The signatories have also been demanding a “visible and effective full-time leadership” of the party. While they have consistently maintained that they have the highest regard for Sonia and appreciate Rahul’s stint as Congress president, the push for effective leadership by the signatories has been construed by many within the party and in the media as a direct attack on the party’s first family.

Saturday’s meeting said a senior leader from the pro-reform group, is “possibly an effort to break the ice” as their demands and what propelled them to write them down in a letter haven’t been discussed with the leadership even six months after the controversy first erupted. A signatory who is attending the meeting told Outlook that they “are going to meet the Congress president with an open mind and hope that the mud-slinging they were subjected to at the CWC meet in August will not be repeated this time round”. He added that “the narrative that we want a Gandhi-mukt Congress is completely untrue… if Rahul decides to contest the Congress chief’s election next year, no one is likely to oppose him but the issue here is that he still appears to lead the party as president but is fine with having his proxies in key posts… all we want is clarity on who is the boss; if it is someone from the Gandhi family, we will be the first ones to welcome the decision.”