The television actress says that seasoned actor Ajay Sharma encourages his co-stars to perform well in every scene. 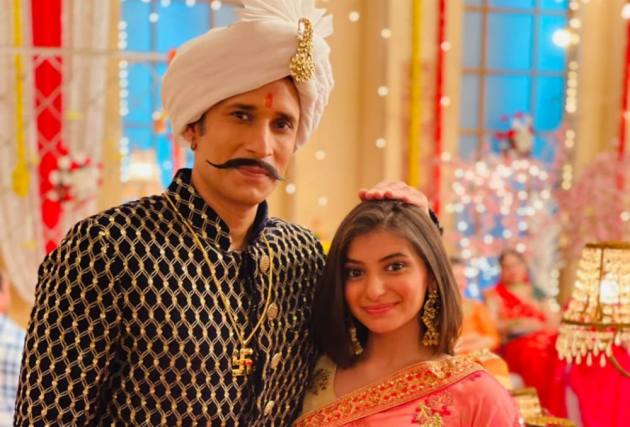 Actress Vaishnavi Ganatra, who is currently seen in the show 'Rakshabandhan: Rasal Apne Bhai Ki Dhaal' is in awe of co-star and senior actor Ajay Sharma. She feels that working with him has given her the opportunity to learn more.

Vaishnavi tells us, "The amount of intensity he (Ajay Sharma) puts into each scene is marvelous. Even when he was present on camera for suggestions and was giving cues, he had an immense amount of intensity and an amazing throw in his dialogues. He not only performs well but also helps all of us co-actors in making our lines impact. He never made his dialogues or scenes a ‘make-believe’. It is always so real and convincing. This was the best possible learning I could ever get from Ajay sir. It will definitely help me out in the future.

Talking about the moments spent behind the camera, the actress also known for essaying the role of Aanchal Mishra in the television show ‘Hamariwali Good News’ says, "It was not just acting, shooting and then back to our rooms- infact we had a lot of fun together. During the night shifts all of us used to be sleepy and tired so he used to come to me and ask me in a really fun loving way ki “Actor banogi?” (Will you become an actor?) And I was like, “obviously banugi sir! (Obviously will become, sir)

She adds, "He has this mind blowing sense of humour. Ajay sir always cracked hilarious jokes and trust me, he has the best punch lines and stories to share! We built a remarkable rapport on set!"