The Bird Box challenge has gone viral following the release of Netflix's movie and has prompted people to do silly things. 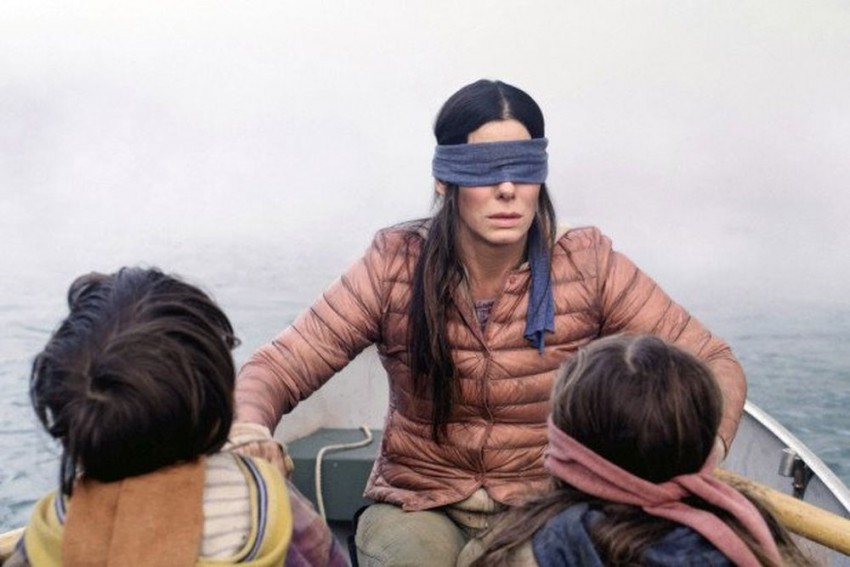 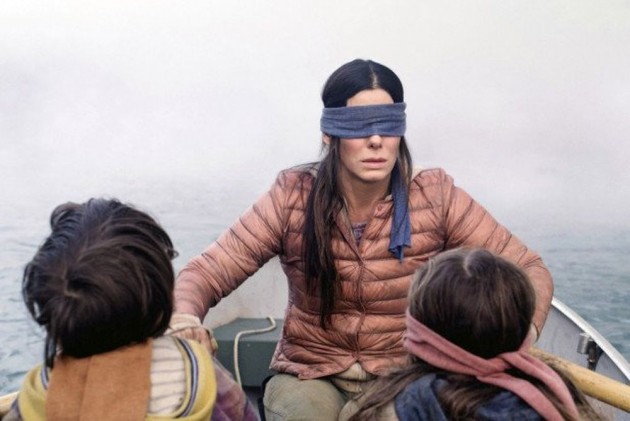 The challenge, which has gone viral following the release of Netflix's movie "Bird Box", has prompted people to do silly things, like what a Utah teenager recently did. She crashed her car while attempting to drive with her eyes covered, reports aceshowbiz.com.

The accident happened on January 7. The teenager was driving a pickup truck at about 35 mph on Layton Parkway when she allegedly pulled a beanie hat over her eyes. She veered into oncoming traffic and struck a passenger car. She also hit a light pole and a concrete barrier.

Luckily, no one was injured in the accident. She was with a 16-year-old boy in the car during the time of the accident.

Sharing photographs of the two dented vehicles, the Layton City Police Department tweeted on Friday: "'Bird Box Challenge' while driving...predictable result. This happened on Monday as a result of the driver covering her eyes while driving on Layton Parkway. Luckily no injuries."

Bird Box Challenge while driving...predictable result. This happened on Monday as a result of the driver covering her eyes while driving on Layton Parkway. Luckily no injuries. pic.twitter.com/4DvYzrmDA2

Layton Police Lt. Travis Lyman told Deseret News: "It didn't take long for her to lose control." Warning people of the danger of driving with their eyes closed, he said, "Honestly, I'm almost embarrassed to have to say 'Don't drive with your eyes covered' but you know apparently we do have to say that."

Lyman added: "It's just outrageous that somebody would think to do that. This one, luckily, didn't end in any injuries but easily could have. The stakes are just way too high to do something like that while you're driving." He further stressed: "It really puts everybody at risk."

According to the report, police initially weren't sure what caused the accident.

The driver then passed the information to police, who later re-interviewed the girl. She admitted she attempted to do the challenge during the crash. The case will be handed over to prosecutors to be screened for a potential charge of reckless driving.

Netflix on January 3 had urged "Bird Box" fans not to do 'Bird Box Challenge' due to safety concerns.

People have been uploading and sharing videos of themselves, wandering around blindfolded, doing the 'Bird Box Challenge', which is inspired by scenes depicted in the movie.