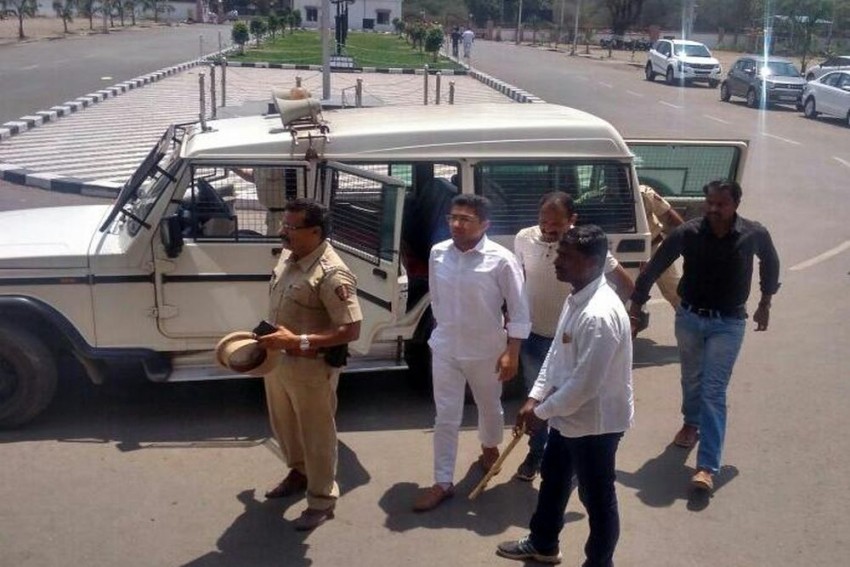 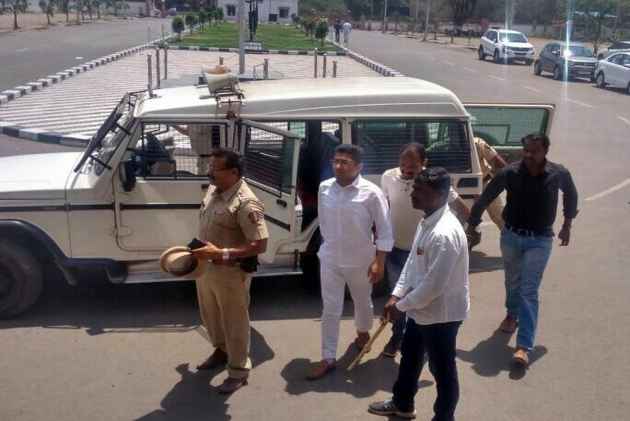 For a district that boasts of being the largest in the state, has maximum number of sugar factories, is home to Saibaba’s Shirdi, Shani Shingnapur, a village, with a rare temple for Shani and more popular for being a village, where doors are never locked and native place of Anna Hazare, Ahmadnagar has an equally dark side to itself. One of the highest in serious crimes in its region, serious offences of caste atrocities, inter-religious and inter-caste differences playing out violently, the rich and poor divide is as wide as Pune and Beed, both adjacent to Ahmednagar on either side and most recently the site of gruesome murders of two Shiv Sena leaders, allegedly plotted by leaders from BJP, NCP and Congress – all relatives.

On the evening of April 7, soon after the result of a civic by-poll was announced in which Congress candidate Vishal Kotkar won by 454 votes over Sena nominee Vijay Pathare. (The bypoll was necessitated after the former mayor Sandeep Kotkar, also Congress member, was convicted in a 2008 murder case.) Shiv Sena leaders Sanjay Kotkar and Vasant Thubhe were shot at point-blank range and also sustained injuries at Kedgaon area near Ahmednagar city. The situation was so tense that after the crime was reported, a mob prevented the police and government officials from reaching the spot. Following day, when the police had taken NCP MLA Sangram Jagtap for questioning, a mob led by BJP MLA Shivajirao Kardile attacked the SP office, ransacking the place and trying to take Jagtap with them. Kardile turned himself in on following Monday on April 9.

Ranjan Kumar Sharma, Superintendent of Police, Ahmednagar district, says, “There were three major offences. First the two murders, then preventing the police and government officials from reaching the spot and then attack on the SP office. We have made arrests in the first and the third offence and so far 51 people have been arrested in all.” A special investigation team has been formed to pursue this case and will be led by additional police superintendent Rohidas Pawar. The Congress candidate Vishal Kotkar, who won the said “coveted” seat, one of the co-conspirators, is on the run.

Shiv Sena has reacted strongly to this incident. Neelam Gorhe, a senior leader of Shiv Sena says, “The Nagar incident shows the appalling state of law and order in the region. It will be a blunder to isolate the incident as there have been more cases such as the suicide of entrepreneur due to harassment, Kopardi rape, and murder, murders at Javkheda, Sonai. These are serious crimes of rape and murder.”

She says criminalization is an important factor, “This is due to the combination of criminalization of politics and politics of criminals. The criminals are powerful due to the protection of ruling party BJP, which has previous NCP leaders. Kardile, Jagtap may be in different parties but their alliance is above party lines for their selfish control of power. They want to finish Shiv Sena at any cost. It is not personal or one-off incident, it’s a reflection of overall deterioration. Finally, the law will take its own course. Justice cannot be denied nor delayed.”

In this case, none of the parties can really wash their hands of the nexus between criminals and politics of elections – however big, however small. Shivajirao Kardile’s two daughters are married into Jagtap and Kotkar family respectively. Sandeep Kotkar, brother of Vishal, former mayor of the city is Kardile’s son-in-law. Sandeep and his father were convicted in a 2008 murder case. Kardile’s another son-in-law is Sangram Jagtap from NCP. Sangram’s father Arun Jagtap is an MLC.

Kardile, who has several criminal cases against him, joined BJP in 2009 and also managed to organise PM Narendra Modi’s rally in Ahmednagar before the assembly elections in 2014. Not a small fry by any standards, the whole episode is reflecting on ruling BJP’s attitude towards leaders with criminal backgrounds. Shiv Sena is planning to intensify protests and gherao CM Fadnavis at his residence. The CM also holds the home ministry so law and order come directly from him.

BJP’s senior leader Madhav Bhandari, “This is not about political parties, it is a case of family feud. This is limited to their family and Ahmednagar. The government is committed to punish the guilty and as you can see two MLAs have been arrested and not granted bail. It will not go beyond this case and has no bearing at state or national level.Political experts agree that the incident has many factors unique to Ahmednagar, which is the largest district surrounded by well-to-do Pune, Nashik and drought-prone Aurangabad and Beed. It seems to identify with both and none at the same time. The seat of rule for Nizam in the 15th century, it has the mixed population and had inter-religion conflicts many years ago, which has now given way to inter-caste tensions. Several cases of exploitation and violence against Dalits have been reported in the district in the recent years.

“All parties are the same. Despite having the highest number of sugar factories, the divide between rich and poor is gaping. It is a faceless, orphan region belonging neither to western Maharashtra nor Marathwada. Local politics is casteist and all about muscle power. All political parties have their locally powerful people, whose criminal records are not a concern,” says Loksatta Editor Girish Kuber.

Despite being largely agrarian and drought-prone as a district, the city of Ahmednagar has little connection to farmers’ issues says Dr. Ajit Nawle, from All India Kisan Sabha who has worked in the district extensively. “Unlike other district headquarters like Beed or Sangli, Ahmednagar city has no connection to farming and related issues. It has mixed communities historically, so the only rule has been might is right. In absence of any ideological or political party with long-term agenda, it has further deteriorated into personal rivalries and violence as we saw.” A few months ago the farmers strike, which brought Mumbai to a halt when supplies of milk and vegetables were stopped, was planned and started from Puntamba village in Ahmednagar.

Everyone – politicians, experts, and party workers on how this incident clearly highlights the nexus a powerful family is able to build across parties at the local level. However, some feel this exists in other parts of rural Maharashtra but doesn’t get as highlighted. “The incident shows that not a single party is away from forging such relationships. The only thing that matters is whether the local leader can win, at any cost, and the higher party officials or leaders don’t worry about the criminal past. Imagine Kardile had managed to get Narendra Modi for his campaign,” says Congress worker Hanumant Pawar. “Such incidents have happened in other parts of Marathwada too but they don’t get highlighted. But the larger point is that it is an indication of where Indian politics is headed considering the ministers were brazen enough to not just plot murders but also attack SP’s office.”

SP Sharma is also troubled with how things have come to a pass, “Ahmednagar is a politically sensitive district and high on serious crimes. It is the largest district of the state and policing is difficult because we are short staffed and criminality is high. It is a serious crime to kill leaders for political rivalry, to attack police officers and senior leaders of all parties were involved and have been arrested.” Vishal Kotkar and his ally may have escaped for now.

While the arrests and subsequent judicial custody indicates that law will indeed take its course in this case. But with upcoming general and state elections and the stubbornness of all parties to win at any cost, the state politics will witness many more defections, much wielding of power and perhaps more violence too.