The risk of the cross-border fighting between Israel and Islamic Jihad turning into a full-fledged war remains high. Hundreds of rockets have been fired into Israel. 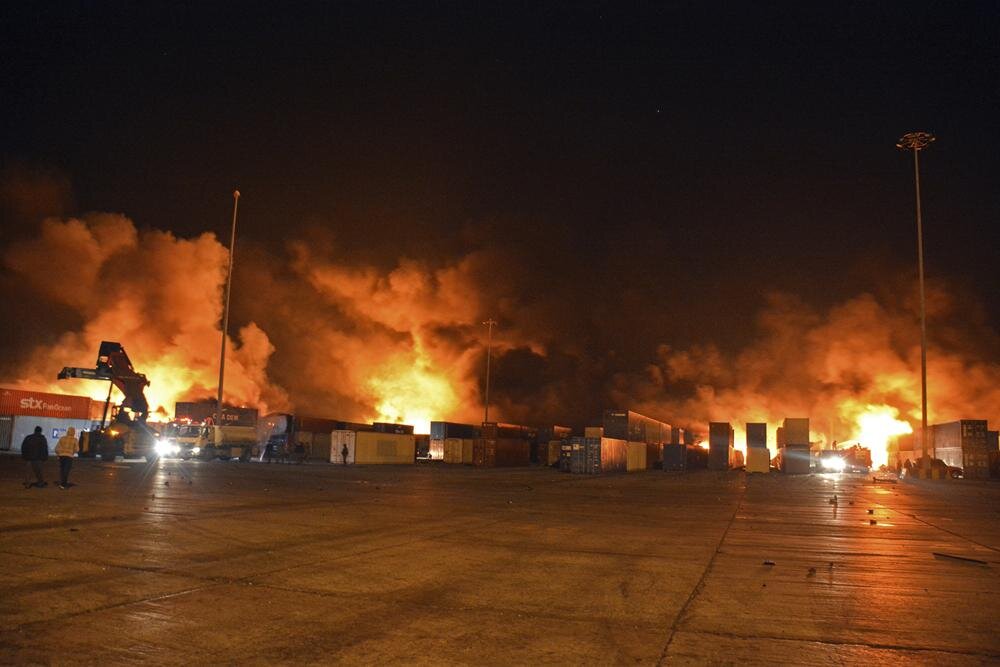 According to a military official, Israeli missiles were fired from the sea, west of Latakia, hitting the terminal and igniting fires that caused major damage.