Ram Van Gaman: Where Ramayana Is Not Just A Story, But Is Actually Alive

The bestselling author and his producer-director recall their travels through Chitrakoot, shooting for a TV show on the Ram Van Gaman trail

As heavy rainfall and flood continue to wreak havoc in Telangana, Chief Minister K Chandrasekhar Rao has ordered the officials to ensure rescue measures for the masses residing in the low-lying areas.

Regional films will take centre stage at the 2018 Cannes Film Festival, and producers are overjoyed. Maharashtra: Following the heavy downpour, one side of a percolation lake near Alangun village in Surgana taluka caved-in and the area got flooded on Tuesday, the officials said. 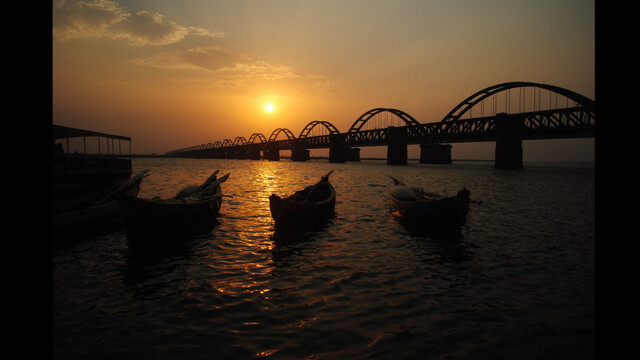 How the Rivers of India Descended From the Heavens: Godavari Godavari Flood Falls Below The Danger Level In Andhra Pradesh

The flood peaked to a maximum of 25.80 lakh cusecs on July 16, affecting more than 3.60 lakh population in six districts of Andhra Pradesh, with Alluri Sitarama Raju, Konaseema and Eluru bearing the brunt.