Dwayne Bravo, Kieron Pollard, Andre Russell and Jason Holder have frequently grabbed IPL spotlight with their all-round skills. Can Shepherd and Smith follow in their footsteps?

Out of the 15 Indian Premier League (IPL) auctions that have taken place so far, the foreign players have bagged the highest bids on eight occasions. This piece of stat just shows the importance of overseas players in IPL despite the T20 tournament being an event to promote and develop Indian cricketers. (More On Cricket)

Not only the established or already-introduced players bag big money at IPL auctions, but at times, even new foreign players also impress the franchises successfully to invite a bidding war on them, eventually getting a hefty sum even before their debut match in the tournament. IPL auction 2022 in Bengaluru last weekend was no different.

West Indian cricketers were much in demand. While IPL 2022 will miss the charisma of Chris Gayle, there will be enough Caribbean charm left in the tournament. In fact, the likes of Romario Shepherd and Odean Smith are expected to be the tournament's flavour with their fast bowling skills and big hitting prowess.

But T20 can be like a double-edged sword. To live with it one day and die with it on another. Ask Carlos Brathwaite, who turned superhero for West Indies in the T20 World Cup final against England at Eden Gardens in 1996, bagged big deals with IPL teams but turned out to be a massive flop.

Here are five players, who haven’t played a single IPL game so far, but bagged huge contracts. Three of them are West Indians and one each from Sri Lanka and South Africa:

The tall all-rounder from West Indies was the costliest new foreign pick in IPL auction 2022 as SunRisers Hyderabad splurged a whopping sum of INR 7.75 crore on him. Romario Shepherd has taken 53 wickets across 44 T20s, while scoring 315 runs at a sensational strike rate of 161.53.

Though his stats might not be as fascinating as the money he got in IPL 2022 auction, the recency bias has played a key role in the player getting the big sum. Late in January, Shepherd’s unbeaten 44 off 28 may have failed to win West Indies the second T20 against England at home, but the knock, for sure, benefitted him in other ways. Shepherd had also picked six wickets in the five-match series that West Indies won 3-2.

Since established overseas fast-bowling all-rounders like Sam Curran, Ben Stokes and Chris Woakes opted out of the IPL auction this year, Romario Shepherd became the cynosure of all eyes with a base price of INR 75 lakh.

Odean Smith was just another player who got the benefit of many quality fast-bowling all-rounders skipping the IPL auction 2022. Meanwhile, the West Indies player also grabbed the opportunity with both hands by impressing with his performance against India in the three-match ODI series that preceded IPL.

In the two matches that Odean Smith got to play in India recently, he scored 24 off 20 (2nd ODI) and 36 off 18 (3rd ODI) apart from taking the wickets of Virat Kohli, Rishabh Pant and Shikhar Dhawan. He also led the six-hitters’ chart with five 'maximums' to his name.

Odean Smith seems to be a good package, who can bowl at around 140 kmph and clear the boundaries at will with his clean strikes.

The ‘Baby AB’ caught limelight after his sensational run at the recently-concluded ICC U-19 World Cup. Right-handed batter Dewald Brevis, who can also bowl leg spin, scored 506 runs across six innings at an average of 84.33 and 90.20 at the showpiece event. His performances also included one fifty against India that came in a losing cause. Brevis bagged the player of the tournament award too. 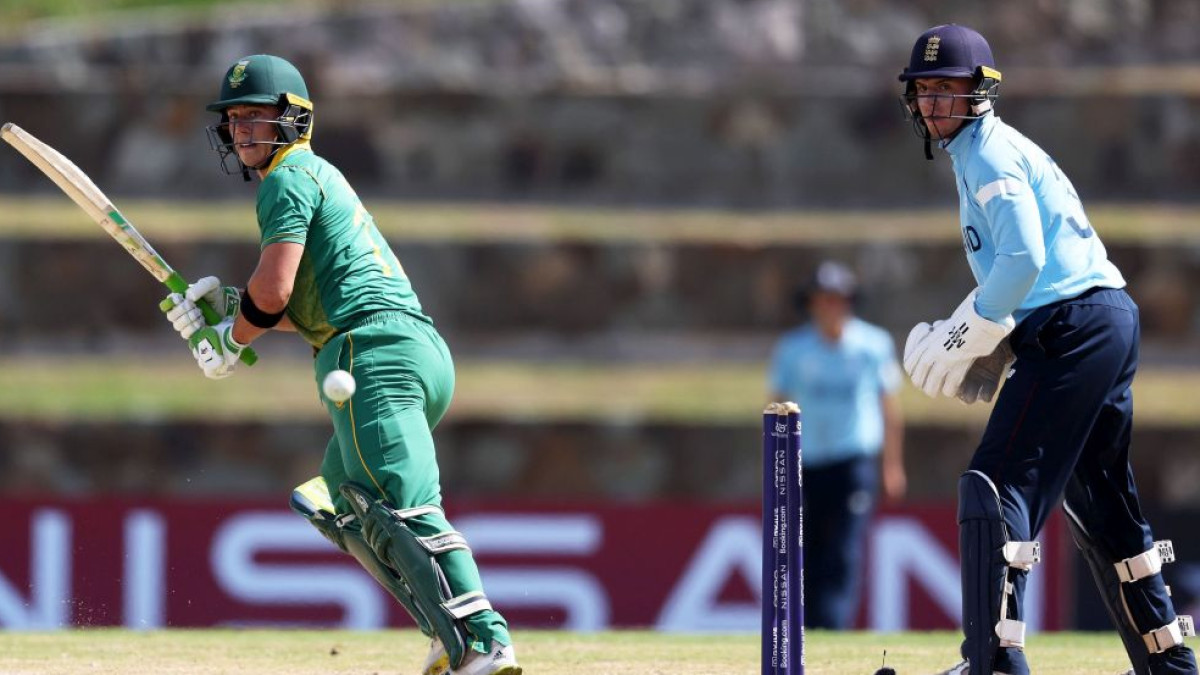 Mumbai Indians, the franchise which is famous for picking up young talents and nurturing them, were happy paying a sum of INR 3 crores for the 18-year-old South African batsman, who entered the IPL auction 2022 with INR 20 lakh base price.

Brevis is called ‘Baby AB’ because his stance and range of shots are similar to that of the former South Africa player AB de Villiers.

The right-handed batsman from Jamaica is not a new name in the cricketing circuit. He was picked by Kolkata Knight Riders in 2017 for INR 30 lakh. However, Powell didn’t get to play a single game and remained unsold in the IPL auction next year. Rovman Powell scored his maiden T20I hundred in the second game of West Indies’ five-match series against England. He hit 107 off 53 balls to guide the Caribbeans to a 20-run victory on January 26, 2022. It’s needless to mention that his recent form played a huge role in convincing Delhi Capitals that investing on him can be a good option.

Powell  has played 107 T20 matches so far scoring 1771 runs at a strike rate of 132.26, alongside scalping 21 wickets while bowling right-arm medium fast.

Right-arm fast bowler Dushmantha Chameera is also an experienced international player. He is well-known for his raw pace and a height of 6 feet makes him further dangerous for batsmen facing him.

Like Rovman Powell, Chameera too has been a part of IPL before but hasn’t featured in a single game. The Sri Lanka pacer was bought by Rajasthan Royals back in 2018, but only warmed the benches. 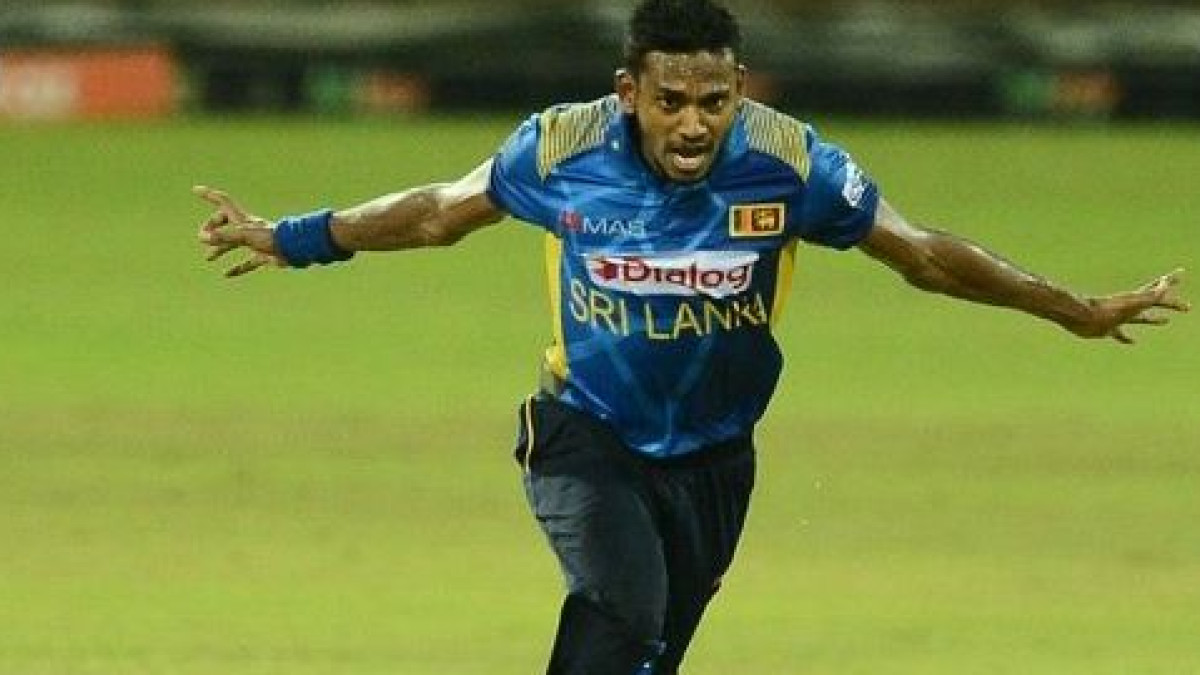 Chameera was then included in the Royal Challengers Bangalore squad for the UAE leg of IPL 2021 as a replacement player, but again failed to get a game before he left RCB’s bio-bubble for national duty.

The pacer is back in IPL with an INR 2 crore deal with Lucknow Super Giants and will now hope to make his IPL memorable with the new team.