Illustrious actor and theatre personality Ramesh Deo breathed his last this Wednesday. In Part 13 of Sands of Time, we pay a tribute by talking about his collaboration with Seema Deo, a pair that stands tall in the history of Indian cinema.

Nalini Saraf was barely 15 years old, and already a breadwinner. Her family had fallen on hard times. Her father had passed away, and there were mouths to feed. She was the eldest of four children, and her passion for dancing brought in a meagre amount of money. They lived with their mother at a chawl in Girgaum, a neighbourhood in the south of Bombay. This was the late 1950s.

A well-wisher of the family spoke to her mother and suggested that Nalini should be allowed to work in films. Those days actors were paid a monthly salary under a fixed contract, which meant a steady flow of earnings. Tolaram Jalan’s iconic Filmistan studios had just started making Marathi films. Her mother had apprehensions. They had never known anyone from the film trade, and the whole idea seemed fraught with uncertainties. But Nalini recognised the opportunity. What was the harm in exploring? She convinced her mother to accompany her to Filmistan but they were not sure how to find the place.

The mother and daughter boarded a local train from Charni Road station. At Grant Road station, a rather pleasant-looking young man boarded the train. It was an almost empty coup, but he went and sat right in front of them. Nalini immediately recognised the strapping lad and whispered to her mother that this person seems to be a popular villain of Marathi films, Ramesh Deo. Do not even look in his direction, her mother shot back. But Ramesh had a good reason to sit near the demure Nalini. 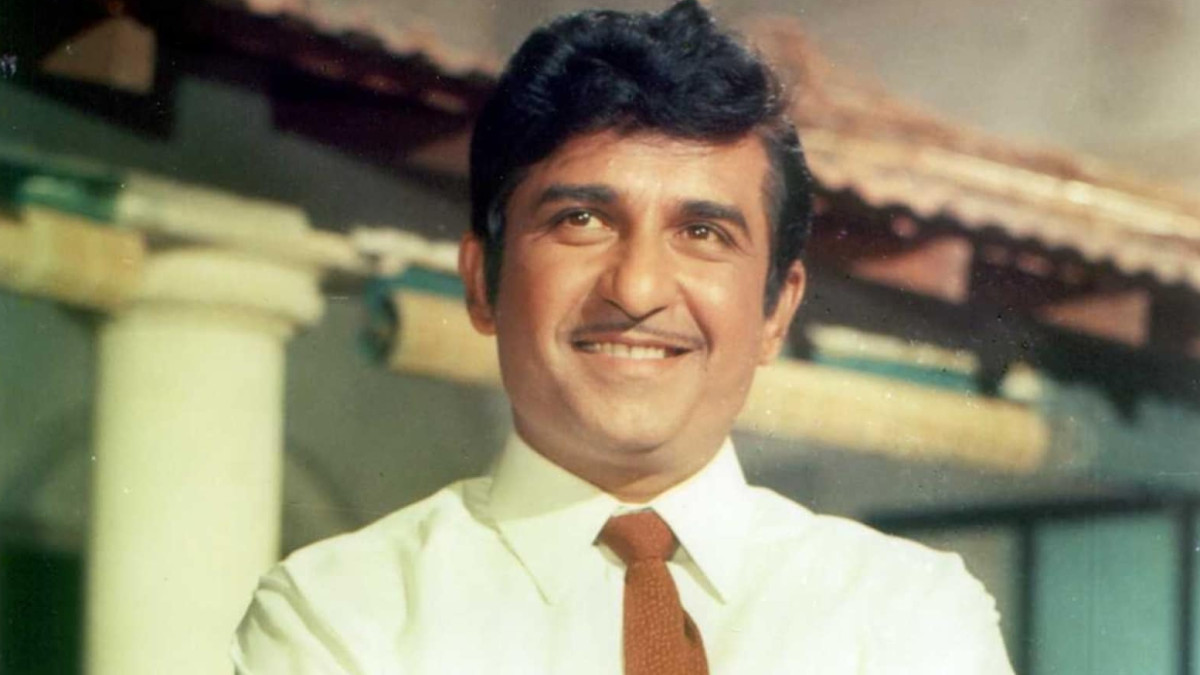 Ramesh Deo’s entry into films was serendipity, more than anything else. During his college days, he had taken some friends to watch the shooting of a Marathi film. The director Dinkar Patil was a family friend and Ramesh wanted to impress the girls in his group. Coincidentally, Dinkar was shooting a college scene and the group was invited to play themselves in a scene. And that is when the acting bug bit, and it bit hard. Ramesh Deo’s family was up in arms when he told them he wanted to work in films. His grandfather, an engineer, had moved to Kolhapur from Rajasthan, and his father was the legal advisor to Chhatrapati Shahaji Maharaja. Everyone around him was well educated and in conventionally well-respected professions. To belong to that family and aspire to be an actor? It was Ramesh’s mother who convinced everyone that he wasn’t scoring the grades anyway, and acting is the only thing he will probably ever be good at.

After playing walk-on roles in a spate of Marathi films, he first found success as a screen baddie. The first villain role was in Raja Paranjape’s Andhalaa Magto Ek Dolaa (1956). Within a short period, Ramesh established himself as a Marathi movie villain of some repute. Director Datta Dharmadhikari was making a film called Aliya Bhogasi (1957) where Ramesh was eyeing the second lead, which was supposed to go to the renowned Marathi writer, satirist and actor Purushottam Laxman Deshpande aka Pu La Deshpande. If Pu La turned the role down, Ramesh could get it. It was with a hope of bagging the role that he embarked on that train that fateful day. Now, the very moment his feet hopped on to the compartment, he was assaulted with the intoxicating whiff of jasmine flowers. There was a girl sitting with an elderly woman, and that was her the scent emanated from. She was wearing a gajra, which seemed to be the culprit. There was nowhere else Ramesh Deo could have been in that instant. The universe wouldn’t allow it.

As Ramesh got down, the ladies disembarked as well. Nalini had a feeling that this actor was headed to Filmistan as well. They kept on his trail and sure enough, the trio reached Filmistan. Nalini and Ramesh went their separate ways but there were two strangers lying in wait, about to change the course of their lives. The filmmaker Nalini met that day seemed to intimidate her so much that she felt this was not a career destined for her after all. As she mulled over the failed experiment, she bumped into a stranger who seemed to know her - he was from the same neighbourhood. It was this man who recommended that she meet the legendary Raja Paranjape, a giant filmmaker in the Marathi pantheon. It was Raja Paranjape that chiselled and shaped the artist in her, taught her everything she knew. At the cusp of her acting career, Nalini had to think of a screen name. Nalini Jaywant was a huge star and there was no point adding to the confusion. It was her brother who suggested the name Seema, based on the eponymous film Seema (1955) starring Nutan. Nutan was her favourite actor she embraced the name in a heartbeat.

Ramesh had a different experience as he entered Filmistan that day. He was told that Tolaram Jalan, the owner of the studio, was looking for him. As he stepped into the room, a person who he had never seen before gesticulated and wondered what the great Ramesh Deo was doing there. On explaining he was there looking for a role, the man turned to Mr Jalan and started singing his praises, underscoring how great an actor Ramesh was and how hiring him can ensure a hit. Tolaram promptly recruited Ramesh Deo as an actor, at a salary of Rs.700 per month, plus travel and accommodation. Considering what he got by way of remuneration per movie, this was a princely sum. Ramesh Deo thought he hit the jackpot. As he signed on the dotted line, the newly christened Seema was also signing her contract. Amid the memory of those jasmine flowers, Ramesh Deo felt it in his bones that this girl was going to be his lucky mascot. 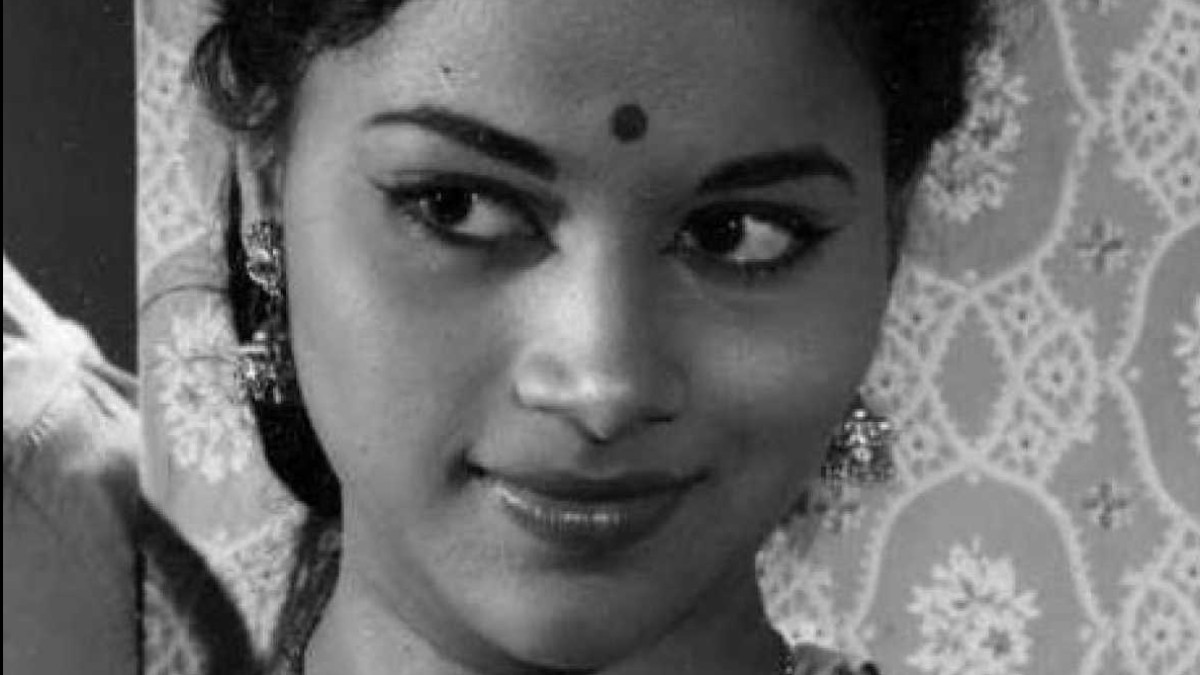 They kept crossing paths in studios, on the same movie sets - sometimes playing siblings, sometimes lovers and at other times, rivals. During one such movie where Ramesh was the villain, he had to say something despicable and she had to slap him across the face. She whacked him so hard that he forgot his lines. They were in love, after all. The couple dated each other for four years, waiting patiently as Seema was on a mission to get her family a decent home to live in. While shooting for a minor role in Vasant Joglekar’s Aanchal (1960), Seema received a call from Bimal Roy Productions’ office. There must have been a mistake, she thought. But it was true…Bimal Roy indeed wanted to cast her for Prem Patra. It was Nanda, her costar from Aanchal, who had recommended her strongly. When Bimal Roy was told that Raja Paranjape was her guru, he is said to have stood up as a mark of respect. He was an admirer of Raja, he said. If she was Raja’s protege, he better sign her immediately. That’s how Seema’s Hindi movie career took off. As far as Ramesh was concerned, there was an episode while traveling for a play, which primed him for a career in Hindi films. By this time, Ramesh Deo was a name to be reckoned with in Marathi cinema. He had started playing heroes. He was traveling to a village near Kolhapur to stage a play, and had to halt for tea at a tiny highway joint. But the server refused to believe he was a hero. The only heroes, the server pointed at a series of pictures on the wall, were Raj Kapoor and Dilip Kumar. That’s when a fuming Ramesh decided to make a name in Hindi cinema as well. He soon met Tarachand Barjatya and bagged a role in Aarti (1962), his first Hindi film.

With her own money earned from acting in the movies, Seema bought a house for her mother and siblings. It was only after this that the pair tied the knot, but as fate would have it, their photographer didn’t come to the wedding. Ramesh and Seema Deo didn’t have any pictures of their wedding. But they made up for it by appearing as a couple in front of the movie camera in a plethora of films during the 70s and 80s, countless moving images etched in time. The most notable of them was Anand (1971). Both were a bit jittery at the prospect of working with the biggest star of the nation at the time. Rajesh Khanna, it turned out, spoke Marathi quite well, and put Seema at ease by speaking to her thus. But the clincher was when Rajesh revealed how in his struggling days he used to hover around the Irani hotel in Girgaum just to get a glimpse of his favourite star, the great Ramesh Deo.