Hanuma Vihari impressed one and all with a composed 93 in the Indian second innings during the team's comprehensive 318-run win against the West Indies in the first Test at North Sound, Antigua on Sunday 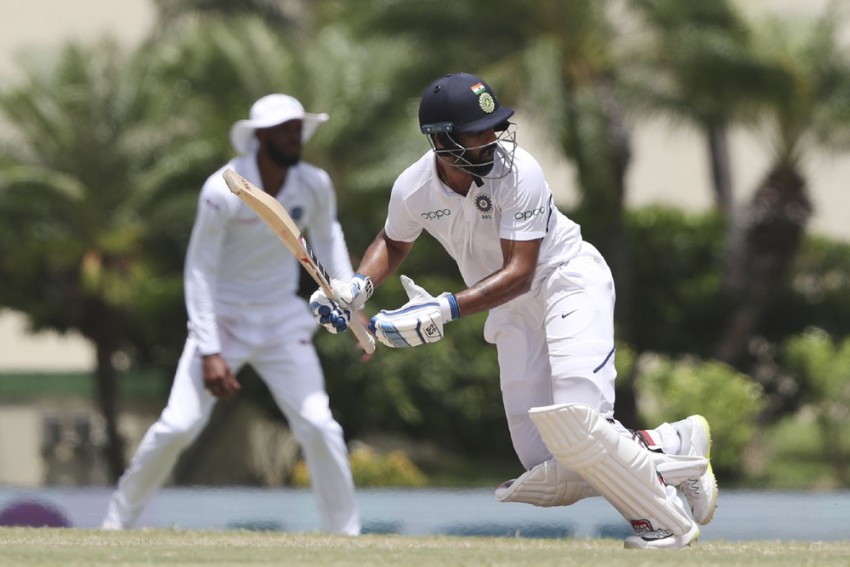 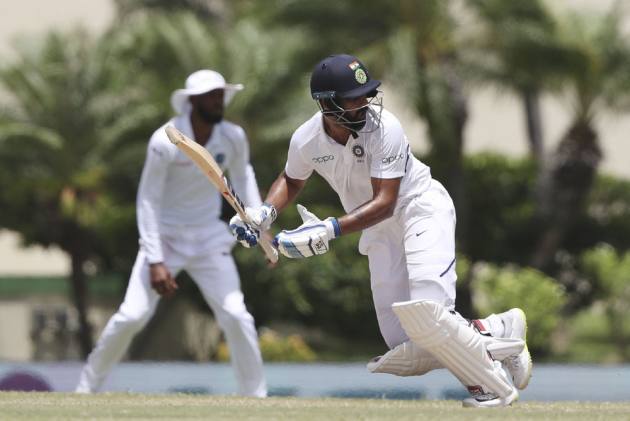 Hanuma Vihari's primary skill is batting but he is now trying to sharpen his off-breaks in order to fit in as the "fifth bowler" in India's Test set-up. He impressed one and all with a composed 93 in the Indian second innings during the team's comprehensive 318-run win against the West Indies in the first Test at North Sound, Antigua on Sunday.

Being preferred as the sixth batsman over Rohit Sharma, Vihari, if the quality of his off-breaks improve, could well force Ravichandran Ashwin to cool his heels in the near future.

"It is very important that my off-spin keeps developing not only for myself but also for the team. I fit into the team because of the combination that I can be the fifth bowler," the Andhra right-hander said at the post-match press conference.

"I want to keep improving and keep getting better at it. So hopefully, I will get in more overs and it will help the team better," he added.

While his choice as an extra batsman kept Ashwin out of the playing XI as India opted for four bowlers with a single spinner in Ravindra Jadeja, the youngster is happy to pick the senior off-spinner's brains whenever possible.

"(I feel) fortunate enough to get help from one of the best spinners in Indian cricket history. It's nice sharing the dressing room with him and talking to him about off-spin bowling," Vihari said.

For Vihari, adjusting to the nature of the surface and conditions became easier as he had led India A against the West Indies A in three unofficial 'Tests', scoring a hundred and two half-centuries.

He was asked to open the innings against Australia Down Under and now is back to playing in the middle-order. But Vihari is comfortable in any role that team management asks him to perform.

"I don't think about all those (juggling batting order) things. If the team wants to play a certain combination, we respect that and go out there and give our best.

"Sometimes they choose a combination according to the wickets, sometimes it is according to the opposition. So, our only focus is whenever we are on the ground, how well we can perform for the team," he made it clear.

It, however, does help that team management has a lot of faith in his abilities.

"If the team management shows trust in you, it gives one freedom to express himself. We had a good foundation especially with the start we got, especially how Virat (Kohli) and Ajinkya (Rahane) played in the last session yesterday, it gave me the confidence to express myself and that's what I did," he added.

He was thankful to senior partner Rahane for his constant guidance during their 125-run stand.

"He was helping me out with how the bowlers were bowling and how the wicket was like so that I could plan my innings. Because he batted for a long time in the first innings as well and was already set when I came into bat.

"He is also very calm at the crease and somehow I had that calmness while having a partnership with him."

Vihari missed out on his maiden hundred by only seven runs but wasn't disappointed considering that his contribution in the team's victory was a significant one.

"We had a plan of batting one hour after lunch. So I thought that if I could accelerate (post-Lunch) at the start, I can get closer to my hundred. That was exactly what (accelerate) I was trying to do in that (Jason) Holder over.

"I was trying to take my time and get close to the hundred but I am happy that I contributed to the team's success and that day will come when I will cross the three-figure mark," he exuded confidence.

He rated Jasprit Bumrah's spell before the tea on the fourth day as the best he has seen him bowl especially after he looked rusty in the first innings.

"He wasn't happy with his bowling in the first innings as he thought it wasn't up to his standards. In the second innings, he was quite fired up.

"It was obvious that he was struggling to get his rhythm in the first innings. But once he got his rhythm in the second innings, he was back to his best. That spell (before tea) was one of the best that I have seen him bowl," he concluded.