India produced a clinical performance to thrash the West Indies in the first Test on Sunday. Catch highlights and cricket score of WI vs IND, 1st Test, Day 4 at North Sound, Antigua here 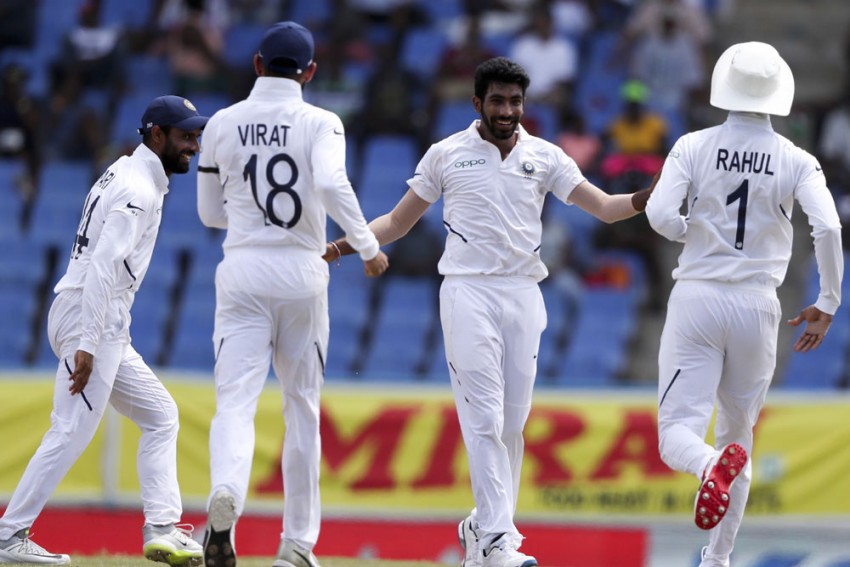 Ranked number one in the world, Indian cricket team on Sunday showed their ruthlessness by dismissing the West Indies for 100 runs after setting a mammoth target of 419 runs at Sir Vivian Richards Stadium in North Sound, Antigua. Jasprit Bumrah took a five-wicket haul while vice-captain Ajinkya Rahane scored a hundred to lead India's charge against a seemingly clueless Windies side. The win helped India take a 1-0 lead in the two-match series.

On a day Test cricket witnessed one of its greatest matches, courtesy a certain Ben Stokes far away from the Caribbean, India declared their second innings at 343 for seven after Rahane scored his 10th century. Hanuma Vihari missed out on his hundred by seven runs, and it prompted skipper Virat Kohli to declare the innings. It sure proved a masterstroke. In stark contrast to what had happened in England, the Windies capitulated in the face of disciplined Indian pacers – Bumrah and Ishant Sharma. And at Tea, the hosts were reduced to 15/5 inside the first eight.