They always talk about the 12th century and only of the principles advocated by the pioneers, not of later compromises and developments, says Prof S Settar 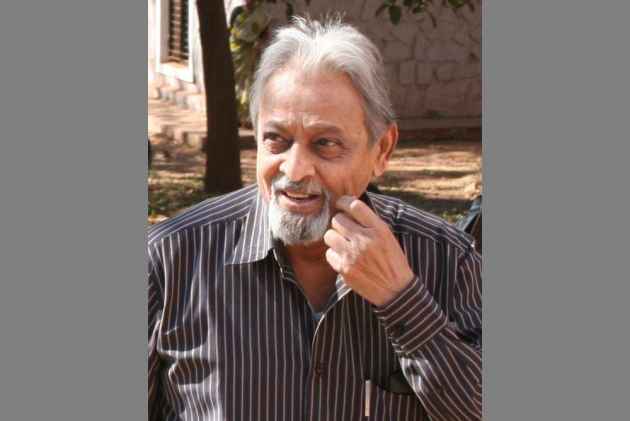 The Karnataka government's nod for a minority religion status to the Lingayat community has been a hotly debated topic over the past week. It's a vexing issue for sure and it has many elements to it -- politics, religion, culture, history and of course economics. Prof. S Settar, 83, former Chairman of the Indian Council of Historical Research, traces the debate from its beginnings and tells Outlook that the cause of this confusion is because much of the history of the Veerashaiva-Lingayats hasn't been written yet.

Can you give a broad outline of the origins of the Lingayat-Veerashaiva religious identity debate?

The issue has gained more intensity in recent times, especially in the last hundred years. Earlier, not much thought was given to these nomenclatures. But the differences which were simmering during the last 100 years have surfaced now. If you ask why it has aggravated now, the answer is: it has to burst open early or late and it is precipitated by several factors now. It's not the minority claim that is important here, the basic issue is whether Lingayats are part of Hinduism or not.

If you look at the social history of Karnataka, you see a distinct thought process questioning the traditional (Brahmanical values) was emerging in the 12th century. Now, against whom were they directing their questions? Obviously, against the orthodoxy. The main revolt of Basava and the vachanakaras was against the caste system, the varna order very strongly advocated then. This enabled him, a Brahmin by birth, to get support from all those who were discriminated hitherto. The majority of the working class such as cobblers, tailors, potters and such others immediately rallied round him, making his cause theirs also. However, it lost its momentum because of the political conflict in the Kalachuri court and also because the reformers had to flee the capital, Kalyana. In one way, it proved to be blessing in disguise because, the advocates of the new moment who were concentrated in a single centre spread across the entire Karnataka and beyond, to re-root themselves with vigour. In this background, one has to understand the strong rural roots of this sect, if that word can be used. This also explains the proliferation of the Lingayat mathas, which has no parallel in history. That's the early phase.

The Vachanas, which were composed by a diverse class of reformists in the 12th and later centuries would have lost forever, had not a revival moment begun in the 14th century. There was a conscious effort to recollect and edit them under the leadership of Lakkana Dandesa, a general under Devaraya II, the Vijayanagara ruler. This is an important phase in the history of the vachana literature. The recompilation or re-editing resulted in the emergence of a monumental work, calledShunya Sampadane (The Attainment of Nothingness). What had happened with the scattering of the Vachanakaras was that there was a partial and temporary suspension of this genre of literature. But after the 14th century, with the new impetus to read and interpret, the second generation of Vachanakaras began to emerge, and that hasn't stopped yet. This is history.

One of the tragedies of this important moment is that its history has not been traced on scientific ground. They seem to be stuck in the 12th century, and the long journey between the 12th and the 21st is inaccessible to the present followers. They always talk about the 12th century and only of the principles advocated by the pioneers, not of later compromises and developments. In any religion, compromises are made out of certain compulsions. It's unfortunate that we are not able to explain why, for example, most Lingayats worship in the temple, protect their caste and subcaste, and believe in omens and astrology and discriminate against women. The Vachanakaras did not advocate the set. If a casteless society has become a casteist society, there should be a reason for this, and we do not know the reasons because we have no written history to fall back on.

One of the noblest of the concepts which emerged out of the 12th century movement was the concept of Dasoha(distribution of essentials) as against Dana (accumulation through gifts). Dana is given to earn merit, by any means, inDasoha that any means is absent, because you have to explain how you got what you want to share. Is ill-gotten wealth for earning the so-called merit?  Dana encourages accumulation, makes you a parasite — not dasoha, for it  does not allow you to pack and take home.  It is a process by which you meet the requirement of the needy, for example, hunger, and by just throwing open your kitchen.

Is there a lack of resource material for writing history?

I think we have lost considerable material and it's very difficult to recover it now.  But not impossible. But you cannot write history to please someone, and the situation is such at present that there are no fewer fanatics amidst us now than those in the court of Bijjala in the 12th century. These can make any rationalists into martyrs.

Could you tell how to trace the past from a historian's point of view?

You see, to write the history of the Lingayats, the 12th century evidence is very solid. We are able to rebuild the movement with a little bit of conjecture and imagination, allowed to the historian; also but there is a vast body of literature spread across centuries. The life history of some Vachanakaras at least is confirmed by reliable historical records, for example, Basava’s life and career itself. But what happened between the 14th century and the 19th century is hard to find out, and anything said is bound to be controversial. It is an herculean task and it cannot be done by a single individual. It is conflicting and sensitive. I would not like to attempt it because it is bound to end up in controversy. And nowadays, the controversies are not limited to scholars, those who do not read have a greater say on the matter. They do not argue with pen, but with stones, sticks and bullets. There are people who would like to write but the general mood in the country is dictated by mass culture and the provocation is provided by politically and religiously oriented people. The basic thing is; Basava taught tolerance and diversity which are forgotten now. A Lingayat man wearing the Ishtalinga

There have been scholars like FG Halakatti and in recent years MM Kalburgi who have done enormous work.

From Halakatti onwards, lots of efforts have gone into re-editing of Vachanas and on a massive scale. Just as Sangamliterature is the finest that the Tamils have produced, the Vachanas are the finest body of literature that the Lingayat community, particularly the Kannadigas, have produced. It is an unique genre of literature because it broke down the tradition. Until then, the heavily Sanskritised poetry was always composed in metre. They broke that rule and so a new form of literature emerged which was prose-poetry with no requirement of rhyme and metre, almost anticipating the 20th century free verse.

Over the past year, much of the debate has been about the distinction between Veerashaivas and Lingayats, which were synonyms for long? How did that happen?

You see, the overall picture of Hinduism is very difficult to comprehend. The Puranic gods emerged in the early centuries of the last millennium and along with that emerged the Agamas, which are the texts that prescribe how to worship gods in temples. That was what was questioned by Basava and his followers. But there is a catch here, which becomes relevant to the debate now. Over a period of time, there is one section of the Lingayat community which, either consciously or unconsciously, was interested in understanding Basava and his teachings. There was another section which was more interested in establishing that it was no less important than the Vedic or the Puranic religion. That means the second section, especially after the 16th century, began to imitate the Brahminical rituals and claim themselves on equal footing with the Brahmins. That's why in the 18th century, some mathas started Sanskrit schools, and even called themselves Vedamurties. Over a period the Sanskrit-knowing Jangama started claiming superiority over the rest. The difference between the pancha mathas and the other mathas -- which is the major issue now -- is that the pancha mathas believe in the agama, particularly what is called the Veeragama, and claim existence of this sect before Basava. The conflict actually concretised in the last century when the (Veerashaiva) Mahasabha took a rigid stand on things unrequired. It is this which widened the rift between the pancha mathas and the other mathas, and it has been aggravating ever since.

In one sense, what we are seeing now is a natural sequel of that?

It is a very complex issue. It cannot be confined to only to the Lingayats. It has its bearings also on the economic gains to be obtained by making oneself a minority in the country. Reservation has outlived the constitutional definition but it is necessary to continue it because social justice could not be achieved within that time frame. Other sections have innovated an ingenious way of claiming its share of the cake. More number of communities are joining the reserved fold; also more numbers are claiming a minority status. Economists and political scientists should analyse this breaking of the walls of reservation. The Lingayat claim for minority status is the sequel of this, and why not?